Does Seagram sleaze incite anti-Semitism?
Anything for a Buck - eh?

Perhaps you could comment on whether the following is an instance of the activity for which Seagram won the Silver Sleaze Award in recognition of its "outrageous contribution to the degradation and coarsening of our culture and its unswerving dedication to the pursuit of profit above principle":

As the above report portrays Seagram as purchasing its majority stake in Interscope Records only after Time Warner had sold its share in response to public outcry against obscene lyrics, Seagram invites the impression that its degrading and coarsening of our culture in pursuit of profit above principle is informed and intentional.

The question that I wish to renew in the present letter is one that I already broached in my letter to you of 31Mar00 — which is the question of whether it should not have been obvious to everybody, most especially to yourself, that you were the worst of all conceivable candidates for the position of world leader of the Jews, and that your assuming the position of President of the World Jewish Congress could only end by heightening world-wide anti-Semitism.  Your three outstanding disqualifications for leadership of the Jews might be as follows:

(1) You are Edgar the Terrible of Seagram.   As Edgar the Terrible of Seagram, you played a leading role in the Alcohol Holocaust.  I have already outlined the loss of life attributable to the Alcohol Holocaust in my letter to you of 31Mar00.  I might add here some estimates of the economic costs attributable to the Alcohol Holocaust — estimates presented on the International Center for Alcohol Policies web site: in the USA, $70.3 billion US in 1985 and $148.0 billion US in 1992; and in Canada, $5.7 billion Cdn in 1981 and $7.5 billion Cdn in 1992.  As Blacks have been among the leading victims of the Alcohol Holocaust, both in lives and in dollars, and as improved Jewish-Black relations must be high on the agenda of any Jewish leader, no one could have been worse suited for leadership than yourself.

Although the Bronfman alcohol business appears to have come into compliance with the law following your father's bootlegging during prohibition, the costs that the Bronfmans have imposed upon society, and the devastation that they have left behind, have in no way differed from those of a drug lord working in violation of the law.  The sight of such an individual as yourself leading the Jews, therefore, can only reflect badly upon Jews, and can only invite disrespect toward Jews for electing, and for tolerating, such a leader.  Of course it will be in the interests of some to interpret this lowering of respect as the psychiatric disorder of "anti-Semitism."

(2) You are extending the Seagram Holocaust to the young.  On top of merely continuing to sell alcohol, you have broken the 48-year tradition of not placing hard-liquor advertisements on television, and the 60-year tradition of not placing hard-liquor advertisements on radio.  As you continue such advertising to this day, the outcry that your violations have exposed American youth to further risk appears not to have overridden your lust for profit.  Thus, your title of Edgar the Terrible of Seagram is deserved not only for your continuing the evil begun by your father, but also for taking the lead in spreading this evil to the young in reckless disregard of their welfare.  In the words of your son, Edgar Junior, "Seeking growth through market share gains alone is a difficult, frustrating and generally unprofitable game" — but that the solution hit upon by the Bronfmans was seeking growth by expanding the market to the young must strike many as cynical if not criminal.  As the cost imposed upon American society of the alcohol industry exceeds the cost imposed by the tobacco industry, and in Canada comes close, Americans and Canadians who wish to stop the slaughter and to unshoulder the economic burden must look forward to the day when the alcohol industry begins to be sued by its victims with the same tenacity that the tobacco industry is today being sued by its victims.

(3) You are a merchant of cultural sleaze.  Joined to your alcohol-selling activities has been your contribution to the spread of obscenity, violence, and perversion, as illustrated by your ownership of Death Row Records, and its parent Interscope Records, and as recognized by your winning the Silver Sleaze Award.

Your incitement of anti-Semitism may be bad, or it may be good:

For reasons such as the above, every day that you continue as president of the World Jewish Congress is another day in which you bring discredit upon Jews.  If the quelling of anti-Semitism is desired, then the discredit which you bring upon Jews must be counted as a loss.  However, if the incitement of anti-Semitism is valued because it promotes Jewish support of Israel and the stampeding of Jews to Israel, then the discredit you bring upon Jews must be counted as a gain.  From this broader point of view, it is not possible to say whether you are the worst of all possible Jewish leaders, or the best.

Do YOU want HYPOCRITE
owners and controllers of Seagrams Sleaze
determining what you may
read? or hear? or say? or write? or publish? 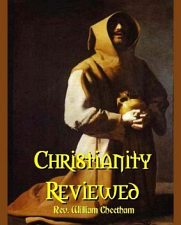