Reflections on the Gujarat massacre
By Harsh Mander

For evil to prevail, all that good men have to do, is nothing.
Edmund Burke.

The author of this article is a serving IAS Officer, who is working on deputation with a development organisation.

Numbed with disgust and horror, I return from Gujarat ten days after he terror and massacre that convulsed the state. My heart is sickened, my soul wearied, my shoulders aching with the burdens of guilt and shame. As you walk through the camps of riot survivors in Ahmadabad, in which an estimated 53,000 women, men, and children are huddled in 29 temporary settlements, displays of overt grief are unusual. People clutch small bundles of relief materials, all that they now own in the world, with dry and glassy eyes. Some talk in low voices, others busy themselves with the tasks of everyday living in these most basic of shelters, looking for food and milk for children, tending the wounds of the injured.

But once you sit anywhere in these camps, people begin to speak and their words are like masses of pus released by slitting large festering wounds. The horrors that they speak of are so macabre, that my pen falters in the writing. The pitiless brutality against women and small children by organised bands of armed young men is more savage than anything witnessed in the riots that have shamed this nation from time to time during the past century.

I force myself to write a small fraction of all that I heard and saw, because it is important that we all know. Or maybe also because I need to share my own burdens. What can you say about a woman eight months pregnant who begged to be spared. Her assailants instead slit open her stomach, pulled out her foetus and slaughtered it before her eyes. What can you say about a family of nineteen being killed by flooding their house with water and then electrocuting them with high-tension electricity. What can you say?

A small boy of six in Juhapara camp described how his mother and six brothers and sisters were battered to death before his eyes. He survived only because he fell unconscious, and was taken for dead. A family escaping from Naroda-Patiya, one of the worst-hit settlements in Ahmedabad, spoke of losing a young woman and her three month old son, because a police constable directed her to 'safety' and she found herself instead surrounded by a mob which doused her with kerosene and set her and her baby on fire. I have never known a riot which has used the sexual subjugation of women so widely as an instrument of violence in the recent mass barbarity in Gujarat. There are reports every where of gang-rape, of young girls and women, often in the presence of members of their families, followed by their murder by burning alive, or by bludgeoning with a hammer and in one case with a screw driver. Women in the Aman Chowk shelter told appalling stories about how armed men disrobed themselves in front of a group of terrified women to cower them down further.

In Ahmedabad, most people I met - social workers, journalists, survivors - agree that what Gujarat witnessed was not a riot, but a terrorist attack followed by a systematic, planned massacre,pogrom. Everyone spoke of the pillage and plunder, being organised like a military operation against an external armed enemy. An initial truck would arrive broadcasting inflammatory slogans, soon followed by more trucks which disgorged young men, mostly in khaki shorts and saffron sashes. They were armed with sophisticated explosive materials, country weapons, daggers and trishuls.

They also carried water bottles, to sustain them in their exertions. The leaders were seen communicating on mobile telephones from the riot venues, receiving instructions from and reporting back to a co-ordinating centre. Some were seen with documents and computer sheets listing Muslim families and their properties.They had detailed precise knowledge about buildings and businesses held by members of the minority community, such as who were partners say in a restaurant business, or which Muslim homes had Hindu spouses were married who should be spared in the violence. This was not a spontaneous upsurge of mass anger. It was a carefully planned pogrom.

The trucks carried quantities of gas cylinders. Rich Muslim homes and business establishments were first systematically looted, stripped down of all their valuables, then cooking gas was released from cylinders into the buildings for several minutes. A trained member of the group then lit the flame which efficiently engulfed the building. In some cases, acetylene gas which is used for welding steel, was employed to explode large concrete buildings.

Mosques and dargahs were razed, and were replaced by statues of Hanuman and saffron flags. Some dargahs in Ahmedabad city crossings have overnight been demolished and their sites covered with road building material, and bulldozed so efficiently that these spots are indistinguishable from the rest of the road. Traffic now plies over these former dargahs, as though they never existed.

The unconscionable failures and active connivance of the state police and administrative machinery is also now widely acknowledged. The police is known to have misguided people straight into the hands of rioting mobs. They provided protective shields to crowds bent on pillage, arson, rape and murder, and were deaf to the pleas of the desperate Muslim victims, many of them women and children. There have been many reports of police firing directly mostly at the minority community, which was the target of most of the mob violence. The large majority of arrests are also from the same community which was the main victim of the pogrom.

As one who has served in the Indian Administrative Service for over two decades, I feel great shame at the abdication of duty of my peers in the civil and police administration. The law did not require any of them to await orders from their political superivisors before they organised the decisive use of force to prevent the brutal escalation of violence, and to protect vulnerable women and children from the organised, murderous mobs. The law instead required them to act independently, fearlessly, impartially, decisively, with courage and compassion. If even one official had so acted in Ahmedabad, she or he could have deployed the police forces and called in the army to halt the violence and protect the people in a matter of hours. No riot can continue beyond a few hours without the active connivance of the local police and magistracy. The blood of hundreds of innocents are on the hands of the police and civil authorities of Gujarat, and by sharing in a conspiracy of silence, on the entire higher bureaucracy of the country.

I have heard senior officials blame also the communalism of the police constabulary for their connivance in the violence. This too is a thin and disgraceful alibi. The same forces have been known to act with impartiality and courage when led by officers of professionalism and integrity. The failure is clearly of the leadership of the police and civil services, not of the subordinate men and women in khaki who are trained to obey their orders.

Where also, amidst this savagery, injustice, and human suffering is the 'civil society', the Gandhians, the development workers, the NGOs, the fabled spontaneous Gujarathi philanthropy which was so much in evidence in the earthquake in Kutch and Ahmedabad? The newspapers reported that at the peak of the pogrom, the gates of Sabarmati Asram were closed to protect its properties, it should instead have been the city's major sanctuary. Which Gandhian leaders, or NGO managers, staked their lives to halt the death- dealing throngs? It is one more shame that we as citizens of this country must carry on our already burdened backs, that the camps for the Muslim riot victims in Ahmedabad are being run almost exclusively by Muslim organisations. It is as though the monumental pain, loss, betrayal and injustice suffered by the Muslim people is the concern only of other Muslim people, and the rest of us have no share in the responsibility to assuage, to heal and rebuild. The state, which bears the primary responsibility to extend both protection and relief to its vulnerable citizens, was nowhere in evidence in any of the camps, to manage, organise the security, or even to provide the resources that are required to feed the tens of thousands of defenceless women, men and children huddled in these camps for safety.

The only passing moments of pride and hope that I experienced in Gujarat, were when I saw men like Mujid Ahmed and women like Roshan Bahen who served in these camps with tireless, dogged humanism amidst the ruins around them. In the Aman Chowk camp, women blessed the young band of volunteers who worked from four in the morning until after midnight to ensure that none of their children went without food or milk, or that their wounds remained untended. Their leader Mujid Ahmed is a graduate, his small chemical dyes factory has been burnt down, but he has had no time to worry about his own loss. Each day he has to find 1600 kilograms of foodgrain to feed some 5000 people who have taken shelter in the camp.

The challenge is even greater for Roshan Bahen, almost 60, who wipes her eyes each time she hears the stories of horror by the residents in Juapara camp. But she too has no time for the luxuries of grief or anger. She barely sleeps, as her volunteers, mainly working class Muslim women and men from the humble tenements around the camp, provide temporary toilets, food and solace to the hundreds who have gathered in the grounds of a primary school to escape the ferocity of merciless mobs.

As I walked through the camps, I wondered what Gandhiji would have done in these dark hours. I recall the story of the Calcutta riots, when Gandhi was fasting for peace. A Hindu man came to him, to speak of his young boy who had been killed by Muslim mobs, and of the depth of his anger and longing for revenge. And Gandhi is said to have replied: If you really wish to overcome your pain, find a young boy, just as young as your son, a Muslim boy whose parents have been killed by Hindu mobs. Bring up that boy like you would your own son, but bring him up with the Muslim faith to which he was born. Only then will you find that you can heal your pain, your anger, and your longing for retribution.

There are no voices like Gandhi's that we hear today. Only discourses on Newtonian physics, to justify vengeance on innocents. We need to find these voices within our own hearts, we need to believe enough in justice, love and tolerance. There is much that the murdering mobs in Gujarat have robbed from me.

One of them is a song I often sang with pride and conviction.

The words of the song are:

It is a song I will never be able to sing again. 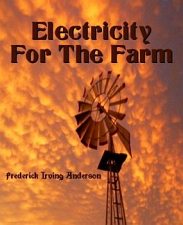