Six years ago, I created a Web page called HateWatch, concerning the subject of online hate groups. Although having evolved into one of the Web's best-known civil rights resources, HateWatch is going offline. While we on the HateWatch staff understand that this decision may evoke mixed reactions, we believe that we have succeeded in fulfilling the mission we set for ourselves: to educate the online community about bigotry on the Web, and to provide tools for combating it.

In 1995, when HateWatch first began examining the issue of online hate, popular thought suggested that the Internet would provide an enormous boost to hate groups seeking to recruit new followers. From the beginning, these organization's self-proclaimed desire to create a digital "white revolution" was carefully monitored and documented by civil rights organizations, HateWatch among them. The standard and often repeated quote was that the "Internet is the greatest thing to happen to hate." Much to our joy, it has in fact been one of the worst.

As essayist Logan Pearsall Smith wisely observed in a statement that has served as HateWatch's motto since its inception, "How it infuriates a bigot, when he is forced to drag out his dark convictions." We quickly learned that while hate groups, who once thrived and created fear in the shadows, wither and hid from the public scrutiny of the Internet. What these groups didn't count on was that forcing their way into people's homes via the Web would have the effect of mobilizing ordinary people to join in the fight against them. Far from persuading a supposed "silent white majority" of angry Aryans to join their ranks, these self proclaimed white warriors, made moms and dads into determined anti-hate activists.

Now, in 2001, the news is much more encouraging than any of us expected. Hate groups have done an extremely poor job of using the Internet to increase their membership. They have utterly failed to gain widespread acceptance for their belief that bigotry, hate and violence are viable responses to human diversity. This is not to say that we no longer have cause for concern. The advent of the "lone wolf" gunman whose hatred may be fed by hate group propaganda, bigoted organizations who use e-commerce to support their hateful enterprises, and the newly emerging racist cyberterrorist, all will continue to present great challenges to law enforcement and online civil rights. And with this, the struggle continues.

It has been an amazing journey for me, and one that will be continuing with my new project Paragraph175.org. I would like to thank the staff at HateWatch and all those who have assisted in our work for their generosity and dedication. I am honored to have worked with some of today's most committed and courageous civil rights activists. But there is still work to be done. It is my hope that others may be inspired by HateWatch's example and to continue the fight against bigotry in all its forms, working toward ensuring civil rights for all.

The most recent available hate crimes statistics compiled by the FBI are for the year 1998. During 1998, 7,755 hate crime incidents were reported to the FBI by 10,730 law enforcement agencies in 46 states and the District of Columbia, covering 80% of the population. The 1998 statistics reflected the following:

Number of incidents by Bias Motivation:


Out of a nation of more than 250 million people it would seem that we are starting to 'get along' together. We could however, improve by at least .003%, and then we would have no hate crimes. Perhap the words to an old song have partially rung true, "Come along people now, love one another."

So, why doesn't the CJC, Canadian Greens, Trident Servers(Ohio), 50 Megs.com(Utah), etc., face these FACTS and quit trying to control the internet for their OWN PRIVATE AGENDA?

As most of you know and are well aware of -- the owner of this site, David Icke, does not endorse, encourage, or support hate of any kind towards any human.

We have to admire and thank Mr. Goldman for
TELLING THE TRUTH! 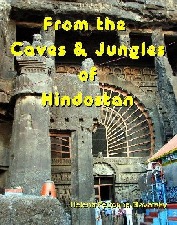