Some news/revelations from South America. Basically I work with a guy who is has german parents, who was born and works in Colombia. He told me a very interesting story when I arrived. His father had been a right hand man of Hitler-(in Hitlerīs youth-his aryan blue eyed,blond haired next generation). He had escaped at the end of the war with various Nazis, who spread themselves out through the Latin continent so as not to be discovered. He told me that Htiler did not die as was reported, but actually lived until 1980 in Brazil, (reportedly working as a major drug baron).

The (Hitler) bodie(s) found in the Berlin bunker were so badly mutiliated that it was impossible to verify them from dental records etc. I found it very strange that somebody should want to say that his father was a Nazi, and he himself didnt know until his father was on his death bed and told him everything from killing Jews in concentration camps and the strong occult links that they kept.

My friend was once walking with his father when a western man came up to him and said "Hi Johan" when his name was actually Wilmer!!(names changed) His father went every year to different sites to meet with the rest of his remaining Nazi friends and supposedly with Hitler as well. David basically I trust this man and I promise he is not a Nazi! I would love to find out more about what he is saying. His father burnt all of his papers before he died but I have heard that a student in the university of Los Andes (Bogota) are writing a book on the subject. I can see how it would have been difficult for Hitler to escape when so many people who had so much to gain from his death. I also find it difficult to believe that the Rothschilds would have helped him after he put them in jail in France!

However Hitler was a man who survived so many assasination attempts(accredited to his black magick īprotectionī) that I will not dismiss the story due to the trusted source who told me.I have reported everything in slightly less detail than recieved, any developments I will of course send in, 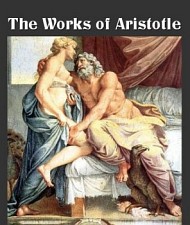