Modern techniques of money laundering began back in the 1920s when Americans decided to rid their fair society of that evil drug Alcohol. Alcohol was destroying the social fabric of this nation! So we enacted a constitutional amendment and ushered in the Era of Prohibition. We had solved our problems in the lawyerly fashion of passing a law saying they weren't allowed to exist! So they all disappeared! Paradise was at hand! Some people, however, saw it as a great opportunity to get rich. Al Capone, for example. And Joseph Kennedy. And the Bronfman family of Canada.

Exporting alcohol to the U.S. was not illegal in Canada; it was only illegal to import it from the U.S. side. (It was however, ILLEGAL when it crossed the international boundary) Naturally those writing checks to pay for imported Canadian booze didn't like to be so obvious as to make them out to Bronfman. So the Bronfmans opened up an account at the Bank of Montreal under the fictitious name "J. Norton". Since no one knew anything at all about J. Norton, money could be wired to this account from the U.S. Or U.S. cash or checks could be used to purchase a bank draft made out to "J. Norton" at any branch of the Bank of Montreal. These drafts could then be deposited into the bank account of any Bronfman-controlled company. The company treasurer would see the name "J. Norton" and credit the payments to the company's U.S. Booze account.

Modern laundries are complicated versions of simple structures like that established by the Bronfmans. The operational head of the laundry is frequently a lawyer, who deals with the contracts needed to put the structure into place. Donovan Blakeman, a Toronto lawyer who handled the finances for an international drug ring in the 1980s, called his structure "the Spaghetti Jungle". It involved eleven shell companies in the Channel Islands; fifteen other shell companies in the Cayman Islands, Switzerland, the Netherlands Antilles, Liberia, and the British Virgin Islands; fourteen secret bank accounts in the Channel Islands, Liberia, and other places; and real estate developments in West Palm Beach, Florida; Barrie, Ontario; and Kitchener, Ontario. Eventually the drug profits would be used to purchase real estate. The money for the purchases would come from "offshore investors"--one of the many "Spaghetti Jungle" shell companies ultimately owned by the same drug ring.

Heavily invested in the US music, entertainment, and communications industries, the Bronfmans are generally considered sacred cows, off-limits to severe criticism by mainstream pundits.

On occasion, some of the Chinese foreign exchange transactions also go through Harris Bank in combination with Bank of America. The San Francisco-based worldwide enterprise is owned principally by the French Rothschilds jointly, historically, with the Jesuits.

source:
Excerpt from an article at:
http://www.freerepublic.com/forum/a364cbdeb0e2b.htm 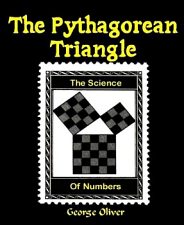