Wake up world. It is private groups like this that are the 'hidden hands,' the 'shadow governments,' people controlling and manipulating public policy and goverments into performing their 'private agenda.'

Note their name is COPYRIGHTED.. which immediately tells you it is not a government organization. Members-Partners are the only ones allowed to view certain content on the site. If this IS a government site, then why are these people getting 'privileges' not allowed to the public that pays for it?

Remember - NO ONE elected these buffoons to ANYTHING! The people did NOT choose these people/reptiles or these companies to represent them. This is corporatism in action, making decisions and forcing decisions (behind the scenes) by people only interested in corporate profits and corporation controlled governments.

Ask yourself.. since this is a private, members (partners) only organization... then how can publicly funded, taxpayer draining, government bureaucracies be members of a private partnership at taxpayer expense?... Or is this where the puppets of governments receive their controllers' orders?

When you really look closely at an organization like this one, remember that all the hype about the good they are doing is simply 'smoke screen.' Yes, they may do a few of the things they list, and some of the other names on the site could be innocent victims, or puppets. But, if WE, you and I, had the power, money and resources listed in this partnership...we could have already rebuilt New York City several times over from the ground up.

Notice also, the same names again, which you find in the Council of Foreign Relations, Bilderbergers, etc. Same bedfellows, same criminals. How many coincidences does it take to make a conspiratorial fact?

This is only a small partial list of all the names you can find on their directors and partners. However, the first section of name was removed from their website. (but we found it anyway!)

"Today, the Partnership/Chamber is the city's preeminent business and civic organization dedicated to improving the city's economy and making New York a better place in which to live, work, visit and conduct business.

Acting through the New York City Partnership and Chamber of Commerce, the city's business and civic leaders will make certain that New York's position as the business capital of the world will be secured now and through the next generation. "

(By whose authority can they 'make certain' anything? Non-elected hidden hands! When did the people of New York City give this private partnership the right to do this?)

The Hidden Hand at Work

Wake UP New York! Your UNelected SELF-appointed representatives have NO RIGHT to influence your government officials.. These are CORPORATIONS - not HUMANS 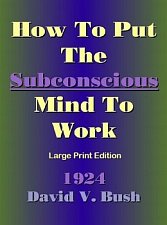