Sai Baba: What I Believe is the Truth Behind Recent Negative Media Stories:

I have read the various allegations about Sai Baba concerning sexual abuse.

These stories were probably first started by Tal Brookes. Tal has lied about many things (eg That he was the No. 1 western follower of Baba). And it is worth noting that it has been said that he was an associate of Timothy Leary, a member of the CIA who helped to develop LSD. For more information on Tal see:
http://people.delphi.com/bongiovanni/reptb.htm and
http://www.kheper.auz.com/topics/gurus/Sai_Baba.htm#Tal

Second, regarding the stories that Baba has anointed some men with oil on their penis. From speaking with people who have had interviews, I understand that these stories are true. This does not totally surprise me. We in the west need to realize that India is culturally miles different from us. In India it is disgusting if a husband and wife walk around hand in hand - but it is perfectly acceptable for any man to walk around arm in arm with any other man!!! I imagine that this anointing is part of a healing to remove negative energy.

I can only say, from my own experience that people who follow Baba's teachings seem to end up with a lot less lust than many other people. The atmosphere in Puttaparthi feels very clean and pure. While there I was very impressed that I received NO looks of lust from men, which is not what I always experience outside his ashram.

However, I have NO doubt that the stories regarding sexual abuse are false.

Just to be practical - they are meant to happen during interviews! While ten, twenty thousand or more people are waiting for Baba outside!!! And the back room, where these incidents are supposed to take place, is divided by only a material curtain, which moves back and forwards in the breeze!!! With dozens of people in the adjoining room!

There is one possibility which explains the numerous stories going around about Sai Baba and sexual abuse which no one seems to have thought of.

It is surely relevant that these stories are only just now starting to get out - after all, Baba is SEVENTY FOUR years old. There are literally tens of thousands of stories about the good actions of Sai Baba. It is a shame the papers don't want to advertise the good things Baba has done, like provide a totally free $100 M. super specialty hospital that anyone can go to for major surgery (even you) - surgery that would normally cost hundreds of thousands of dollars.

I used to wonder why we never heard any negative stories about him. I believe Baba had the power to stop these, but has for some reason decided to allow them now. Since there is organized evil on this planet, which is involved heavily in the occult etc., Sai Baba is the kind of person that they would want to attack. His positive effect on so many people's lives is huge.

It is possible that some of the people who have created these stories are victims of mind control by the 'bad guys'.

I felt that there might be trouble for Sai Baba down the track when I read "Divine Memories of Sathya Sai" by Diana Baskin. Diana Baskin is the daughter of a Swiss banker and an Italian aristocrat. She lived with Baba for 10 years. It was she and her husband who told Baron Rothschild about Sai Baba, which caused the Baron to go and see Baba. But Baba ignored the Baron completely. Instead Baba chose to see a group of very poor Nepalese.

I doubted that someone as "important" as Baron Rothschild took kindly to this type of treatment. I felt that it would be just like a Rothschild to start brewing some kind of revenge. And remember - the Rothschilds have access to almost limitless resources.

An important new book "Secret, Don't Tell: The Encyclopedia of Hypnotism" by Carla Emery (www.hypnotism.org) gives many stories, some from court proceedings, which prove that the 'bad guys' can easily get 10% of the population to do anything they want, purely through hypnosis.

In opposite to what most people believe, it is relatively easy to get these people to perform unethical actions, including murder, prostititution and robbing banks through hypnosis. This is without the extreme mind control techniques described in books like "Trance Formation of America". And if you think that you can never be hypnotized, think again! According to Carla Emery, the more intelligent a person, the more likely it is that they can be hypnotized.

Ask yourself the question, since we can hardly ever get any REAL, UNBIASED news in the media, how come this story made the front page of the Melbourne Sunday Age newspaper? For more information, do a search on "New World Order" and "Illuminati".

One piece of evidence in favour of Sai Baba is the fact that the people who are spreading these bad stories get some of their facts wrong. The miracles ARE real. The proof? No one else could afford to produce the things that Sai Baba has produced! I have met people who have rings made by Sai Baba. They had the rings valued - the jewellers could not put a price on such perfect, and such huge diamonds.

Recently there was a video made by the British Broadcasting Commission. They interviewed David Bailey, one of the top, if not the top, pianist in England. He has played for the Queen etc. On the video Bailey said that he also had his ring valued, and the jeweller said that it was real.

Anyone who thinks that the tons of gold and jewels Baba has manifested for people, are fake, is not considering the facts. He made these things for many of the wealthy people of India - a land full of gold and jewels. These people know the difference between real gold and fake gold. If the gold and jewels were fake, you would have heard about it long before now.

The best way to get to know Baba is through his energy. His energy has been in my life for years, and I feel only good, peace and happiness from it. On the contrary, when I have been connected (even unknowingly) with people who have the energy of sexual abuse, I feel awful.

An example - I worked on a little girl in Indianapolis who was the victim of sexual abuse. I just did a normal kinesiology session on her - it wasn't directly related to the abuse, I was just attempting (at the request of her mother) to remove the reason why the little girl kept lying. After that session, I got sick as a dog for four days. Before that, I hadn't been sick for more than a day for years. I didn't start to get better until the second day when I rang my sister to see if she could figure out the reason for my sickness, and she explained to me that when abuse is involved, a person's chakras nearly always get connected to the chakras of the abuser. With that knowledge, I was able to heal myself.

Baba has the complete opposite of this kind of energy. One way to experience Baba's energy for some people is to read some of the many books written by people who spent much time with Baba. His energy, teachings and guidance have softened thousands of heardened hearts and encouraged many, many people to live better lives.

While at Puttaparthi I observed the action and faces of dozens of young boys in the presence of Baba on about 14 occasions. On every occasion the looks of radiant joy and happiness told their own story. I have seldom send western children look as happy as those boys did.

Many of the individuals who claim to have first hand knowledge of Baba's alleged sexual exploits, seem to be very weak characters who have latched onto the Swami in a kind of all-encompassing adulation. (Hypnotised?) It just dosen't add up.

Accusations of paedeophilia or sex abuse are the the most effective way to destroy someone's credibility. Remember Janet Reno voicing her concerns over the child-abuse victims at Waco? How did she resolve these concerns?

By burning them all to death!

David Koresh was completing a thesis on the prophetic Revelation of St.John the Divine. (Which contains many references to the paradise within Hollow Earth, if you understand it's meaning.) Such allegations always leave a question mark over an individual or group, and justify the State tyranny imposed to eradicate the 'threat.'

I believe this is a distraction, where once people where tuning into the Avatars discourses, now they are having discourse on sex abuse! Sai Baba says don't waste your energy on this and I agree....whether it is true or false, turn your attention to godliness, not the works of Satan! 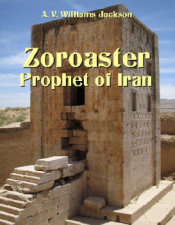