Hi David,
Without sounding simple minded, I believe that divine forces are responsible for exposing this current U.S.election manipulation,by bringing to light the mess with the state of Florida (for which the son of George Bush, is the govenor of Florida...a state which has a significant role in the outcome of the presidential election.) Please David tell me: knowing that the Bush family is in "that elite bloodline of Europe", I ask what role does Al Gore play? Is he of this bloodline too? [The answer is YES, Bush and Gore are COUSINS from the same bloodlines] If yes, then who, in the political leaders, is not? [ Good question! ]

It is fascinating to watch this bizarre turn of events happening, in this election, to the most signifcant world power. My intuition tells me that Gore will now have the divine forces protecting him. Check your sources. I would love to hear some feedback from you. (I had the pleasure of hearing you speak one evening on the World Community Educaiton Society and seeing you in Las Vegas in early May. I love your work. Take good care! Lots of love to you and your loved ones.

In effect, the year 2000 presidential election has been cancelled. So, to be legally accurate, I prefer to call it the alleged "election". Here is what is happening as of the time I am writing this posting:

1. Good sources told us long before the alleged "election", that the matter may be resolved in Chicago. The Mayor of Chicago, Richard M. Daley, has his brother William as the Gore Presidential Campaign Chief. In previous stories, I have written about Federal Emergency Management Agency. FEMA officials, some of whom are also federal judges, such as in Chicago [unconstitutional, right?], have reportedly been communicating with the two Daleys. They demand "co-operation", impliedly a threat. That is, that the Mayor and his brother not stand in the way of the FEMA officials orchestrating the outcome. As we have pointed out in 1991 in federal court, and in my previous posting, FEMA is ABOVE the U.S. Constitution, ABOVE the presidency and the Congress [unconstitutional, right?].

2. The Florida presidential vote matter is to be submitted, under Florida law making it mandatory, to an automatic recount because of the closeness of the alleged result. Vote fraud has been raised. [What about the TV and radio networks OWN VOTE FRAUD through their votescam computer in New York?] The recount matter would take at least until after February, at the earliest, making the usual Presidential inauguration cancelled. Some thought President Clinton was hallucinating, when months ago he said he is not leaving the White House even after the year 2000 Election. If the recount is challenged in Court, the matter would go on, according to my estimate, to April or June, 2001, at the earliest.

If the matter gets to Court, the Democrats may well publicly proclaim that Florida judges are beholden to the American CIA. Remember how the Florida judge barred testimony implicating George Herbert Walkert Bush, in the Manuel Noriega prosecution. Old man Bush, as former head of America's secret political police, the CIA, installed various dictators, including Iraq's Saddam Hussein and Noriega, among others. Revelations about the CIA's domination of the Florida judicary inevitably may have something to say about The Coca-Cola Company and the CIA and the Courts, in next door Georgia. [See our website series, "Coca-Cola, CIA, and the Courts".]

3. Like in the Tilden-Hayes mess in the 19th Century, the Bush-Gore matter will most likely be submitted to the Electoral Commission, under the 12th Amendment to the U.S. Constitution. In the prior commotion, they reached a compromise as to how post-Civil War reconstruction was to proceed. In the current controversy, they may ORDER a compromise, that is, that a person, not on the year 2000 Presidental Election ballot, be selected, by the Electoral College, as the "elected" President. That has been pre-judged to be John D. Rockefeller 4th, who calls himself Jay to be cute.

The Democrats have various blackmail bargaining chips when blackmail has traditionally been the criterion as to key matters:

* Documents exist showing the elder Bush was implicated in covering up the plot to assassinate President John F. Kennedy. [One such document is posted in a previous story of mine as to Bush.]

* Documents exist showing the Bush family is directly in business with the Queen of England through her bank, Coutts Bank, London. [See our prior series, Greenspan Aids and Bribes Bush.] Since the War of 1812, the British have vowed to take back this continent as a British puppet colony. William Rockefeller Clinton was sent by the Rhodes Trust to be educated at Oxford. The Rhodes Trust is pledged to overthrowing the American government and restoring British domination. The Brits played a role in steering up known hostility between the South and the North, Divide and Conquer, to foment the American Civil War. The Brits ran the Union forces blockade to supply weapons to the Confederacy. One Confederate top official fled this Continent and lived out his life in England. The British played a role in the political assassination of President James Garfield and President William McKinley, who opposed Britain trying to dominate American aspirations and industrial development.

Clinton took a pledge to support the Rhodes Trust. He did not finish his Oxford education, having been ordered, under threat of criminal prosecution, to leave England for having raped a British woman. Later, as President, he twice took an oath at Inaugurations, to support the U.S. Constitution against all enemies, foreign and domestic. Which oath did this pathological liar intend to keep? To the Rhodes Trust or to the U.S. Constitution?

* When he was Vice President and later President in the 1980s, the elder Bush arranged to flood the U.S. with dope from Colombia. As v.p. Bush was supposed to be head of the South Florida Dope Interdiction Task Force, or some group with a similar government name. His sons George W. Bush and Jeb Bush were implicated in picking up cocaine for their own use in airplanes they flew into a Florida U.S. Military base. The Bush family are implicated, through 25 secret bank accounts worldwide, in laundering billions and billions of dollars from the dope traffic.[See our website story with documents attached there.] Greenspan,, as czar of the Federal Reserve, authorized this dirty business.[Greenspan's secret authorization codes are shown on some of the posted documents.]

* A picture exists, made by an undercover team of the Drug Enforcement Administration, showing George W. Bush snorting cocaine with his buddy William Rockefeller Clinton. You have been asleep, if you did not know that Clinton and the Bush family are cronies and get together at old man Bush's mansion in Kennebunkport, Maine. The picture has long been suppressed although in the possession of top news people of the major news networks. The Gore campaign reportedly has for some time had the picture. [They would like to show George W. but not Clinton.]

4. Greenspan has conferred with Clinton on the matter whether to close down the stock and commodity exchanges, and even interfere with transactions of U.S. Bonds. [Little known fact: large purchases of U.S. Bonds by Japan and Saudi are backed by gold. U.S. purchasers of U.S. bonds have no such benefit.] Foreign countries may have reason to lose confidence in the American central government. Britain relishes that idea, when as mentioned, since the War of 1812, England vows to overthrow the American government. In its simplest form, Clinton has been a British agent, bringing intentional discredit to the American government through his lying and his sexual predatory episodes, such as raping Juanita Broaddrick, and using the room next to the Oval Office for his episodes with Monica Lewinsky. [Since Clinton is an illegitimate great-grandson of old John D. Rockefeller, who created the infamous Standard Oil trust, no sensible member of the U.S. Senate would have dared be in favor at an impeachment trial of removing Clinton as President. Legitimate great-grandson John D. Rockefeller 4th may be foisted as alleged "President" on the American people by the blackmail and trickery.]

5. Great secrets of the U.S. may come out in the apparent unfolding emergency. Such as the high-level CIA plots to assassinate President Kennedy, Malcolm X, Kennedy-family friend Dr. Martin Luther King, Jr., Robert F. Kennedy, and the airplane-bombing that took the life of John F. Kennedy, Jr., who intended in 2000 to run for President. The Kennedy family, however, has been silenced by financial benefits awarded them following each assassination. [See my website series, "What Happened to America's Golden Boy".]

In an era, starting some 40 years ago, when political murder is the unofficial policy of the American secret police, I intend to keep with our strict policy of not risking or revealing sources, even to those who are skeptical despite our four decade history of exposing profound secrets and corruption. Internet may get mysteriously plugged up.


Thanks C. for sending this in. 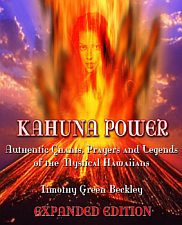