Tippecanoe and Tyler, too !!

In 1845 U.S. President John Tyler signed the Treaty of Annexation with Republic of Texas President Anson Jones. Under great suspicions of law and authority, Texas presumedly became a state of the union of American States by this treaty.

This treaty has disappeared from the Library of Congress. A Texan National asked for a certified copy in November of 2002 from the Library and after hours of searching, could not locate the document.

Since it was a treaty between two nations, there should of course be one on file in Texas. Researchers went to the Secretary of State in Texas seeking a certified copy of this treaty and again -- it's missing.

In 1861 President John Tyler stated that Texas did have the right to secede from the United States. Who would know better than the person who negotiated and signed the treaty? !

For this statement of fact and truth, the Federal Dictators in Washington, D.C. declared U.S. President John Tyler the Number One Enemy of the United States.

Myth, rumor or fact has it that the treaty included secret agreements between the two nations. If so, these seem to be intentionally covered up by the 'missing' treaty. More Fraud.. More Coverup.

John Tyler's daughter designed the 1st flag of the Confederate States. It is referred to as the 1st Stars and Bars.

Tyler, Texas was named for this statesman that stood up for truth against the tyranny of the United States Federal Government.

The city is infamously known as having the only sheriff department with an assault tank, which has been used to violate the people's rights and freedoms throughout Texas, an obvious contradiction to it's namesake, John Tyler.

When President William Henry HARRISON died in office on April 4, 1841, John Tyler became the first VICE PRESIDENT in American history to be elevated to the presidency. He came to power at a time when the new WHIG PARTY was badly divided. The Northern Whigs, led by Senator Henry Clay of Kentucky, favored government aid to industry, a national bank, and government funds to build roads and canals. The Southern Whigs, headed by John Tyler, believed that government was best when it governed least. Many of them, like Tyler himself, were ex-Southern Democrats who had joined the Whigs in the 1830's because of their dislike of Democratic President Andrew JACKSON. The Southern Whigs favored states' rights. They had more in common with the Southern Democrats, led by South Carolina Senator John C. Calhoun, than with the Northern Whigs.

No sooner had Tyler taken office than he became involved in a personal and political feud with Senator Henry Clay. This dispute split the Whigs further and made Tyler's years in the White House bitter and difficult ones. Indeed, he spent much of his time vetoing, or disapproving, bills that the Clay Whigs had pushed through CONGRESS. As a result, Tyler was expelled from the Whig Party. He was the only U.S. PRESIDENT to have been ousted by the party that had nominated and elected him.

After that, Tyler worked more closely with the Southern Democrats. With their aid, he was able to accomplish much in the field of foreign policy. In 1842 he and Secretary of State Daniel Webster negotiated the Webster-Ashburton Treaty with Britain, which settled the boundary between Maine and Canada. More important, in 1845, Tyler brought about the annexation of Texas to the United States. He considered this his most important contribution. It made up for all the defeats and disappointments he suffered in the presidency.

John Tyler was born at Greenway plantation in Charles City County, Virginia, on March 29, 1790. Tyler's mother died when he was 7, and the boy was raised by his father, Judge John Tyler, who later served as governor of Virginia. As a youth, Tyler was frail and never in very good health. He was, however, an excellent student. He graduated from the College of William and Mary in nearby Williamsburg in 1807. He then studied law and in 1811 began to practice in Richmond. That same year, at the age of 21, he was elected to the Virginia state legislature.

In 1813, Tyler married Letitia Christian, the daughter of a Virginia planter. They had eight children. She was an invalid when Tyler became president and made only one public appearance, at her daughter Elizabeth's marriage in 1842.

Except for the years 1834 to 1844, when he called himself a Whig, John Tyler was a life-long Democrat. He was elected to almost every office open to a professional politician. From 1811 to 1816 and again from 1823 to 1825 he sat in the Virginia House of Delegates. From 1816 to 1821 he served in the United States House of Representatives. He was elected governor of Virginia in 1825, but he resigned in 1827 to enter the United States Senate. There he remained until 1836. In that year he resigned his Senate seat and left the DEMOCRATIC PARTY rather than support policies of President Andrew Jackson that he believed unconstitutional. In 1836 he ran for vice president. Defeated, he returned to the Virginia House of Delegates in 1838. He was serving as Speaker of that body when the WHIGS nominated him to run as vice president with William Henry Harrison of Ohio in the exciting "Tippecanoe and Tyler too" campaign of 1840. "Tippecanoe" was a nickname for Harrison, who had won the Battle of Tippecanoe against the Shawnee Indians in 1811.

Tyler's nomination was designed to balance the ticket. The Whigs thought it a shrewd idea to put a man who was a former Southern Democrat on their ballot to draw votes in the South. They did this knowing that Tyler's political principles were not supported by Harrison, Clay, or the Northern Whigs. Thus, when Harrison suddenly died in office, the surprised Whigs were faced with a man in the White House who opposed much of their program. Clay quickly set out to drive Tyler from the party and from the presidency. He wanted the presidency for himself in 1844.

Throughout his long political career John Tyler held rigidly to certain beliefs. He could be a very stubborn man when he believed he was right. He thought that only educated men who owned property should have the vote. He was very upset when General Andrew Jackson appeared on the political scene in the years between 1824 and 1828 as the popular leader of the common people. Tyler never trusted Jackson. He worried that a military man in the White House might by pass the CONSTITUTION and establish a military dictatorship.

Tyler felt that each state should run its own affairs and that the federal government should stay within the powers assigned to it in the Constitution. Like most Southern politicians of that day, he also believed in low tariffs, or taxes on imports.

Regarding slavery, John Tyler accepted the institution as he found it. He did not think that slavery was good; he simply felt that to abolish it overnight would create more problems for the Southern whites than it would solve for the Negro slaves. He favored gradual abolition of slavery.

He strongly opposed the powerful Bank of the United States. This national bank was a partnership between private business and the federal government. Tyler argued that it was an unequal partnership. He also felt that the very existence of the bank was unconstitutional. He pointed out that while the government deposited its money in this bank, it was actually run by the small group of wealthy businessmen who controlled most of the stock. Tyler charged that these men ran the bank more in their own selfish interest than in the public interest. He demanded that the government withdraw its money from the Bank of the United States and put it in various state banks. This would (and eventually did) ruin the Bank of the United States. He was happy, therefore, to see President Jackson remove the government's funds in 1833, although he did not like the way Jackson went about it. 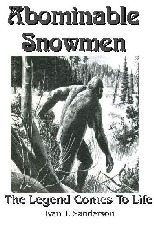