Chemical warfare (CW) agents (also referred to as chemical agents) remain a continuing threat to U.S. forces through the 1990s. Delivery may be accomplished by multiple means, causing extensive injury and contamination. Traditionally, threat commanders have regarded chemical weapons as a part of their conventional arsenal. The Chemical Weapons Convention (CWC), signed by 130 countries in January 1993, will take many years to fully implement and to verify the destruction of known chemical weapons stockpiles. Some countries with offensive chemical warfare programs, like North Korea and Iraq, have not signed the CWC. In spite of the CWC and other diplomatic efforts, chemical weapons will be available to threat forces in regions where U.S. forces may be deployed. 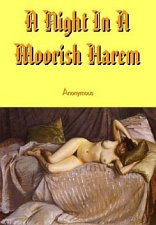