On November 18, 1978, in a cleared-out patch of Guyanese jungle, the Reverend Jim Jones ordered the 911 members of his flock to kill themselves by drinking a cyanide potion, and they did.

The cultists were brainwashed by the megalomaniac Jones, who had named their jungle village after himself and held them as virtual slaves, if not living zombies. Jones himself was found dead. He'd shot himself in the head, or someone else had shot him. Square-jaw, jet black hair and sunglasses, looking like a secret service agent on antipsychotic drugs, Jones takes his place alongside Charles Manson in America's iconography of evil.

But was Jones really a lone madman as Americans are so often advised about their villains? Is it plausible that more than nine hundred people took their own lives willingly, simply because he told them to? Or is there another explanation?

Not long after the slaughter in Jonestown, whispers began--strange hints of human experiments in mind control, even genocide, and the lurking presence of the CIA. At the very least. these stories maintained, the U.S. government could have prevented the Jonestown massacre, but instead it did nothing. At worst, Jonestown was a CIA-run concentration camp set up as a dry run for the secret government's attempt to reprogram the American psyche. There are suggestions of parallel "Jonestowns" and that the conspiracy did not end with the deaths in Guyana.

Jim Jones was born May 13, 1931, son of a Ku Klux Klansman in Lynn, Indiana. His mother, he claimed, was a Cherokee Indian. That has never been verified.

An unsupervised child, Jones became fascinated by church work at an early age. By 1963 he had his own congregation in Indianapolis: The People's Temple Full Gospel Church. It was an interracial congregation, something then unheard of in Indiana. Young Jim Jones crusaded tirelessly on behalf of blacks. He also suffered from mysterious fainting spells, heeded advice from extraterrestrials, practiced faith healing, and experienced visions of nuclear holocaust.

Certain that Armageddon was imminent, that Indianapolis itself was to be the target of attack, Jones sought guidance. He found it in the January 1962 issue of Esquire magazine. An article in the occasionally ironic men's mag named the nine safest places in the world to get away from the stresses and anxieties of nuclear confrontation. One of those retreats was Brazil. Intimations of Jones's link to the CIA begin all the way back there.

According to an article in the San Jose Mercury News, Jones's neighbors in Belo Horizonte, Brazil (where he lived before moving to Rio De Janeiro), remembered his claim to be a retired navy man who "received a monthly payment from the U.S. government." They also remembered that Jones--who later claimed that he was forced to sell his services as a gigolo to support his family--"lived like a rich man."

"Some people here believed he was an agent for the American CIA," one neighbor reported.

Neighbors' recollections notwithstanding, Jones's biographer Tim Reiterman says that the Jones family "lived simply" in Brazil, subsisting on rice and beans. When he returned to the United States, shortly after President John F. Kennedy was assassinated, Jones told his followers that he had spent his time in Brazil helping orphans. Eventually, he moved his church to Ukiah, California, then to San Francisco, where it became a fundraising force courted by local politicians.

Before Jones arrived in Brazil, he'd stopped in Georgetown, Guyana. Though his stop there was a quick one, he managed to garner some ink in the local media by publicly charging churches with spreading communism. According to Reiterman, it appeared a calculated attempt to "put himself on the record as an anticommunist."

Fifteen years later, he would tantalize his Jonestown flock with promises to move the People's Temple from Guyana to the Soviet Union. In a 1979 book, one former Jones devotee, Phil Kerns (whose mother and sister died at Jonestown), raises the possibility of a Soviet conspiracy behind Jonestown.

"Jones was a Marxist," Kerns wrote, "who had numerous contacts with officials of both the Cuban and Soviet governments." Among other suspicious facts, Kerns notes that shortly before the massacre two People's Temple members spirited $500,000 out of the cult's colony to the Soviet embassy.

Jones's deputies did meet frequently with Soviet officials--so frequently, in fact, that they became a running joke in Guyana's diplomatic circles. Jones told his followers that the CIA had "infiltrated" Jonestown.

Later, as we'll see, others raised the possibility that Jonestown was the CIA.

The temple's dalliance with the Soviets, however, is a wholly plausible point of contact between the cult and the Agency. Reiterman, a skeptic of the conspiracy theory, points out that "the CIA's presence in socialist Guyana...could be assumed." They certainly would have taken an interest in the temple's Soviet contacts.

Why exactly was Jones interested in the Soviets? He must have known that his professed dream of moving the temple to the U.S.S.R. was only that, a dream. He dropped it quickly in favor of mass suicide (a follower asked Jones, shortly before the suicides, if it weren't possible to forget the whole thing and escape to Russia; Jones said it wasn't). If the CIA had infiltrated the temple, or if the temple was, even in part, a CIA operation, then members' sojourns to the Soviet embassy would have had a more pragmatic purpose.

The CIA was first with news out of Jonestown, reporting the mass suicides. The suicides followed an attack, ordered by Jones, on a party led by Congressman Leo Ryan, in Guyana to investigate alleged human rights abuses at Jonestown. The gunmen struck at Port Kaituma airfield, as the Ryan party was preparing to depart. Ryan was assassinated in the attack. Four others died as well. Several more were shot, including Reiterman, then a reporter for the San Francisco Examiner. Among the wounded was U.S. embassy official Richard Dwyer.

Did Dwyer stroll back to Jonestown after the airstrip assault? Was he there during the massacre? Reportedly, at one point on a tape recorded as the killings began, Jones's own voice commands, "Get Dwyer out of here!" Reiterman assumes that this was a "mistake" on Jones's part, that Dwyer was not actually there. If he was, however, the implications are chilling.

Dwyer was an agent of the CIA.

For his part, Dwyer neither confirms nor denies that he was a CIA agent, but he was identified in the 1968 edition of Who's Who in the CIA. A month after the
massacre the San Mateo Times, a Bay Area newspaper (hometown paper of Leo Ryan), reported that "State Department officials acknowledge that a CIA agent was dispatched to Jonestown within minutes of the airstrip assault." Dwyer denied to the Times that he was there at the time. According to one report, Dwyer's next stop after Guyana was Grenada.

Nor was Dwyer necessarily the only intelligence-connected character in Guyana. The U.S. ambassador himself, John Burke, later went to work for the "intelligence community staff" of the CIA. Richard McCoy, another embassy official, has acknowledged his counterintelligence work for the U.S. Air Force. The socialist government of Guyana had piqued the interest of U.S. intelligence for years. If there were covert operations going on there, no one should be surprised.

Leo Ryan's aide Joseph Holsinger feared that the CIA might have been running a covert operation there so sinister it would shock even hardened CIA-watchdogs. In 1980 Holsinger, who'd already discovered Dwyer's presence at Jonestown, received a paper from a professor at U.C. Berkeley. Called "The Penal Colony," the paper detailed how the CIA's mind-control program, code-named MK-ULTRA, was not stopped in 1973, as the CIA had told Congress. Instead, the paper reported, it had merely been transferred out of public hospitals and prisons into the more secure confines of religious cults.

Jonestown, Holsinger believed, was one of those cults.

There were large amounts of psychoactive, i.e., mind-control, drugs found on the site of the suicides. Larry Layton, the Jones lieutenant who became the only person charged in any of the killings (he was in the airstrip hit team, and somehow survived the Jonestown massacre), was described as sinking into a "posthypnotic trance" as he sunk ever deeper under Jones's spell. Layton's own father called him "a robot."

Layton's brother-in-law, the man who arranged the lease on Jonestown with the Guyanese government for Jones, was reportedly a mercenary for the CIA-backed UNITA rebels in Angola. Layton's father, according to Holsinger, was the biochemist in charge of chemical warfare for the U.S. Army at its Dugway Proving Ground in Utah.

Jones himself, the supposed Soviet sympathizer, was once a fundraiser for Richard Nixon, around the same time Jones declared himself the reincarnation of both Jesus and Lenin.

Then there was the problem of the bodies. The Jonestown body count jumped by about four hundred within two days after the suicides, leading to speculation that escapees may have been hunted down and killed. In any case, Guyanese coroner Leslie Mootoo testified that as many as seven hundred of the dead appeared to have been forcibly killed, not "suicides" at all.

"I believe that it is possible that Jonestown may have been a mind-control experiment," Holsinger said in a 1980 lecture, "that Leo Ryan's congressional visit pierced that veil and would have resulted in its exposure, and that our government, or its agent the CIA, deemed it necessary to wipe out over nine hundred American citizens to protect the secrecy of the operation. "

The "operation," if there was one, may have continued after the suicides. There have been attempts to repopulate Jonestown with Dominican and Indochinese refugees, backed by the Billy Graham organization. There was a Jonestown doppelganger in Guyana even while Jones was still in business. Self-styled "Rabbi" David Hill, with his eight thousand-member Nation of Israel cult, was powerful enough to earn the nickname "vice prime minister" in his travels through the country.

One final, weird note: A memo that allegedly passed between Jones and People's Temple lawyer Mark Lane (who escaped the massacre) showed the two pondering the relocation of Grace Walden to Jonestown. Walden was a key witness to the assassination of Martin Luther King, Jr. Lane represented King's accused assassin, James Earl Ray. When the memo turned up, Lane denied that he had discussed moving Walden. (He claims that the memo was part of an "army intelligence coverup" of the King assassination, ostensibly an attempt to discredit him and, through him, Walden.) Most of the People's Temple rank-and-file were black. Most of the leadership was white. Joyce Shaw, a former member, once mused that the mass suicide story was a coverup for "some kind of horrible government experiments, or some sort of sick, racist thing. . . a plan like the Germans' to exterminate blacks."

In 1980, the House Permanent Select Committee on Intelligence announced that there was "no evidence" of CIA involvement at Jonestown.

Notice: TGS HiddenMysteries and/or the donor of this material may or may not agree with all the data or conclusions of this data. It is presented and reported here 'as is' for your benefit and research. Material for these pages are sent from around the world. If by chance there is a copyrighted article posted which the author does not want read, email the webmaster and it will be removed. If proper credit for authorship is not noted please email the webmaster for corrections to be posted. TGS HiddenMysteries and/or the donor of this material does not offer or provide any medical opinion, medical endorsement and/or medical advice as would be defined in law, legal code, legal policy, administrative rules and regulations.. nor does TGS HiddenMysteries and/or the donor of this material endorse the FDA or similar organizations around the world. 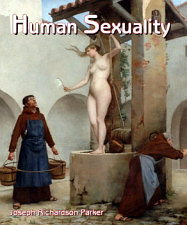