It's What You Don't See That Sells You

The use of subliminal stimuli as a device for motivating audiences in the various media has reached a high level of technical proficiency. It is indeed remarkable that these techniques could have developed over the past decades without anyone's finding out what was going on.

The motive behind advertising is pure and singular: sell and sell and sell. The communicators' techniques of achieving this motive, however, are well hidden. Symbol identification and repression mechanisms, in the unconscious of the multimillion audiences, are used extensively.

Subliminal perception is a subject that virtually no one wants to believe exists, and --- if it does exist --- they much less believe it has any practical application. Doubtless, it would be far more comfortable to simply ignor what is going on.

Every person .. has been victimized and manipulated by the use of subliminal stimuli directed into his unconscious mind...

The secret has been well kept. The average citizen, as well as most ... scientists, simply do not know what is going on.

It is plain that the subconscious is a wicked witch's brew of superhuman interest or all.... the title Gentlemen Prefer Blondes may be both immoral and immortal, because it links hair and gold, faces and feces. For gold and dund have always had affinities, even as the greatest perfumes include a subtle ingredient of excrement.

Since the world of dung and excrement is quite near to the daily conscious level, are we to panic when the admen put these at the bottom of the big hamper of goodies that the proffer the affluent?

Will the graffiti hidden under the lush appeal expedite sales or merely impede the maturity quotient of the buyers?.. It is a strange and tricky game to mount the sweet enticing figure on a rotten ground.

The close relation between sex and violence, between good news and bad news, helps to explain the compulsion of hte admen to dunk all their products in sex by erogenizing every contour of every bottle or cigarete. Haveing readched this happy state where the good news is fairly popping, the admen say, as it were: "Better add a bit of the bad news now to take the hex off all that bonanza stuff."

Let's remind them that LOVE, replayed in reverse, is EVOL---transposing into EVIL and VILE. LIVE spells backward into EVIL, while EROS reverses into SORE. And, we should never forget the SIN in SINCERE or the CON in CONFIDENCE.

A subliminal research study in Canada was taken on by several Professors at the University of Toronto, and the results and interpretations of that study were reported on in the book Subliminal Seduction, which is unfortunately now out of print. Our feature here does not intend to set forth the entire book for you, and hopefully you can locate a used copy or one from your library. It defines and investigates most of the techniques used and mentioned by David Icke in his books, as manipulative mind controlling methods.

Our purpose for features in subliminal mind control, besides investigative information and exposing the truth, is stated as a surprising result of the study. Once you are aware of HOW they control, WHY they control, WHO is controlling, and you accept the FACT that you have been manipulated and betrayed, NONE of these techniques are effective any longer for that person. While you and I may have suspected such a result, this was the first time it was the result of scientific studies.

In the pictures presented you may not be able to see some of the fine details and make out the symbol or feature being discussed, due to the problem of internet and monitor resolutions, and from being scanned from a book, which already destroyed some of the detailing by offset printing from the original artwork. Even through those difficulties you will still be able to see many of the items being pointed out.

This feature is pointedly bringing out the Bronfman company Seagrams, its close relations, Calvert, Time-Warner, and Playboy, and its industry colleague Gilbeys. The connections between Calvert, Time, and Playboy to Bronfman Seagram company go back a minimum of half a century.

The Bronfmans are currently attempting to censor books, ban speakers, impede free speech and press, enforcing 'thought' police actions, influence political and government decisions. All these acts are socialist, communist, and fascist actions--- not the acts of a free society. They are the Commonwealth and European determiners of who is a hate-group and who is not. We hold they do not have the sole right to make these decisions for the free world and have no legitimate authority from the people governed to take their massive fortunes and set forth to destroy people's thoughts, works, livlihoods, and freedoms through mind control, intimidation, and labelling in overt and covert actions.

One of the Bronfmans likes to refer to non-jews as anti-semitic dirty dogs. Remember the Jew Jesus did not want to help one lady and called her a 'dog.' With this racist and hateful labeling and sentiment, it is rather obvious Bronfman was NOT elected by the citizens of Canada, the United States, the United Kingdom, or any nation in Europe, where the gentiles are a majority, to any position of power or decision making over their nation or lives. How then does he manage to get control of these gentile institutions and manipulate them into doing what he wants done, without the use of mass mind manipulation and control? Bronfman is the leader of one of the largest and most powerful hate-groups of the free world, if not the entire world, the World Jewish Congress. This organization and its supporters are filling the world with a hatred, that is not beneficial or necessary for the cause of peace in the nation of Israel or for Jews living around the world.

In a world that is a constant tinderbox of emotions flaring, these 'dirty dogs' sentiments of the Bronfmans, are instilling a renewed, unnecessary, and often unspoken hatred being inflicted upon all Jews alike, whether or not they agree with Bronfman's dirty dog gentile views. In the particular case this was reported, Bronfman had no right to try and interfere in the elections of Austria, and who they may or may not choose as a leader. I congratulate the Austrians for not bowing to pressure from Canadian Bronfman's demands. His public disgust, with his 'dirty dog' labels and attempted intimidation, are uncalled for and shows the hatred he and his organizations have towards the non-Jewish people.

The openness of the Jewish community towards the gentile population, and vice versa, such that was never seen before WW2, was bringing a natural understanding and friendship between the two groups, until leaders of minority factions on both sides started rekindling hatred. Why is this such an important objective with the likes of the Bronfans and some Christian leaders? Yes there are hurdles and barriers still to cross in understanding, but the attitude of this type of leadership, only make the rivers harder to cross, if not impassible at times.

The Bronfman family did business and has been regarded as part of the Al Capone Mob Syndicate and in relation to the Kemper Mob Family of Arizona. This was a major source of the accumulation of their fortunes.

After you see the Bronfman methods of mind control and manipulation in their businesses, we want you to ask yourself, "Do you want these kind of people, determining what you may or may read or hear? Do they have the moral right, in light of these mind manipulative techniques being employed against you, to make a judgment on what is censored? Do you want these non-elected people in decision making roles over your life and freedoms?" We think this evidence is damning to the Bronfman family and all the governments, businesses and organizations they control or influence, employing these methods, both overtly and covertly, including subliminal mind control. If the Bronfmans can employ these disgusting methods in business, then what has stopped them from using them in their connections with the World Jewish Congress, the Canadian Jewish Congress, the Canadian and English Green Political Parties, the Canadian government, and many others? Certainly not morality or ethics or mob mentality. Have they used mind control and manipulation to maintain a stranglehold on the Jewish Congress, against their own brethren? Have they brainwashed all the Jewish people or all of the world into believing a lie?

I don't think they have and those that see these techniques may well question all actions and motives of the Bronfmans and their organizations. Maybe I'm a fool, but I still think there is a slim hope that people can "get together and love one another. Right Now!"

Many of you will not be able to 'see' the things these professors are talking about....That is 'why' the subliminals work! It took me many days compiling this feature before I could relax enough and concentrate enough to actually see much of what they were saying.. but it is there and much more not even discussed. When you get to the Calvert's ad, you will see ice cubes, but after you look at them long enough, like I have, they don't look like ice cubes anymore.

The Bronfman/Calvert connection is in this article, both convicted of collusion in price fixing.

The Bronfman/Playboy connection is in this article, where Playboy answers mail addressed to Bronfman/Seagrams by a doctor complaining about the Bronfman advertising

The Bronfman/Time connection is in this company report, where Bronfman made money on Time-Warner 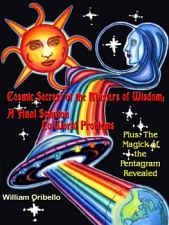