The wire service's confirmation - sent to all its global subscribers - came after a series of exclusive revelations by Seeds of Fire author, Gordon Thomas.

These revelations detail China's links to the terror states, and the secret drug trail China has established through Canada to flood the United States with heroin and cocaine.

Former U.S. Ambassador Ray Flynn has called the book "a wake-up call" for all Americans.

Both the CIA and the Department of Justice have confirmed the veracity of the book's findings - and the impressive number of hitherto secret documents it publishes.

Reuters has confirmed the core of the book's warning - that China is the "missing link" in the "axis of evil" that President George W. Bush has identified.

But Seeds of Fire shows that China will not do that.

"My information from well-placed sources in the region is that China has given all three nations in the 'axis of evil' an assurance that they will continue to support them with state of the art military equipment," said Thomas today.

Again echoing what the award-winning author has revealed, Ross Munro of the Center for Strategic Studies in Washington said: "China is very, very deeply implicated in the axis of evil."

In Seeds of Fire, Thomas details how China has supplied weapons, including chemical and biological warheads to North Korea, Libya, Iran and Iraq.

Said Thomas: "China will give Bush a lot of hollow promises during his visit. But the reality is, it will continue to build up the terror states with arms." 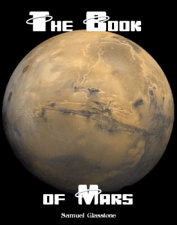