A WAR THAT CANNOT BE MADE RIGHT

by Joe Shea
American Reporter Editor-in-Chief
Los Angeles, Calif.
The dogs of war are barking fiercely in their fragile cages tonight, and it appears they may be break loose any day now. North Korea has begun production of plutonium, the fine white powder that is deadlier than anthrax and far easier to distribute - if it has soldiers willing to go on suicide missions. The linkage between those two events is imaginary, but it only awaits the imagination of a strategic planner and logistics expert to bind these and any other threads of horror into a cohesive plan to hurt the United States. Indeed, we also suspect that Al Qaeda will soon strike wherever America, Britain and Spain are vulnerable. We believe the rage that is building against the United States will not be slaked by war, but by terror that comes here again, and again, and again.

All of this would be made palatable and easier if we could truly feel we are right in visiting a storm of death on the soldiers and civilians of Iraq. But the war we plan is not right, and we cannot escape that fact.

We are on the verge of a great and historic mistake driven by one man who has another year left in his term; let us not hope that he thinks this war will win him re-election. Talk of privatizing Iraq's oil leads inevitably to renewed concern about the fundamental reasons for this war.

There is something fundamentally wrong with President George Bush. He is a sh-t-kicking cowboy, a millionaire oilman who owned a baseball team and the son of a former President who did exactly what his son is planning to do, apparently this week or next. He is a Yale graduate who has trouble pronouncing common words and is given to nonsensical and ungrammatical statements. He looks great on television and has personal courage, but has not used his office to make Americans more free and more prosperous; instead, we have become poorer, more uncertain and afraid, and more vulnerable to an angry world. There are rods of iron in him, but it sometimes seems little else is propping him up. His vice-president, another oilman, is as likely to die tomorrow from his many health issues as to live out his term.

What is wrong with him? He doesn't have the courage to change his mind. If President Jacques Chirac went to Iraq and stood at ground zero in Baghdad as our bombers approached, I doubt our President would change his mind any more than did the driver of that Israeli bulldozer who drove over a Washington State girl on Saturday. There is a failure of compassion and an ingrown political intelligence in his makeup that is driving him where he should not go.

And this war will not be as easy as he thinks. Saddam has a surprise waiting for him, or so it seems from the confident, smiling footage we see on television. But what is history, too, has a surprise for him?

What if warmakers have fallen out of favor with whatever gods there are? The odds of success in a fight in which one nation is attacking another that has not first attacked it, and does so against the advice of most of the civilized world for reasons that are hard to support with evidence, are long. People who make such wars make mistakes, because they have something else on their minds.

Will the war help our economy as much as it has wrecked it? The markets are likely to dive to historic lows - Japan's Nikkei reached a 20-year nadir this Monday morning. Getting to work has become an expensive proposition in cities like Los Angeles that were slow to build mass transit. Job losses are rising as housing becomes more difficult to find at any price. Crooked corporations have devastated the public's faith in our largest and most powerful financial institutions, and Congress has only been able to enforce very modest reforms. The media is consolidating at such a tremendous rate that it is simultaneously becoming all-powerful and all-irrelevant. Our precious rights are slipping away from us, usually because we have allowed them to be taken from others whose faiths or beliefs we dislke.

I believe God rules this world. As I know Him, our war cannot succeed. Thus, President Bush has very little time left to avert a tragic error or learn what our punishment will be. That is the sentiment of an Irishman who prays St. Patrick will either drive that last snake out of Iraq or some sense into this President. 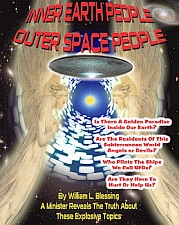