The following was a response to an editorial posted:
Myths About the American War on Iraq

Our comments are in blue....

This was has nothing to do with 9/11. It is about Sadam not complying with the UN resolutions.

Sadam has a hidden agenda to re- invade his neighbours such as Kuwait and would provoke war and build weapons of mass destruction as soon as he could, if he could.

* Oh really. Where's the proof? Show us the evidence. A statement without facts and documentation only proves it as propaganda.

He needs to go.

* Who says? You? Bush? Blair? Who gave you or them the authority and right to 'remove' anyone or any government?

The sanctions against Iraq have hurt his economy and the US has played a big part in this to try and force him to change his ways without war.

* The economy!? So what? The sanctions have killed and starved more children, as documented on many sites and news sources than Desert Storm itself.

If you think Canada is staying out of the war you are mistaken. As we have heard on the news ships in the gulf have continued to support shipping and movements in the gulf, escorting Air Craft Carriers, and are as much a player as we have always been if not more.

* No the Queen controlled government is not staying out of the war. BUT THE PEOPLE OF CANADA HAVE RESOUNDINGLY RESPONDED TO THE WORLD THEIR INTENTIONS OF NO WAR!

The only thing we are not doing is sending troops becuase they are too burned out from the last battle in Afghanistan.

If we had the troops they would be there.

* Short on troops, eh? Don't let Bush hear that! He might add Canada to the U.S. Empire.

The Americans know this. What the politicians are saying about our involvement is just a front. The main issue I am having trouble with is that the US/Britain and Aus have gone ahead without the rest of the world.

* Where's the proof? No doubt Saddam is evil and a criminal by other accounts. BUT, he is no worse and no better than Bush, Stalin, Hitler, Sharon, Blair, Arafat and countless others.

What the US have done is only the tip of the iceberg. Yes now on TV, women and children are being shown as dying; but what has not been shown is the rape, killing, and torture of thousands his own people by Sadam and his brothers.

* Yes and you have leaders of the free world who are guilty of the same crimes condemning Saddam. The pot calling the kettle black. Does the U.S. killing women and children in Iraq any better that Saddam killing them? The logic here is totally flawed. NO ONE has the right to kill these people for any reason, for any excuse or any justification.

They even have torture chambers!

* What the hell do you think is going on at Guantanamo Bay? or happened at Waco? or happens DAILY in prisons in the U.S.?

The whole country lives in fear every day; a repressed culture, women without education and the bare necessities of life.

* You've described most of the people in the U.S. Been in South Dallas lately? Education like the illiterate college degreed President? No doubt the Iraqi people fear Saddam.. but now they fear the U.S.

How would you feel to live like this? So. The US has made a decision for the people of Iraq. ( the jury is still out if it is the right or wrong one).

* That's not the issue.. By what right does the U.S. have to decide anything, at anytime, for any Iraqi citizen.

The USA, as a world superpower/leader has decided to change the government of Iraq; for the betterment of the world.

* Again by what authority, and by what right? I doubt the homeless, maimed children and families consider it betterment. But it probably will be better for British and American oil companies, better for the Halliburtons.

They want to give the people of Iraq a chance to start a new and better life.

I wish the USA and the people of Iraq well. I predict by the end of next week, a new leadership will emerge, Sadam's troops will turn on him ( some have already) and generally the people of Iraq and the rest of the world will be grateful to the USA.

* I hope similarly too.. that the killing by Saddam, Bush, Blair, Howard will stop. But if history holds true.. the U.S. will not receive gratitude.. but disdain from the world. NO ONE elected the U.S. to be the world's big brother or police force. They self-appointed themselves to that role. That is by definition tyranny.

I think the world needs to ask itself; Why do the children HAVE to suffer because of the political conflicts between governments? They are innocent of the crimes committed by Saddam and Bush. Why are innocent people persecuted and killed, when they have had nothing to do with the crimes of Saddam and Bush? Why are they victims? Oh yea -- the rules of war... and who made these rules? It's time to change the rules! A child killed is still dead. The rules have to change. They are not the guilty parties, yet they are condemned to die by the rules.

Whether it's war or any other violence it's still MURDER. The ones guilty of murder of any innocent child needs to be brought to judgment -- and in the case of war - so do the people that gave the orders.

Better yet.. JUST STOP KILLING THEM!

The FACT remains that this war is an ILLEGAL War, by U.S. standards of law.. There is no justification for the U.S. government to attack, invade, or liberate Iraq, under the U.S.'s own laws. The Iraq government has never threatened the U.S. people, never attacked or threatened the lands, borders, government of the U.S. If Iraq had ever threatened the soils of the U.S. then the U.S. has laws which would allow it to attack back. The U.S. had no authority to enter into WW1 or WW2 -- they feigned excuses to give the appearance of legitimacy. They raised the patriotic banner to promote an illegal war.

Read about the numbers of the cost of this war on this article:
It's Happening Before Our Very Eyes

There could have been a warless way to accomplish the same goals. 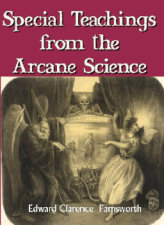