HOUSTON - Nine investment banks financed lucrative schemes that helped Enron Corp. maintain its pre-collapse image as a profit powerhouse, according to attorneys who plan to add the banks to a shareholder lawsuit.

William Lerach, the lead attorney in the case, said the banks' knowledge of the questionable partnerships and financial vehicles gave them an inside view of Enron's financial condition as they sold securities to investors. The attorneys plan Monday to add the banks as defendants in the class-action lawsuit.

"Every bank bears significant complicity for their involvement," Lerach said.

The structures, backed by Enron stock and in part developed and funded by the banks, allegedly hid debt and inflated profits. Their ability to go unnoticed depended on a high stock price, since drops in shares triggered debt payments that would require Enron to issue more shares and reduce shareholder equity.

Enron shares started slipping from a high of dlrs 90 in August 2000, later invoking those triggers. It fell to less than a dollar by the time Enron descended into bankruptcy Dec. 2.

The dlrs 25 billion lawsuit originally was filed in December on behalf of large investors, the lead plaintiff being the University of California, which lost millions of dollars when Enron collapsed.

Lerach said subsequent investigation pointed to liability on the part of banks that were Enron's lenders and underwriters before alleged accounting abuses exposed last year fueled the company's implosion.

New defendants also include two law firms that advised Enron on the partnerships and financial deals, Vinson & Elkins in Houston and Kirkland and Ellis in Chicago, and Andersen Worldwide.

Vinson & Elkins said in a statement that it remains confident that when the facts are known, "it will be clear that Vinson & Elkins properly performed its professional responsibilities."

Settlement talks with Andersen are continuing, but the firm's ability to pay has been questioned. Andersen has lost at least 132 public clients this year, most after the firm was indicted last month for shredding documents and deleting computer files related to Enron audits.

Allegations in the lawsuit include:

Run by Andrew Fastow, Enron's former chief financial officer, LJM2 used the money to buy four Enron assets that the company hadn't otherwise been able to sell. LJM2 sold those assets back to Enron in 2000.

_Enron invited partnerships or entities connected to J.P. Morgan, CIBC, Citigroup, Deutsche Bank, Credit Suisse, Lehman Brothers and Merrill Lynch to invest dlrs 150 million in LJM2 with a promise of a return of 30 percent or more with Fastow doing deals on one side of the table and Enron on the other.

_In December 2000, J.P. Morgan-controlled Mahonia Ltd. in the Channel Islands near England bought gas and oil contracts from Enron and later sold them back to the company, which counted the deals as revenue.

_From late 1999 through early 2001, Citigroup used a Cayman Islands subsidiary called Delta to swap future returns on investments with Enron. The lawsuit said the dlrs 2.4 billion deals were loans because Enron received money up front and was obliged to repay it over five years, yet Enron posted the loans on its books as "assets from price risk management."

_Credit Suisse in 2000 gave Enron dlrs 150 million using trades in derivatives. Enron could repay the money over two years, and payments would vary with the price of oil. Enron posted the money as "assets from price risk management," while Credit Suisse counted it as a loan.

_In December 2000 CIBC formed a partnership with Enron, "Project Braveheart," in which CIBC invested dlrs 115 million in return for a 93 percent return on Enron's profits from a video-on-demand deal with Blockbuster Inc. Enron posted dlrs 110 million in profits from the deal. But the lawsuit said Enron guaranteed CIBC's investment, and the video-on-demand deal was scuttled in March 2001. 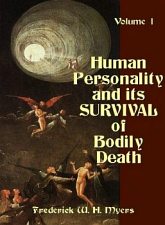