The 'F' Word Strikes in Canada

Michael Clinchy is a Canadian Zoologist who is gravely concerned about Canada's anti-terrorist laws in process. He connects Bills C36 and Bill C35 showing how these laws working together destroy civil liberties of lawful citizens. (As an aside, for anyone lulled into comfort by the miniscule ineffective changes by MacLellan to Bill C36, the existing hate law sections in Bill C 36 once enacted will be used to lay criminal charges successfully against a Sunera Thobani for her kind of comments made a few weeks ago.

Remember, then there was an effort at charging her criminally. Once Bill C 36 is in, the language of the new law will cause such criminal charges to flow. Speak out now.)

Michael Clinchy is not a lawyer, but as a scientist he is trained to wade through a lot of detail and extract the meaningful bits. His source of the text of the Bills comes from the Parliament web site .

None of the changes proposed by Justice Minister Maclellan eliminate any of the problems he raises. He says the sections concerning the Convention on Internationally Protected Persons seem to have escaped everyone's notice, but it was precisely this Convention that Chretien cited in defence of his actions on behalf of Suharto during the APEC debacle. Dr. Clinchy urges all Canadians to contact their MPs and demand that they take action against the enactment of these abominable Bills (C-35 and C-36).

The e-mail addresses of all MPs can be found at:
www.canadianliberty.bc.ca/contact/mp-addresses.html

Dr Clinchy says: "I have read and analyzed both Bills C-35 and C-36 and I describe below my reasons for objecting to this legislation. Thank you for your time"

As a Canadian, if I get into a drunken brawl at a bar when discussing politics and punch another Canadian in the face, I have committed an assault and should and will be prosecuted for that offence. Thanks to Bill C-35, if I am arguing with an American, Britisher, Zimbabwean, or any other foreign national, who happens to be attending an intergovernmental conference, and that person punches me in the face, they are immune from arrest or legal prosecution of any kind.

How and why is the Government of Canada enacting legislation that OBLIGES the RCMP to violate the fundamental rights of Canadians in order to protect the person and PROPERTY of foreign nationals, who themselves are to be granted immunity from legal prosecution of any kind? By now everyone has probably heard about the new 'Anti-terrorism' Bill C-36. Few people, however, have heard of the companion Bill C-35. Bill C-35 grants "immunity from legal process of every kind" to "representatives of a foreign state that is a member of or participates in an international organization" "while excercising their functions and during the journey to and from the place of meeting".

This sounds like the language of 'diplomatic immunity' but what is key to both Bills C-35 and C-36 is Bill C-35's redefinition of what constitutes an 'international organization'.

According to Bill C-35 "'international organization' means an intergovernmental organization, WHETHER OR NOT ESTABLISHED BY TREATY, of which two or more states are members, AND INCLUDES AN INTERGOVERNMENTAL CONFERENCE in which two or more states participate". Thus, ANY FOREIGN NATIONAL engaged in ANY intergovernmental activity of ANY sort is hereby granted "immunity from legal process of every kind". But, C-35 doesn't stop there: "the Royal Canadian Mounted Police has the primary responsibility to ensure the security for the proper functioning of any intergovernmental conference ... that is attended by persons granted privileges under this Act".

Not only does ANY FOREIGN NATIONAL engaged in ANY intergovernmental activity of ANY sort have "immunity from legal process of every kind", C-35 legally obliges Canada's National Police Force to ensure the security of this FOREIGN NATIONAL. C-35 then empowers the RCMP to take "appropriate measures" provided that these fall within "the powers that peace officers possess ... by virtue of any other [i.e. other than C-35] federal or provincial Act".

Enter Bill C-36, the 'other' federal Act of which C-35 speaks. Subsection 83.01(1)(a)(iii) defines a "terrorist activity" as "an act or omission committed or threatened in or outside Canada" that is one of "the offences referred to in Subsection 7(3) that implement the Convention on the Prevention and Punishment of Crimes against Internationally Protected Persons".

But, it is not just a question of protecting the person of this foreign national, Subsection 7(3), mentioned above, includes as an offence any "act or omission ... against any PROPERTY referred to in section 431 used by that person". Section 431 reads: "every one who commits a violent attack on the official premises, private accommodation or MEANS OF TRANSPORT of an internationally protected person that is likely to endanger the life or LIBERTY of such a person is guilty of an indictable offence and liable to imprisonment for a term of not more than fourteen years".

Protestors that announce their intention to block road access to next year's G-8 meeting in Kananaskis are clearly THREATENING the MEANS OF TRANSPORT and endangering the LIBERTY of movement of the attendees, ALL of whom (except the mere Canadians) are classifiable as internationally protected persons. Consequently, the RCMP is legally OBLIGED to consider the protestors as engaged in "terrorist activity". According to subsection 83.01(1) of Bill C-36 a ""terrorist group" means (a) an entity that has as one of its purposes or activities facilitating or carrying out any terrorist activity, or (b) a listed entity".

Of course, Bill C-36 empowers the Solicitor General to officially "list" as a "terrorist group" any "entity" he or she damn well pleases. While there are provisions for 'judicial review' of the Solicitor General's decision, according to subsection 83.05(6)(a) the judge "may, at the request of the Solicitor General, hear all or part of the evidence ... IN THE ABSENCE OF THE APPLICANT [i.e the group listed as a "terrorist group"] or ANY COUNSEL REPRESENTING THE APPLICANT, if the judge is of the opinion that the disclosure of the information would injure national security". Like 'liberty', 'national security' is nowhere defined in the Act and is therefore a matter for the judge to decide, no doubt with the help of the Solicitor General. Nonetheless, according to subsection 83.05(6)(b), the judge is obliged to "provide the applicant with a statement summarizing the information available", with one notable exception.

According to subsection 83.06(1)(a) "the Solicitor General of Canada may make an application to the judge for the admission of information obtained IN CONFIDENCE from ... A FOREIGN STATE ... an INTERNATIONAL ORGANIZATION [see Bill C-35] ... or an agency of an international organization".

As before the judge can elect to hear this evidence in the absence of the applicant or applicant's counsel. However, according to subsection 83.06(3) "if the judge decides ... that its disclosure would injure national security ... the information shall not be disclosed in the statement mentioned in paragraph 83.05(6)(b)".

In other words, the summary statement provided does not have to disclose the fact that the evidence came from a foreign source. Thus, a Canadian can be condemned on the evidence ofa "foreign state" (China?) or "an international organization" (the WTO, IMF, World Bank?) without ever knowing or ever having the opportunity to discover that the Government of Canada was acting on behalf of a foreign power or a foreign agency.

Much of the content of Bill C-36 includes provisions against hijacking, seizing hostages, piracy and the like, which one would expect in an 'Anti-terrorism' Bill. While there is arguably some rationale for classifying as terrorism actions that threaten the person of a head of state, it is both erroneous and dangerous, given the sweeping powers invoked by this Bill, to include such undefined vagaries as 'means of transport', 'liberty' and 'national security', or to include as "terrorist activity" mere 'threats' to these undefined vagaries. These vagaries could be 'forgiven' on the excuse that this legislation was so quickly thrown together.

However, when juxtaposed with Bill C-35, it is apparent that the rights of Canadians are to be subverted in the interests of 'international organizations' and foreign nationals. In this light, Bills C-35 and C-36 represent Acts of treason against the people of Canada.

Convention on the Prevention and Punishment of Crimes against Internationally Protected Persons, Article 1 (1)(b).
www.unog.ch/archives/safety1.htm

Convention on the Privileges and Immunities of the United Nations, Article IV, Section 11 (a).
www.unog.ch/archives/un_priv.htm 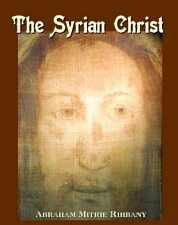