WHAT DO THEY MEAN THE
FASCIST STATE IS COMING?
IT'S HERE

DENVER -- The American Civil Liberties Union charged Thursday that Denver police illegally searched a local activist group's office and confiscated membership lists to include them in the department's secret files.

The suit, which was amended Thursday in federal court here, is connected to recent disclosures that an intelligence unit of the Denver police has maintained files for years on protest groups. The so-called spy files have been kept on individuals and organizations since 1999 and include information gleaned from public rallies and meetings.

The Police Department admitted it has files on about 3,200 individuals and 208 organizations. It defends the practice, calling it a necessary aspect of criminal intelligence.

"The Denver police have no legitimate interest in keeping permanent files on peaceful protest activities of law-abiding citizens," said Mark Silverstein, legal director of the Colorado ACLU. Silverstein filed Thursday's amendment to include allegations that his clients' group was included in the files and labeled "criminal extremists."

The ACLU revealed the existence of the spy files last week. That brought angry protests from a broad range of civic groups. This week Denver Mayor Wellington Webb joined with the City Council in issuing a nonbinding resolution that called for a curb on police power to gather information on residents based on ethnicity, religion or politics.

Webb, who claimed the FBI kept a file on him in the mid-1970s as he became politically active in Colorado, said the police had overstepped their bounds by maintaining intelligence files on law-abiding groups.

"Have we done an exemplary job at tempering legitimate intelligence-gathering versus collecting information on groups or organizations that do not pose a threat? I think the answer is clearly no," Webb said.

The ACLU's complaint states that on Dec. 14, 2000, officers from the Denver and Golden police departments raided the offices of the Denver Justice and Peace Committee, an organization that works for social justice in Latin America.

The purpose of the raid, according to police, was to obtain evidence in a case involving vandalism of a department store. Among the items taken from the offices were membership phone and e-mail lists, phone-tree lists and other rosters that included the names of 984 people.

The ACLU complaint states that police used the lists to call more than 100 people and question them about the vandalism case. None of those called had any information about the case, the complaint said. Silverstein said the police selected those they called based on their political activities and associations.

A Denver police spokesman did not return calls for comment.

To many here, the issue is not just police surveillance of private citizens but also that many appear to be targeted merely for associating with groups or individuals that have a political agenda.

According to city policy, the Police Department may only collect and maintain a file on an individual if there is a "reasonable suspicion" that that person is involved in criminal activity. The same standard applies to religious and political groups.

Among the organizations that Denver police labeled as "criminal extremists" is the American Friends Service Committee, a nonviolent Quaker organization that has won the Nobel Peace Prize.

Additionally, police kept files on citizens who attended events sponsored by Amnesty International, and a demonstration organized by Native American and Latino groups protesting the celebration of Columbus Day.

One group the police has kept tabs on is the Chiapas Coalition, which supports the rights of indigenous people in southern Mexico. According to the police file, the group is "dedicated to the overthrow of the Mexican government."

"I had an idea they were keeping tabs on us," Appel said. "Sometimes the government surveillance teams and police would outnumber the protesters at these events. You can always see them with their video and still cameras.

"But we didn't have any idea how they describe us and who they share the information with. I'm shocked and angered to be labeled as a criminal extremist. None of us have any criminal record. I don't think it makes a person an extremist to be vigorous in the defense of human rights, peace and justice," Appel said.

The existence of secret files has shocked civil libertarians and activists, who also have raised the question of which other police or governmental agencies have access to the files.

Mayor Webb, who had been unaware that the files existed, said an independent review of them is likely. Webb said the spy files could be audited and purged on a regular basis.

Now that the spy files have been made part of the ACLU's suit, it is highly unlikely they will be destroyed, Silverstein said. 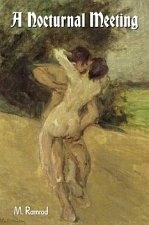