Yet Another Disgusting
High-Ranking Pedophile

Many have wondered why this case has not recieved the national attention that other cases have, and some are beginning to suspect that the reason for the media silence may be the mid-term elections in November.

Though the Attorney General John Ashcroft had put these types of sex crimes ahead of terrorism before the 9/11 attacks he has shown little or no interest in this case regarding the prosecution of a fellow Republican. Many have found Mr. Ashcroft's indifference to this case rather remarkable and many point to the hypocracy of this Republican administration and their non-existent interest in prosecuting one of its own members of the Republican party, even after Bush's promise before the election of "leaving no children behind".

After doing thorough research for updates on this case it seems as though no action has been taken on this case since last year. It also appears that that no Republican is interested in persuing this case. At least until after the November elections.

Here are links for further information on the prosecution of this case which seems to have completely come to a stand still.

A Year Of Notorious Obscurity

Media, WHY AREN'T YOU COVERING THIS?

And, when is someone going to accept that pedophiles exist? Little are being grabbed by desperate men but, that is just a symptom. When is our government going to spend MILLIONS to figure out what to do to save our babies from the menace amongst us? The fact that men wil grab children - everyday, will not go away. Every day we don't address this reality, we let another little girl get grabbed. These men need special care. As disgusting as it is, most of them were victims, too. And, they CAN'T HELP THEMSELVES. What is our government offering these men other than guilt? Why would ANYONE want to be despised and thrown in jail for a very unfulfilling sex life, stolen moments and tragedy afterwards. Do you think they're enjoying this?

Most of them kill only because they have to silence the witness. Otherwise, they were trying to get sexual release. Why aren't we studying treatments or alternatives for these men?

No. But, they need an outlet for their sexual drives and they need help. Our children need us to help these men. We need to study them and figure out to deprogram them or imprison them or eliminate them but, something definitive must be done.

I don't know about you but, I fear child molesters more that Saddam and I know they have done more damage to our people, too. But, he gets all the money spent on him. If molesters had oil on their property, we'd be dealing with them everyday. Arresting them AFTER THE FACT should be embarrassing to our congressmen and cops. Closing the barn door after the cow gets out. Everytime. Shouldn't they feel stupid? They knew somebody was gonna grab a kid today. They grab a kid EVERYDAY.

What do we pay taxes for? To be told that we have terrorists to kill us in our country and to know that somewhere today, a little girl was molested. I'm ashamed of that fact.

Federal:
13 counts of using a phone to entice a child under age 16 to engage in sexual activity two counts of civil rights violations under the "color of law" two counts of conspiracy

A 17-year-old girl has told investigators that Giordano, a married father of three, and a Republican paid her to have sex with him and to watch him have sex with her aunt, The Hartford Courant reported yesterday. The newspaper cited a report by the state Department of Children and Families and sources it did not identify.

The girl said Giordano paid her to have sex in his private law office, sometime after her 16th birthday, the newspaper reported. "He did ask me to do sexual stuff, but I didn't do it," the girl told WFSB-TV.

The teenager is the cousin of two girls, ages 9 and 10, involved in federal child sex charges against Republican Mayor Giordano, according to The Courant.

Giordano was charged on July 26 with using an "interstate facility" — a phone or a computer — to entice a minor into sexual acts. He is being held without bail.

Living in the USA, Waterbury Connecticut Republican Mayor Philip Giordano sits in jail awaiting trial for allegedly arranging to have sex with two little girls age 9 and 10-- sold to him on the Internet by their prostitute Mom. But it's only sex and Mayor Giordano pulled out his ULTIMATE CLINTON. He refuses to resign. The city's Board of Aldermen, weighted with members of the Mayor's own party, won't seek his impeachment or resignation. "Let's move on" say they. A deal has been struck. The lollipop Mayor promises not to govern from jail. In return he collects half his salary plus full medical benefits and life insurance. Freeing the Aldermen to pick an acting mayor. Waterbury now has two, two, two mayors in one. And a great big ugly smear across its civic face. One made worse by a craven, partisan, go along to get along Board of Aldermen. 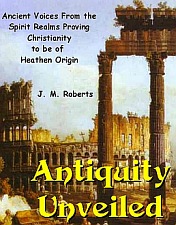