WATERBURY -- The mother of one of the two girls involved in the federal child sex charges against Mayor Philip A. Giordano has filed a civil lawsuit that names the city as a co-defendant along with the incarcerated mayor.

The suit was filed Friday in Bridgeport, and accuses Waterbury officials of not taking enough action to stop the alleged abuse from occurring.

"Waterbury's reckless indifference to the totality of the circumstances was the direct cause of the alleged assaults," said Michael Mackniak, the New Haven lawyer representing the mother and child. Names are being withheld to protect the child's identity.

Mackniak said Waterbury officials could have checked Giordano's cellphone records and controlled the use of his car and the city's facilities.

Sam S. F. Caligiuri, who took over as acting mayor after Giordano's July 26 arrest, said he did not want to comment on the case because he had not seen it. Caligiuri said it's not unusual for plaintiffs to name several parties on the lawsuit in the hopes of finding a defendant with "deep pockets."

Waterbury has a budget of close to $300 million, but the city has been grappling with financial problems, including a possible $52 million deficit.

City officials will investigate the merit of the suit this week, Caligiuri said.

This is the only case involving Giordano's alleged sexual misconduct that has involved the city, he said.

Giordano pleaded not guilty in September to a 14-count indictment charging him with violating the civil rights of two children by forcing them to engage in sexual acts with him. He also faces state criminal charges.

Each of the two federal civil rights charges carries a maximum sentence of life in prison and a $250,000 fine. The children are two female cousins under the age of 12.

Giordano, 38, agreed to give up his power as mayor but will keep the title until his term expires Dec. 31.

Prosecutors say the sexual encounters were set up by the mother of one of the girls, a convicted prostitute, who is also named in the civil suit. 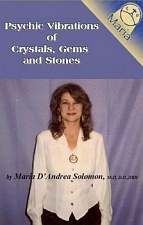