THREE-YEAR-OLD IN MIAMI
LISTED AS "A RUNAWAY"

Gov. Jeb Bush has refused a request to create a statewide grand jury to investigate the 1,237 children under state care who can't be located.

The Department of Children & Families has classified most of these children as either runaways, out-of-state or taken from their home by a family or relative. None of them was visited in May.

State Rep. Frederica Wilson, D-Miami, said the department needs to account for these children to make sure they aren't missing like 5-year-old Rilya Wilson, who disappeared from state care 15 months before she was reported missing.

''The world has stopped to find a poor little white girl in Utah but no one is doing anything about Rilya,'' Wilson said, referring to the Elizabeth Smart case.

``As a representative of the state, I feel personally responsible for Rilya and all of these children. The governor should feel responsible too.''

She said the proposal is supported by the Florida Black Caucus and other members of the state government.

Wilson sent several letters to Bush and called his office asking to meet with him and discuss a grand jury. She said she didn't receive a response.

At a fundraiser Saturday Bush said he was aware of her requests but denied them, choosing to stick with the recommendations of a blue ribbon panel that he appointed to investigate the DCF.

''We've taken the recommendations of the blue ribbon panel and we're moving on to improve the system,'' said Bush.

Wilson said the panel's recommendations were already included in the DCF's guidelines for years but they've never been followed. A grand jury would be more effective, she said, because it could subpoena people to testify.

While the panel was in session, Wilson called on Bush to add a minority to the all-white panel. He refused.

Bush downplayed the number of children the DCF hasn't visited and said that no investigation is needed.

Wilson isn't satisfied with the labeling assigned to the children. She said that a grand jury should account for them by interviewing the DCF and the caretakers to make sure the children aren't missing. Wilson questioned one file that listed a 3-year-old girl in Miami as a runaway.

''Bush's advisors are telling him that this inquiry might uncover some skeletons that could embarrass him before the election,'' Wilson said. ``He should put that aside and take care of these children -- people would respect him for it.'' 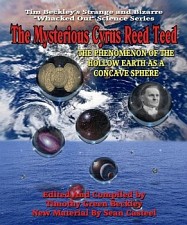