"I hereby delegate to The Adjutant General of the State of Florida all necessary authority, within approved budgetary appropriations or grants, to order members of the Florida National Guard into active service, as defined by Section 250.27, Florida Statutes, for the purpose of training to support law-enforcement personnel and emergency-management personnel in the event of civil disturbances or natural disasters and to provide training support to law-enforcement personnel and community-based organizations relating to counter drug operations. This Executive Order shall remain in full force and effect until the earlier of its revocation or June 30, 2003." This Florida EO places the Florida National Guard [which is not a lawful militia], a unit of the Federal U.S. Army, in control of all Florida law enforcement [State FDLE, County Sheriffs, and local PD's] and the Florida Emergency Management Agency [Florida's FEMA under federal FEMA control]. This took place four days before the World Trade Center disaster.

On the morning of Tuesday, September 11, Pres. "G.W." Bush was in a Sarasota, Florida classroom reading a story about a pet goat when his Chief of Staff whispered in his ear about the WTC "terrorism". Rather than attend to this national disaster, "G.W." continues to read the goat story to these second grade children and then, 30 minutes later, makes a brief statement to the press. More about this odd behavior can be read at The Obscure Goat Story.

Governor "Jeb" then signed Florida Executive Order No. 01-262 immediately after the second WTC tower fell. Florida was the first STATE to declare a "State of Emergency" and did so before New York State or the Federal Washington City leaders did, yet there were no "terroristic" incidents that had taken place. Florida EO 01-262 states, in part :

There is no declared expiration of this Florida Executive Order. In case you haven't figured it out yet, Florida is now under martial law and will remain so until this EO is revoked. We tried to warn the people of Florida about this in 1998 when our State Constitution was changed in order to allow this to take place [see below].

If you plan on vacationing in Florida State, remember that you have entered a Martial Law State under the control of the Washington City "brothers" and federal troops. This looks and smells far too much like 1865.

Read the REAL Reasons in these related articles: 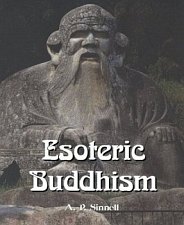