UNITED STATES – The 15-member European Union has requested the U.S. government allow them to take over water and sewer systems here.

For the average person, that could mean paying a European corporation for utility services, with no limits or regulations by the U.S. government.

Documents detailing the EU’s plans to open up the free market, which includes allowing European competition on U.S. libraries, postal service, education and health care providers, were leaked to the public last week.

When asked about the revelations, local water company directors and citizens said they were alarmed.

Inman said it was "scary" after hearing local democratic control over the companies could be in jeopardy.

His water company currently services about 3,300 customers in a 15-mile radius stretching from Waxahachie to the outskirts of Midlothian.

"All water systems are regulated through the state," he said. "Someone can’t come in and say ‘we want to charge

this.’ We all [board members] have to agree on it. I’m not saying it can’t happen in [other places]."

In 1994, the General Agreement on Trade Services was established and was adopted by the World Trade Organization, of which the U.S. is a member.

With the adoption of the agreement, foreign corporations can establish themselves here and compete against non-profit or government institutions for taxpayer funds.

Privatization of municipal water services or other utilities is nothing new, according to Rockett Special Utility District board member Matt Craig.

Craig said once water or sewer systems are privatized, the new owners, in most cases, only take part in the management, not a full-scale take-over.

Thomas Allen, an attorney who has studied Lancaster and Red Oak’s short-term and long-term projected water growth, said he sees a clear case for opening utility systems to foreign competition.

"It makes sense though," he said. "If TXU can expand around the world and compete for the supply of electrical services against foreign providers, it is only fair."

Red Oak City Manager Ken Pfeifer said the EU’s plans will not have a direct affect on their water systems, but did say the information was "interesting."

"In Texas, water rights are granted to the entities who submit applications to the state," said Pfeifer. "Once granted, the water rights are not subject to negotiation or trading unless the owner of the rights agrees to it."

The EU includes countries such as Italy, Germany, France and England and, because of the single-currency euro and other "one-world-government" type policies, is believed by many Christians to be the revised Roman Empire in the Biblical books of Revelation and Daniel.

When the 15 countries adopted the EU "constitution" and trade regulations, those countries’ rights and government operations were superceded.

"The future of accountability for public services and of sovereign law are at stake with the [EU] decision," stated reporter Maude Barlow. "This potential expansion of GATS/WTO authority into the day-to-day business of governments will make it nearly impossible for citizens to exercise democratic control over the future of traditionally public services. The mainstream press has all but ignored this story. It is difficult to grasp and complicated to explain."

Barlow’s piece about the global agreement was featured in Project Censored 2003, a book compiling stories on world events the American media did not report fully.

"Municipal water/sewer systems are under a GATS attack and local officials have not even been told," said Ruth Caplan, coordinator of an effort to stop the measures.

However, keeping European countries from competing in this country might not be easy.

The U.S. Treasury Department currently owns the International Monetary Fund and World Bank, economic allies of the EC and the WTO.

Currently, cities rely on the International Building Code for much of their building and zoning requirements, and also seek a regionalization of government through such organizations as the North Central Texas Council on Governments. 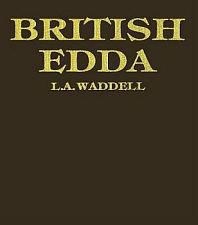