The Most Awesomest War Ever!

Donald Rumsfeld can barely contain himself. Don and company in recent days seem to never tire of telling us about how this American offensive is the most unbelievably massive display of military might in the history of the world. Whoopee. The American state has managed to put together the most powerful killing machine in the history of mankind. And just in time, too, since the Iraqis have sent half a dozen missiles at the invading army. Half a dozen!

The Pentagon has informed us, however, that in spite of the limitless power so far displayed by Bush’s army, this is not yet the campaign of "shock and awe" that is to come soon when the Air Force begins "pounding" the entire Iraqi countryside into submission (for those of you who don’t remember, "pounding" was the term favored by journalists to describe the American air campaign during the first Iraq War). Apparently, the "pounding" that Iraq is about to receive will shock everyone into submission, and be awesome to boot.

The awesomeness of it all should not trouble our scruples either since we are told that the new smart bombs have a slightly higher IQ this time, and will be knocking off fewer civilians in the process of killing the wicked partisans of Saddam’s army. Even if the smart bombs were as dumb as ever, though, the fact that the pentagon has made a show of caring about the lives of Iraqi civilians should be enough to quell any American concern for such foreigners. The international community might be a different story, but if history has shown us anything, it’s that Americans care precious little about the lives of foreign civilians during wartime, and any suggestion to the contrary is sure to earn one the title of "anti-American" or worse. It is unlikely that even the unmitigated carpet-bombing of Baghdad would produce anything other than "regret" and resignation to the alleged inevitability of it all.

In all this talk of unbounded military might, it is amazing that so few Americans have even considered that a government with such fantastic power may some day prove to be an obstacle to the liberty of the people who like to pretend to control it. Most of this is due to our willingness to buy the farce of a proposition that in a democracy, we are the government. Example: "We are really pounding the hell out of Iraq tonight!" Americans speak in these terms as if we were all members of some giant posse hunting down bandits. I’ve got news for us all. Not only are we not members of the posse, but the sheriff’s got a much bigger gun than all of us, and he don’t much like uppity townsfolk. As far as he’s concerned, our input is neither needed nor desired, but if some of us want to be members of the sheriff’s ceremonial "Junior Posse" that’s fine.

Consequently, America is full of Junior Posse members who think that the fact that politicians submit to elections before taking control of the most powerful military machine in history will somehow keep the sheriff from getting a little too uppity himself. Should he decide that the townsfolk are being "uncooperative," who’s going to stop him? It sure won’t be the Junior Posse.

The fantasy that there is some intangible boundary out there keeping the unstoppable juggernaut that is the American military establishment from ever being used on Americans is one of the great victories of the modern state. In fact, the historical record on this has been less than comforting. Hitler is just one example of a "democratically elected" leader (we could also consider Mussolini, Salvador Allende, and Vladamir Putin) who found a slew of handy domestic uses for the army after coming to power. We need not look further than the American Civil War, however, to find a vivid example of American military might turned on its own people. It seems some of the deputies got uppity, and sheriff Lincoln sent in the troops, and even though he wasn’t even on the ballot in most of the states he invaded, the bodies were soon piling up. So much for peace by democracy. Couldn’t happen here, you say? It already did.

In a recent television interview, Lew Rockwell remarked that he wasn’t wild about Bush having weapons of mass destruction any more than Saddam Hussein. Predictably, the neocons were shocked – shocked! – that someone would dare imply that an American president could ever act in an unseemly, let alone immoral, fashion. Some would have us believe that concern over the gargantuan power held by a handful of men in Washington is beyond the pale of civilized conversation, yet this blind faith in American democracy is hardly warranted. Today’s president uses unbridled military might to destroy "rogue nations" overseas, yet the day may again be approaching when that same power is used on "rogue Americans" in our own neighborhoods. Today, Americans console themselves with the thought that "we" are only destroying the lives of America-hating foreigners. Will we be so willing to brush aside the deaths of people whom the State tells us are "America-hating" Americans? Certainly, the women and children of Waco got a taste of the kind of "pounding" that awaits such people in the future. 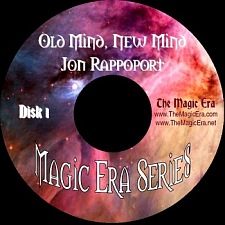