I had a very interesting encounter at the downtown Dallas (Texas) anti-war protest last night. There was a uniformed officer with the Federal Protective Service there, acting as a "guard" and "advising" the Dallas Police officers. He was also walking through the crowd and videotaping the protesters with a digital camera.

Since the protest was taking place on City Hall Plaza, which is a specially-designated free speech zone as determined by Dallas City Ordinance, and since no federal buildings or employees were involved in the protest, I asked the gentleman under what authority he was operating in uniform and conducting security and surveillance at Dallas City Hall.

As I'm sure you all know, the Federal Protective Service is part of the Public Building Service of the General Services Administration. Their duty is to provide security for federal buildings and employees -- such as federal buildings. The FPS is scheduled to be absorbed into the Borders and Transportation Security Directorate of the new Department of Homeland Security.

The officer said that because we are at a Level ORANGE homeland security alert, that he has the "special authority" to act as a security and intelligence officer for ANYONE, ANYWHERE. He claims that he has this authority because the FPS is a part of the Department of Homeland Security and that the new Department of Homeland Security is "in charge of everything right now, since we're at war."

The FPS officer further claimed that he has been at anti-war protests all over the country, and that he had just come from San Francisco. He also attempted to gather intelligence from some of the protesters about the anarchist group known as the "Black Bloc." (The protesters had no information about these extremists.)

I won't get into the political and Constitutional issues here, I'll let you all draw your own conclusions. But I will provide you with the frequencies in use by the Federal Protective Police, so you can program them into your scanners: 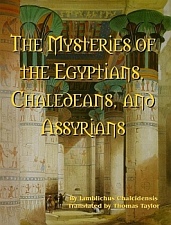