The weather in Amman is freezing cold and very wet, highly unusual for this part of the world in the middle of January, and never in mid-March. Yesterday it was raining with a little sleet mixed in. It was a surreal day. We all knew that the war had started in the early morning hours, and were guardedly relieved that the pictures from Baghdad showed much less damage than what we had feared. An American who works for a nongovernmental organization (NGO) in Amman said, “Maybe the Bush administration is starting to take seriously the world-wide opposition to the American war in Iraq, and has decided to use only minimal firepower.”

Everyone in Amman was very tense, and the price of gas jumped 30 percent in one day. There was a large, angry demonstration at the University, but there did not seem to be hostility toward American civilians by the Jordanian people. Every cab driver and shop keeper I met strongly opposed the war, but felt powerless to do anything about it.

I share a flat in Amman with Rick McDowell and Mary Trotochaud, the AFSC Interim Quaker International Affairs Representatives for the Middle East. It is hard to know how to live your life at the beginning of a war. Do you stop everything and watch BBC? Or do you try to continue with life?

The previous evening, Rick, who has visited Iraq fifteen times, saw Um Heider, an Iraqi elementary school teacher from Basra who speaks excellent English and in whose home Rick had been a guest on numerous occasions. Um Heider had recently arrived in Jordan with her eight-year-old son, Mustafa, in the hopes of obtaining a U.S. visa so that they could travel to the United States, where a number of doctors had offered free medical treatment for Mustafa.

We decided to invite Um Heider, Mustafa, and a few friends for a home-cooked meal in our apartment. We spent part of the day shopping, and Mary did a superb job of cooking. The meal was fabulous and I learned at least part of Mustafa’s story. Then we watched the U.S.-led bombing of Baghdad, Basra, and Mosul on TV.

What do you say to a mother whose husband and children are being bombed by your government? I could only offer my tears. 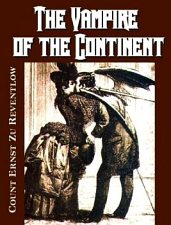