Are U.S. Soldiers Being Led
Like Lambs to the Slaughter?


I sat in a meeting in Dallas, Texas on the Tuesday after the U.S. invasion of Iraq began. A man, whom I don't have permission to quote or name at this writing, laid out a scenario about this war and it's probable outcomes. So far, everything he said has happened.

Here are a few of the immediate perceptions that he gave which have come true.

He said the marines would get half-way into Iraq before the Iraqi opposition would really emerge.

The U.S. Marines marched into and through Basra and announced it taken and secure. The soldiers from the U.K. followed the marines later to secure the city. They were met with severe force and opposition and as of this writing Basra remains under the control of the local government there.

He said that Iraq would attack along the long supply lines, since the coalition forces would be weakest there, leaving the front lines with little or no supplies. This is happening daily.

The man also stated that the nations around Iraq, that hate Saddam would also turn on the U.S. and begin active fighting and/or supporting Iraq. Syria opened its borders for traffic and volunteers to flow into Iraq. Then after the U.S. ultimatum to Syria to support the U.S. -- Syria declined and stated that it would support Iraq. Turkey has refused the U.S. fly zone privileges over its sovereign territory and has not agreed that they would not enter the conflict. Iran is now considering aid to Iraq/Saddam since Bush has threatened them with the same invasion of coalition forces. Pakistan is reconsidering its support of the U.S. Saudi Arabia is now squirming under the masses of its own citizens demanding support for Iraq.

The non-elected President of the U.S. -- Idiot Dubya -- has intentionally placed young men and women in harm's way. What looked like a picnic to military strategists is slowly becoming a blood-bath (perhaps that should be BLOOD-BAATH). These innocent troops have been lied to by the Military establishment -- from Commander in Chief Bush and all his minions down. Even the mainstream (U.S. government controlled) media deceived these troops with patriotic, glorifying lies and nonsense. To Bush and mafia, these U.S. soldiers are merely cannon fodder -- sheep being led to the slaughter.

People in America arrogantly assume that what they are told to think about that area of the world is correct and that the U.S. government is always right. Nothing could be farther from the truth. People in the U.S. think of Iraq as a backwards nation, Iraqis are people of little or no intelligence and oft referred to as 'camel-jockeys'.

The people in the U.S. forget that this area of the world and in particular Baghdad, has survived wars, empires, conflicts and dictators, centuries before the U.S. even existed. They are not afraid to fight, in any method available to them, the invaders into their homeland. They are not fighting for Saddam -- they are fighting for IRAQ and their homes. They are fighting against Christian Crusades which historically massacred their people by the thousands. So it should come as NO SURPRISE that this quasi-religious war has deep-rooted historical significance to them.

The admitted goal of U.S. government is to democratize that area. That includes not only Iraq but the entire region. (basically a United States of Arab Nations, which is controlled out of Washington D.C.) The Arab world is not aware that the United States is NOT SUPPOSED TO BE A DEMOCRACY, but a REPUBLICAN FORM OF GOVERNMENT. Democracy equates to mob rule. It is NOT a representative government for all people of all faiths and all colors.

Democracy, U.S. style, means controlled from a distance by the United States in Washington D.C. -- They will allow local elections, as they do in the United States, where they will choose WHO you may vote for. Then no matter WHO wins you are stuck with one of their hand-picked ruling dictators.

Remember the Dominican Republic, Grenada, Nicaragua, Panama, and many other nations where the U.S. has put its long nose of interference. These are ruled by U.S. sanctioned governments and rulers. In reality you are seeing the 'Commonwealth Nations of the United States' -- identical to the 'Commonwealth Nations of the United Kingdom'.. Local control with permission of the masters.

I was in Dominica -- a British Commonwealth Nation -- Those poor folks actually think they are free and independent. A friend that I was with pointed out to a local attorney there that all their money still had the Queen's picture on it, and by that evidence, proving they are not free of England. The high court of appeals there is still the 'Queen's Court'. This is what is developing in the Middle East, South America, and some Asian areas, except this time you are seeing U.S. Commonwealths.

All these nations are basically stripped of real authority of the people in those lands -- their sovereignty stolen -- their nation a mere puppet government of the United States.

13 colonies became 13 nations in 1776. By treaty, contract, agreement, they formed a coalition (confederacy) for common defense (NOT COMMON AGGRESSION AND INVASIONS!). The entity was allowed 10 miles squared to operate within. No rights were given up by the nations of the confederacy. The United States is NOT NOW or was it ever a nation in its own right. It was a defacto governmental creation of 13 sovereign nations. The only dejure part of the United States WAS its 13 nations.

This is what happened to Texas, Virginia, Maryland, and every so-called U.S. State. The exact same scenario is now being attempted in the Middle East. The U.S. already has Kuwait. What the U.S. cannot gain control over by money, fraud, and treaty -- it gains by aggression and war.

My message to the Iraqis is don't let this happen to your nation. You do not want Democracy U.S. style - You do not want U.S. tyranny, You do not want be controlled by the U.S., You do not want the U.S. hand-picking your leaders and your government. It's better to KNOW you have a dictator in charge of your government, than to have one that deceptively hides behind false promises of freedom. This is what the U.S. will do to you and your homeland. Freedom, Liberty, Liberation, etc. are merely patriotic buzzwords used to arouse the U.S. population. In reality, there is no such thing in the United States, much less under a U.S. puppet government.

My message to Texans is to wake up and withdraw from the Union. End the oppression and be the sovereign and free people that you were intended to be. Restore your government to once again preserve freedom for all people of all nationalities, colors, religions, etc. You have a unique document, recognized by the United States, which allows you to do just this.

Iraqi people, citizens inside the U.S. occupied lands of America, and all other lands under puppet regimes. JUST SAY NO - to the U.S. -- You don't have to go to war against the U.S. -- JUST SAY NO. Say it yesterday, today, and tommorrow, until they cease to exist over your sovereignty, freedom and independence.

Embarrass the United States with the TRUTH!

You cannot understand this fully until you learn the precepts which David Icke has relentlessly pursued and taught! Study: Lifting the Veil and I am me, I am free (both books by David Icke) and The New Inquistion by Robert Anton Wilson. Set aside all your ideologies and learn how to be free -- then free yourself from the ties that bind you -- those that would steal your freedom and sovereignty. 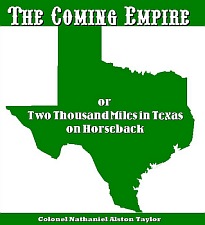