It All Started In Waco

Here is an interesting and important piece on the subject that refuses to die: the Waco tragedy. Men, women and children surrounded by ruthless gunmen sent by the state - this image was brought forth during the

Zionist siege of Nativity Church, and now again, when the Mammonites besiege Baghdad. This piece is written by Tom Mysiewicz, an American journalist who tripped on the 'do-not-mention-Jews-but-as-martyrs-and-saints' third rail in 1993, and found himself homeless, wifeless, destitute in the wilderness of Oregon. Still, he survived, and came back to writing. The commentary is written by Dr Henry Lindner, an inquisitive mind. It appeared on

Togethernet, our no-censorship discussion group. (You can subscribe to it by writing to togethernet-subscribe@yahoogroups.com )


It All Started In Waco
By Tom Mysiewicz

Few overseas may realize it, but the prototype of the current war-disinformation campaign was tested in the U.S. in 1993. And it worked.

Look for a replay in Iraq.

1993...a curious year in the U.S...the first attack on the World Trade Center, the attack by Federal authorities on a religious group in Waco, Texas (near the ranch of George W. Bush), and--of minor import--the year I was run out of the journalism business.

The massacre of nearly 100 men, women and children of the Branch Davidian Sect (an offshoot of the Seventh Day Adventist Church) in Waco reportedly started with a complaint to the U.S. Justice Department by the ADL-related Cult Awareness Network.

At once, the new concept of "embedded" journalism was put into effect.

Journalists were segregated and kept apart from the action on a so-called "carnival hill"--too far away to really see what was going on. These reporters dutifully reported what they were told at government press conferences and virtually no mainstream media voices contradicted them.

Part of this was due to the fact that Bill Clinton was president, and many Democratic reporters felt a need to be loyal to their party, and part was due to the increasing corporate centralization of media control. Among the accusations howled daily by this crowd--ALL of which later turned out to be false:

*David Koresh was a polygamist and child molester

*Koresh had either biological or chemical weapons

(Some decent conservatives termed this as "demonization".)

After passing several opportunities to peacefully arrest the "cult" leader, the Feds launched a 300-man shooting assault on the church, including 20-mm cannon fire from a helicopter. Koresh was wounded and several Federal agents were shot, although it has been argued that the killings were from friendly crossfire. A 51-day siege of the church (now termed a "compound") was launched. Razor wire was strung around the church, loud music and lights were put on every night, power and water were cut off, food was denied those inside, and Red Cross representatives were not allowed inside to check on the welfare of the children.

While constantly reassuring Americans through the "embedded" reporters that the situation would be resolved peacefully, and even allowing some of the children to have milk and eventually allowing a small number of Davidians to come out (these were later given stiff Federal prison sentences, despite assurances to the contrary, and defense experts mysteriously died while preparing vital defense evidence)the Federales apparently had other ideas.

After about a month, I recall my wife telling me--after she had heard that others trying to leave the church and surrender had been driven back by stun grenades and gunfire--"they're going to kill those people."

"No way," I replied. After all, the "embedded" reporters said all Koresh wanted to do was to make a prophesy and unlock a "key to scripture" and he would come out.

Well, my wife was right. One day (well before the deadline Koresh had been given) there was a massive assault with armored cars and Delta Forces. The rest is history. Most of the church members were either burned to death or shot at close range. Only a few survived, and these were jailed also.

I am constantly reminded of Waco when I hear the current stream of cynical outright lies about prisoner shootings, uprisings and the like in Iraq. True, Saddam Hussein may be a bad man to some, but how many leaders could resist using "weapons of mass destruction" (if they actually had them) when two thirds of their country was in the hands of an invading force? The "embedded" reporters say Saddam has got to be the most evil man that ever existed--just like David Koresh was briefly. Koresh and Saddam were both wounded in the initial attack. I'm only afraid we may get the same ending in Baghdad.

From: "Henry Lindner"
Subject: Why Waco?

Tom's piece got me doing some research. Below are some pieces that I've found on the web that help to give some background and meaning to the US Gov't attack on the Branch Davidians in Waco in 1993. I was still a part of the Matrix in 1993 and had no idea what was happening.

You will be interested to know that Koresh's form of Christianity was a threat to Israel's interests as it did not include Israel in its end-of-the-world scenario. He moved the location of the fulfillment of Daniel's prophecies from Israel to the compound in Texas. Koresh was seeking a closer union with Islam and he emphasized the role of Iran in Biblical prophecy. Interestingly, the Cult Awareness Network that alerted the Federal Government about Koresh and "advised" the government throughout the siege was affiliated with the Jewish Anti- Defamation League.


Religious leaders influence the actions and opinions of many; they can help the state solidify its power, or can undermine that power.

Thus governments have a vital interest in monitoring religious leaders and their followers, and molding religious doctrines.

When priests, preachers, and prophets get too independent and their teachings go beyond what the state will tolerate, those leaders become enemies of the state. It is then in the interests of the state to snuff them out.

Victor Houteff founded the Davidian Seventh Day Adventists back in the 1930s. The government must have seen him as a big threat.

Houteff had a big following all over the world, and a big mailing list which he used to raise money and proselytize. They had their own school and hospital. Houteff printed his own Davidian currency which his followers used in trade among themselves. He was a genuine pacifist. After Pearl Harbor was bombed, he retained the tradition of the old Seventh Day Adventists and refused to endorse conscription. And even worse: Houteff spoke openly about the Jews and the establishment of the state of Israel.

On January 4, 1947, Victor Houteff gave a sermon at the Mt. Carmel chapel called "The Hated Jews of Today Are Not the Admired Jews of Tomorrow." Houteff said:

"In view of the fact that this scripture is now being unfolded, and also the fact that there is but one people, one nation (the descendants of the ancient scribes, priests, and Pharisees who rejected the Lord and who have not even to this day accepted Him, that are hardly desired anywhere in the world) that is now doing all

she [Judea] can to gather together in Palestine -- in view of all this, the present-day Jews are that undesired nation. Upon her, therefore, the Lord's anger is to fall if she continues to deny Christ. Yes, the universally hated Jew is the only nation that has been scattered throughout the Gentile world, and is the only one that is now gathering together in Palestine."

Houteff went on to say, in effect, that the Jews were being gathered in one place so God could kill them more conveniently. That's heavy stuff. Given the control the Jews already had over America at that time, given Houteff's anti-conscription stand, his issuing of private currency -- given all these things, you can bet Uncle Sam had an interest in infiltrating and watching him and his people.

The government actually provided proof of that. The Treasury Report on Waco contains a copy of early surveillance photos of the Mt. Carmel Center, taken before the big house we saw on TV in 1993 was built. You have those pictures in the Museum: (below)

Texas, Not Israel: Why Did David Change His Mind?

David made a number of trips to Israel, and was familiar with the situation in the Middle East. At the start of Desert Shield in 1990, he thought the place of his martyrdom might be in Israel but finally at the start of Desert Storm in 1991 he was convinced that his martyrdom would be here in the US. He started to build and to arm himself for the coming confrontation.

Instead of Israel, David said the prophecies of Daniel would be fulfilled in Waco and that the Mt. Carmel Center was the Davidic kingdom. Imagine! This was a monumental change in his thinking, a change that would affect each and every Branch Davidian. Anyone interested in prophecy and the Seven Seals would want to know: What did David see that changed his mind? I asked Clive.

Here's an excerpt from Carol Valentine's correspondence with a Muslim man who had become a follower of David Koresh:

As I told you, I am a Shiite Muslim. The Bible is filled with prophecies of the Savior coming from Persia or as we now call that country, Iran, a Muslim country. I was always interested to note that the surname David chose, "Koresh" (phonetically the same as the Arabic "Quryash"), was the family name of the prophet Mohammed, peace be upon him. Each Muslim Imam is a descendant of that Koresh/Quryash family. Imam Khomeini, peace be upon him, was a Koresh/Quryash. The awaited Savior of Islam -- al Mahdi -- will also bear the name Koresh/Quryash.

I arrived at the Mt. Carmel Center in December, 1996. In October 1997 I heard the tape "Letter to Australia." In this tape, David talks about Daniel 7:9 and Daniel 7:13. He says the verses tell of two Saviors. One is the Prince of Persia (Iran), called Koresh (Isaiah 45), and the other one is Jesus. Koresh the Savior and Jesus the Savior join forces to defeat the anti-Christ (or the ad-Dajjal, the Deceiver, as he is called in Arabic); Jesus does the judging, Koresh does the fighting.

I was amazed, for David's teaching about End Days exactly parallels the prophecy of Mohammed in his Hadith, and those of the Imams, peace be upon them.

David was teaching the heart of Islam, but he was unifying the three religions of Abraham. I had tremendous respect for him.

I don't believe I am the only one to realize what David was doing.

During the siege, theologian Phil Arnold from the Reunion Institute was a consultant to the FBI. Do you know what they study at the

Reunion Institute? They study the unification of the three Abrahamic religions. Coincidentally, James Tabor is one of their speakers. 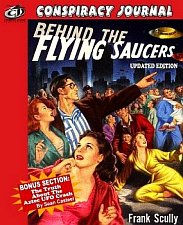