Reading in the current news about the inhumane treatment by the U.S. Government towards their captives in its unlawful and unconstitutional War on Terrorism brings to mind that nothing seems to change and history only repeats itself.

The following article from 1867 verifies the contention that the U.S. is an inhumane and inhuman organization -- and history does repeat.. over & over -- when it comes to human suffering.

My attention has been called to an article in your paper of 3lst ult., in which, replying to some remarks of the Richmond Enquirer in regard to the treatment of prisoners, it said: "Nobody on either side ever pretended for a moment that rebel prisoners ever died in our hands or even seriously suffered for lack of food or clothing or shelter. No such charge has been made."

Will you then permit such charges to be made through your columns? I was captured in October, 1863, and spent six months in Camp Morton. In March, 1864, I was removed to Fort Delaware, where I remained until June, 1865. The winter of 1863-4 is well known to have been intensely severe.

Many rebel prisoners, to my own knowledge, spent that winter without a blanket, and the scant and ragged summer clothing worn when captured. The barracks were the old cattle sheds used when the prison was a fair ground, and open enough for the winter winds to sweep through freely. Scores of the men in the dead of winter slept in these sheds, upon the bare ground without covering, huddling together like hogs to keep from freezing.

It is well known to hundreds now living that several died, actually frozen to death, while large numbers were so badly frostbitten as to be lamed for Life.

During the larger portion of the time the hospital arrangements were shamefully deficient, and by many of the surgeons and attendants the sick were not only grossly neglected but most inhumanly treated.

Men barely able to crawl through weariness from insufficient food and disease consequent upon exposure, were forced, in the severest winter weather, to stand at roll call for two and often three or more hours in line, like soldiers on dress parade, and cursed like brutes or beaten over the heads with sabres or clubs, and sometimes shot at for moving a little to keep from freezing.

In several instances prisoners were shot on most the frivolous pretexts. A quiet orderly man, an Englishman named Coats, belonging to my division was murdered in cold blood by a private of the Invalid Corps named Baker, who was a guard.

Instead of being tried and punished, Baker, though a private, was sent next morning to take charge, as Sergeant, of our division, in which position he heaped upon the defenseless men every indignity that so inhuman a wretch could devise.

At the very time that such a outcry was raised about the mortality among Northern soldiers in Southern prisons, the inmates of Camp Morton knew the mortaity then in proportion to the number of men to be several percent greater. At Fort Delaware our barracks were more comfortable, but the rations were miserably insufficient, and prisoners who could not obtain money from friends with which to procure extra supplies from the suttlers suffered the pangs of hunger day and night, and reduced to skeletons, and eaten up by scurvy from scantly and unwholesome food fell ready victims to disease, and died by the hundreds.

At the close of the war, of about seven thousand men in one pen, fully one-half, if not three-fourths, were but walking skeletons, hundreds of them ruined for life with scurvy.

It was a daily occurrence for large numbers of men to be beaten over the head with bludgeons, or kept for hours tied up by the thumbs in the most agonizing torture. A Dutch Lieutenant, Deitz, in charge of our pen, was for weeks, in the habit of coming in with a large cowhide whip and lashing the men most unmerciful -- in one instance cutting a gash in the face of an Alabamian named Pardue, in which your finger could have been laid.

It was no uncommon thing for the guards, upon the slightest pretext to fire into the quarters in which were 300 or 400 men, and several prisoners were needlessly and recklessly killed by them.

The above, and the half has not been told are plain, unexaggerated facts, which can be substantiated by most unquestionable testimony, and for the truth of which I pledge my character and reputation as a minister of the gospel. I request the insertion of this as an act of justice.


This statement so plain, so pointed and so full of authority compelled the editor to the Times to remark:

"This letter comes from a source so respectable and responsible and its statements are so specific, that we have no hesitation in publishing it. Our Government has no excusefor inhumanity to the prisoners it captured during the war, and its honor is involved in punishing with just severity of all instances of such cruelty on the part of its agents as are specified above." 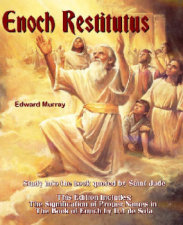