Why I Will Not Rally
Around The President

We are told that in this time of crisis, all good Americans should rally around the president and the flag. I will rally, but not around a leader calling for war or a symbol of nationalism.

It is easy to understand the emotion behind the chanting of "USA, USA." But I will not chant. In this time of crisis, I will rally around policies that seek peace and security, for all people everywhere. And instead of chanting, I will speak quietly about the grief we all feel, and loudly about the need to resist our leaders' plans for global war. Decent people agree that in this time of crisis, we cannot let the lines of color and culture, of language and religion, divide us. But we need to go another step, to understand that the lines dividing people based on nations are just as dangerous.

We must also agree not to give in to the urge to value the lives of innocent Americans over the lives of innocent people in other countries. For the past few days -- in person and on the phone, through email and on the radio -- I have been called "unpatriotic," condemned as a "traitor" and labeled "anti-American" because my writing has opposed the drive to war, the call for blood to avenge those who died in the terror attacks.

But I also have heard from many others who also are concerned that U.S. officials will take us into a war that will bring only more death, pain and grief, leaving us less secure. They want to speak out but fear being attacked for not being "good Americans." This is a moment when we need the courage to say that being a good American does not mean supporting a war so violent and so indiscriminate that more innocent people will die.

That does not mean we renounce the ideals of freedom and justice so often associated with the United States; we should hold onto those ideals more fiercely than ever and put them into practice by resisting the rush to war. We should honor the ideals of this country by saying, in as clear a voice as we can manage: Not in our name will the United States seek vengeance or go forward to kill.

That is not a resolution based on a request for justice. It is an open-ended invitation to attack anyone U.S. leaders decide to target. And those leaders -- Dick Cheney and Colin Powell among them -- are some of the same people who during the Gulf War unleashed attacks not only on military targets but on civilians and the entire civilian infrastructure of Iraq, killing hundreds of thousands of innocent people during and after the war.

This resolution, and the statements from the Bush administration about an ongoing global war, suggest that what is coming will be even more frightening. When we speak out against war in public, we will find support, but we also should expect hostility. We should expect the question posed by one of the people who wrote to condemn me: "Whose side are you on?" The answers to that are simple: I am on the side of the people -- no matter where they live -- who will suffer the violence, not the leaders -- no matter where they live -- who will plan it.

Robert Jensen is a professor of journalism at the University of Texas at Austin. He can be reached at XXXXXXXXXXXXXX. 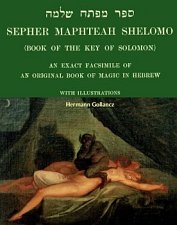