The Pentagon took a direct, devastating hit from an aircraft and the enduring symbols of American power were evacuated Tuesday as an apparent terrorist attack quickly spread fear and chaos in the nation's capital.

President Bush, in Florida at the time of the attack, canceled plans to return to Washington and was flown aboard Air Force One to the safety of a military installation at Barksdale Air Force Base in Louisiana.

The nerve center of the nation's military burst into flames and a portion of one side of the five-sided structure collapsed when the plane struck in midmorning. Secondary explosions were reported in the aftermath of the attack and great billows of smoke drifted skyward toward the Potomac River and the city beyond.

Glenn Flood, a Pentagon spokesman, said there were "extensive casualties and an unknown number of fatalities. "We don't know the extent of the injuries," he said.

"Terrorism against our nation will not stand," Bush vowed on a morning when not only Washington was struck, but the twin towers of the World Trade Center in New York were hit by planes and later collapsed.

Bush was in Florida when the strike occurred. Vice President Dick Cheney was in Washington and he and first lady Laura Bush were taken to an undisclosed secure location, officials said. Congressional leaders were hustled away from the Capitol to safety. "The leadership of the Defense Department is OK. The secretary (Donald H. Rumsfeld) is OK," Flood told reporters.

The departments of Justice, State, Treasury and Defense and the Central Intelligence Agency were evacuated -- an estimated 20,000 at the Pentagon alone. Agents with automatic weapons patrolled the White House grounds.

And the FAA ordered the entire nationwide air traffic system shut down for the first time in history.

There was no attempt to minimize the impact.

"This is the second Pearl Harbor. I don't think that I overstate it," said Sen. Chuck Hagel, R-Neb., referring to the attack 60 years ago that surprised the nation's intelligence apparatus and propelled the country into World War II.

With Bush away from the capital, his advisers were preparing a list of options, including closing the nation's borders, according to a senior U.S. official.

The source, who spoke on condition of anonymity, said it was premature to discuss military options because investigators were still trying to determine who was responsible for the attacks.

Away from the Pentagon, unexplained explosions were reported in the vicinity of the State Department and the Capitol.

A torrent of people rushed from their office buildings throughout the nation's capital, eager to leave a city under siege. The cell phone networks were overloaded, clusters of people sprayed on the sidewalks and at least one suburban school district announced plans to close early.

The Pentagon was hit a short while after the World Trade Center was struck. a plane, described by witnesses as a jetliner, made impact in the portion of the building on side opposite from where Rumsfeld's office are located.

Paul Begala, a Democratic consultant, said he witnessed an explosion near the Pentagon, saying it sent a huge, orange fireball skyward.

AP reporter Dave Winslow also saw the crash. He said, "I saw the tail of a large airliner. ... It plowed right into the Pentagon."

Gen. Richard Myers, vice chairman of the Joint Chiefs of Staff, said that prior to the crash into the Pentagon, military officials had been notified that another hijacked plane had been heading from the New York area to Washington. He said he assumed that hijacked plane was the one that hit the Pentagon, though he couldn't be sure.

One of two planes that crashed into the World Trade Center was hijacked after takeoff from Boston and headed to Los Angeles with 92 aboard, American Airlines disclosed.

The second plane may have flown out of Newark, N.J., the official said, speaking on condition of anonymity.

Asked if there was any possibility the crashes were anything other than deliberate, a government official said it appeared not to be an accident. 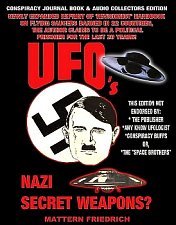