Americans will have to make a choice

The time is quickly approaching, when Americans will have to make a choice; take a stand for their liberty or live in bondage. The recent events depicted in the mainstream media coverage show an alarming increase in worldwide conspirator activity, and it almost assuredly will end in trouble for the land of the free. The theory is as follows:

As some of the readers have undoubtedly read, there has been a sharp increase in production among members of the steel industry as well as the discount in gold and gold mining, noted by Ed Brannum, which may be a certain sign of war. Congress also seems to be preparing for future events, as reported today by CNN.

"The House late Wednesday overwhelmingly passed a $6.5 billion supplemental spending bill for this fiscal year, the bulk of which will go to the military. The White House had requested the bill, which passed 341-87, with a handful of members not voting."

There also seems to be trouble brewing in the Mideast, with the entire military on high alert in response to confirmed "inspecific but credible" terrorist threats against "U.S. interests", the threats originating within Osama bin Laden's Al-Qaeda.

The IRS's Compliance Continuing Professional Education on Tax Protestors, their training manual for dealing with ordinary Americans who question the agency's motives, states that "The rate of growth of the protest movement is such that it appears uncontrollable by using conventional enforcement techniques." The Federal Reserve's own bill collecting agency is admitting that it is nearly in shambles, reducing its ability to collect revenue, which would be disastrous to the creditors that are "owed" this "federal debt", the creditors being international banks, and the debtors being us. Not only that, but IRS agents intent on seizing the property of Americans must now swear under oath, under penalty of perjury, that a tax is owed. Thus far, asset forfeitures have dropped an astounding 97%. A rule in Rothschild's World Revolutionary Movement states that any and all means to push the people into surrendering their sovereignty (namely, their homes) is "justified". They have lost a major factor in their capability to do so.

The Constitution of the united States of America has been incredibly effective in stopping the slow and quiet subjugation of this country by the Illuminati. With all of their effort, it now seems they have but one option remaining--the use of brute force, an all-out attack on the people. Their efforts on gun control and taxation are slowly failing, and it seems they have lost their patience. I predict the scenario is as follows:

1. Osama bin Laden may die, and in death, he may be a martyr. Muslim factions all over the world may declare war on the United States, and of course, its ally, Israel. I will refrain from including a detailed mention of our trouble with China, as its already been stated many times. This may be World War III.

2. As is always true with banking communities, a financial panic may be constructed as to throw the States into chaos, with the public being manipulated into "asking for help".

3. Domestic fiscal as well as physical disorder and future bombings on our own soil, in addition to the panic, and the war, may be used as an excuse by the president to declare martial law. As Mr. Brannum stated, there are confirmed reports of strange boxcars lined with shackles, which, personally, makes me ill. There are also reports of UN activity inside the United States, which cannot be a good sign.

4. The Federal Emergency Management Agency would most likely be used to enforce Executive Order 11490 under a national emergency. If you haven't heard of this order yet, signed into effect by Richard Nixon, I suggest you look it up. As in the CNN report on the supplemental spending bill, it states, "In addition, Democrats attempted to restore almost $400 million to the budget of the Federal Emergency Management Agency..." I doubt highly it is as said for "mounting FEMA bills in the wake of Tropical Storm Allison".

The next war may not just be fought on a battlefield in a foreign land, against foreign people. It may very well be fought here, very soon, in our streets, with the blood of our own sons. This is just a theory, and I don't pretend to know what is going to happen; but from the way things are looking, it may be a valid idea, as much as I would hate that it may be true, now, or in the future.

What You Should Know about the US Constitution 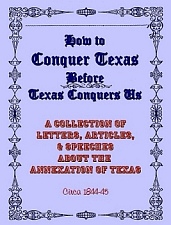