Here is an example of how desired "information" is placed in the public arena behind the smokescreen of a "leak". Orrin Hatch is an Illuminati go-for and he "reveals" what they want the public to believe.

Then, to make the "information" sound even more important and sensitive, Hatch is criticised by his fellow go-fors for revealing such "facts".

The outcome...the public are told what the Illuminati want them to believe and the "it was bin Laden" lie becomes even more powerfully imprinted.

WASHINGTON -- A senior senator's disclosure of highly classified information about the U.S. terrorism investigation has infuriated Bush administration officials and led to a clampdown on how much the White House will share with lawmakers.

Sen. Orrin Hatch (R-Utah), ranking Republican on the Senate Judiciary Committee, told reporters hours after terrorists crashed hijacked jetliners into the World Trade Center and the Pentagon that U.S. intelligence had intercepted a telephone call from a suspect reporting to his handler that the targets in New York City and near Washington had been hit.

"They have an intercept of some information that includes people associated with [Osama] bin Laden who acknowledged a couple of targets were hit," Hatch told The Associated Press. He made similar comments to ABC News and said the information had come from officials at the CIA and FBI.

Electronic intercepts represent some of the most sensitive intelligence possessed by the government. U.S. officials rarely discuss their content because to do so would reveal to adversaries, including foreign governments, that American intelligence had penetrated their sensitive communications.

Hatch's disclosure, with the possibility it would tip off terrorists that their communications had been compromised, left senior officials of the administration dumbfounded and angry.

"Well, that helps a lot!" exclaimed one official, who added an expletive for emphasis, after learning of Hatch's comments.

"It's important to underline that, when people deal with intelligence information and make it available to people who are not cleared for that classified information, the effect is to reduce the chances that the United States government has to track down and deal with the people who have perpetrated the attacks on the United States and killed so many Americans," Rumsfeld told reporters.

He described "people who ought to know better" who would disclose such information as being "willing to violate federal criminal statutes and willing to frustrate our efforts to track down and deal with terrorists."

A Pentagon official said Rumsfeld was concerned by Hatch's comments as well as others.

In an interview with the Tribune, Hatch testily denied he had disclosed any classified information.

"I have been here 25 years and I have never violated a classified matter, and I never will," Hatch said. He said no one with the Bush administration had contacted him about his comments about the telephone intercept.

Hatch has not been the only lawmaker to emerge from classified briefings this week and discuss sensitive information.

One side effect of such leaks, said Sen. John McCain (R-Ariz.), has been that the administration's briefings in Room 407 of the Capitol, a secure facility, have become gradually less informative.

Amid all of the leaking, McCain said, "I can understand then why we go to these meetings in 407 and I receive much less information than I do from turning on the television set." 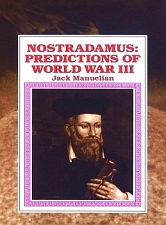