US PREPARES FOR `OPERATION NOBLE EAGLE'

US PREPARES FOR `OPERATION NOBLE EAGLE'

THE Pentagon today took one more step towards war, by giving a call-up of reserves and other military preparations around the country a name: Operation Noble Eagle.

The codename will be used for all actions in connection with the attacks on America, and recalls Operation Just Cause, the name of the coalition effort in the Gulf War.

The move comes as the reservists, which President George Bush has given permission to be called up, wait to learn when they should report for duty.

They will be used as part of what is termed "homeland defence" - backing up aircrews at bases around the nation.

Fighter jets are waiting on landing strips across America on 15-minute alerts - meaning they can be airborne within minutes of a threat being detected.

But to maintain the effort, the Pentagon, itself reeling from the destruction on part of one of its wings, had to call up technical staff and groundcrews from the 1.4 million-strong reserve.

A total of 13,000 air force reservists will aid the effort, while other troops have been called up to help security at ports, communications efforts and chaplains have also been told to report to bases.

The army will receive an extra 10,000 troops, and 7,500 Marines were given orders as well as 3,000 sailors and 2,000 coastguards. The American coastguard is part of its military, not a civilian service.

And today American defence secretary Donald Rumsfeld said he expected to ask for help from other countries, singling out Britain as a "close ally".

Speaking outside the Pentagon, itself a target of Tuesday's attacks, Mr Rumsfeld said: "The United States need assistance from states and intelligence information.

"We need intelligence to deny terrorists and terrorist networks. I have certainly been in touch with the minister of defence of the UK. They are certainly a very close ally with capabilities that are important."

And after the Northern Alliance rebel groups, who are fighting the Taliban in the north of Afghanistan offered their help, Mr Rumsfeld hinted that it maybe accepted in some form.

"There are countries that need to change their ways. This is not a problem that is unique to the United States. There is no a doubt in my mind that other countries are affected."

He also warned that no matter how high security was, it could not be a complete defence against terrorism.

"The best defence is an effective offence at this time, and that means they have to be rooted out." 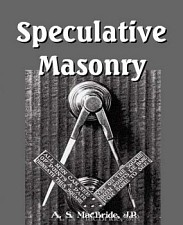