"Bombing Afghanistan Back to the Stone Age"
by MIR TAMIM ANSARY

I've been hearing a lot of talk about "bombing Afghanistan back to the Stone Age."

Ronn Owens, on KGO Talk Radio today, allowed that this would mean killing innocent people, people who had nothing to do with this atrocity, but "we're at war, we have to accept collateral damage. What else can we do?"

Minutes later I heard some TV pundit discussing whether we "have the guts to do what must be done."

And I thought about the issues being raised especially hard because I am from Afghanistan, and even though I've lived here for 35 years I've never lost track of what's going on there. So I want to tell anyone who will listen how it all looks from where I'm standing.

I speak as one who hates the Taliban and Osama Bin Laden. There is no doubt in my mind that these people were responsible for the atrocity in New York. I agree that something must be done about those monsters.

But the Taliban and Ben Laden are not Afghanistan. They're not even the government of Afghanistan.

The Taliban are a cult of ignorant psychotics who took over Afghanistan in 1997.

It's not only that the Afghan people had nothing to do with this atrocity. They were the first victims of the perpetrators. They would exult if someone would come in there, take out the Taliban and clear out the rats nest of international thugs holed up in their country.

Some say, why don't the Afghans rise up and overthrow the Taliban? The answer is, they're starved, exhausted, hurt, incapacitated, suffering.

A few years ago, the United Nations estimated that there are 500,000 disabled orphans in Afghanistan, a country with no economy, no food.

There are millions of widows. And the Taliban has been burying these widows alive in mass graves. The soil is littered with land mines, the farms were all destroyed by the Soviets. These are a few of the reasons why the Afghan people have not overthrown the Taliban.

We come now to the question of bombing Afghanistan back to the Stone Age.

Trouble is, that's been done. The Soviets took care of it already. Make the Afghans suffer? They're already suffering. Level their houses? Done.

Turn their schools into piles of rubble? Done. Eradicate their hospitals? Done.

Destroy their infrastructure? Cut them off from medicine and health care? Too late. Someone already did all that.

New bombs would only stir the rubble of earlier bombs. Would they at least get the Taliban? Not likely. In today's Afghanistan, only the Taliban eat,only they have the means to move around. They'd slip away and hide.

Maybe the bombs would get some of those disabled orphans, they don't move too fast, they don't even have wheelchairs. But flying over Kabul and dropping bombs wouldn't really be a strike against the criminals who did this horrific thing.

So what else is there? What can be done, then? Let me now speak with true fear and trembling. The only way to get Bin Laden is to go in there with ground troops. When people speak of "having the guts to do what needs to be done" they're thinking in terms of having the guts to kill as many as needed. Having the guts to overcome any moral qualms about killing innocent people. Let's pull our heads out of the sand. What's actually on the table is Americans dying. And not just because some Americans would die fighting their way through Afghanistan to Bin Laden's hideout.

It's much bigger than that folks. Because to get any troops to Afghanistan, we'd have to go through Pakistan. Would they let us? Not likely. The conquest of Pakistan would have to be first. Will other Muslim nations just stand by? You see where I'm going. We're flirting with a world war between Islam and the West.

And guess what: that's Bin Laden's program. That's exactly what he wants. That's why he did this.

Read his speeches and statements. It's all right there. He really believes Islam would beat the west. It might seem ridiculous, but he figures if he can polarize the world into Islam and the West, he's got a billion soldiers. If the west wreaks a holocaust in those lands, that's a billion people with nothing left to lose, that's even better from Bin Laden's point of view.

He's probably wrong. In the end the west would win, whatever that would mean, but the war would last for years and millions would die, not just theirs but ours. Who has the guts for that? 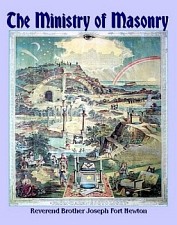