IMPORTANT QUESTIONS ABOUT LACK OF AIR RESPONSE TO HI-JACKED PLANES

I am a little confused about the plane crash in Washington D.C. I spoke to [a contact] who was in Alexandria [Virginia close to Washington DC] on Tuesday and heard the crash into the Pentagon.

In Washington D.C. they have, according to [the contact], the A.D.I.Z. the American Defense Identification Zone in which the Controller makes contact with incoming planes. Also known as I.F.F. Identification Friend or Foe. There was an hour warning that the plane had been highjacked. President Bush's plane had warning of the highjacking and took precautions, yet no IMMEDIATE defense was given to Washington D.C. when American Flight # 77 crashed into the Pentagon.

The Central Intelligence Agency warned the FBI that one of the highjackers of American Flight # 77 should not have been in the United States. His Visa had expired! The Intelligence breakdown is blamed "across the board!" [Writter] David Hagberg had authored [a] scenario [similar to that] of September 11th in his book High Flight.

[My contact, an expert in these matters] told me when an incoming Foe plane is a threat they send fighter planes out to identify them or shoot them down if they are a threat. "On average," radar coverage should extend to 400 miles in radius a total of 800 miles in diameter. It is an expression called Scrambling! He pointed out that they had fighter planes within a mile or two at TWO airports Andrews AFB and Bolling AFB, the Pentagon is right across the river. The Pentagon began being built in September of 1941 and is the largest building in the world, six million square feet. Directly west of Bolling AFB. President Bush landed at Andrews Air force Base yesterday and caught the helicopter from there as an example.

Alexandria is around 7 miles from Washington D.C. When you observe all of the phone calls on cell phones from the passengers, they should have had better protection. The plane hit the Pentagon at 9:40 am.

On another note, someone I know spoke to a retired CIA agent, who told them that the plane outside of Pittsburgh was "shot down." I would point out that the many witnesses said the plane was not shot down but crashed. Had they shot down this plane there would have been smoke and flames.

An interesting theory and set of facts are as follows: Mohammed Al Fayed was suing the Pentagon for having 1100 documents pertaining to the death of his son and Princess Diana. Mohammed Al Fayed's brother-in-law was Adnan Khasggoi, once the richest man in the world who worked with George H.W. Bush during the Iran-Contra scandal.

Adnan Khasggoi was a frequent visitor to Edwin Pauley's island in Hawaii, Coconut Island. Pauley ran an oil company in 1960 which was a CIA front with George H.W. Bush for the CIA's Bay of Pigs invasion, Operation Zapata.

Mohammed Al Fayed has the power of attorney to the Sultan of Brunei, one of the richest men in the world. All of these men, including George H.W. Bush had contacts to many sources in the Arab world. In 1953 both Bush Sr. and Fayed were working with Singer Sewing Machine company and both were in business with George de Mohrenschildt, Fayed in 1964, Bush in the 1950s. [DeMorenschildt was the closest friend of Lee Harvey Oswald - see posting about the Bush connection to the Kennedy assassination]. 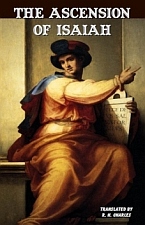