Born To Be President

Follow the transition as George W. Bush takes over the White House from Bill Clinton.

One of the passengers on the Mayflower was a man named Howard Howland, who sired two children and from them the lines eventually lead to FDR, Nixon and Ford as well as Bush.

AP Dubya, dad and brother Jeb on the cover of Time.

(CBS) If a high-tone pedigree were the main thing to be considered in electing a president, then George W. Bush would have won in a landslide, and we would have been spared the ordeal of hearing about pregnant chads and all the other lunacies that were inflicted on us by Florida's political chaos.

It's common knowledge, of course, that Bush has the honor of being the first man since John Quincy Adams to follow his father into the White House. And that Dubya's brother, Jeb, is the governor of Florida. But these family connections turns out to be the least of it.

According to a research scholar at the New England Historic Genealogical Society, the president-elect's family tree is no mere bush. Instead, it happens to be a giant, sprawling oak with multitudinous branches that include some of history's most illustrious leaders from both sides of the Atlantic.

In gathering material for his 1995 book Ancestors of American Presidents, Gary Boyd Roberts discovered that Bush is related to no fewer that 16 chief executives, including the three generally regarded as our greatest presidents - George Washington, Abraham Lincoln and Franklin D. Roosevelt.

It's true that most of these gents were distant cousins, several times removed, but so what? Family is family.

Among the president-elect's ancestors was the Rev. John Lathrop who, among other things, was the founder of Barnstable, one of the oldest communities on Cape Cod. Through him, Bush is related to Grant and FDR.

One of the passengers on the Mayflower was a man named Howard Howland, who sired two children and from them the lines eventually lead to FDR, Nixon and Ford as well as Bush.

Yet another ancestor was Agnes (Yeomans) Wheeler, revered by genealogists as the Mother of Presidents because she is the only woman who had as many as five descendants elected to the White House: Garfield, Hoover, Ford and the two Bushes.

The maiden name of the president-elect's mother is Pierce, and she is indeed a direct descendant of Franklin Pierce, the only New Hampshire man ever elected president. But the Bush side of the family is also related to Pierce through a 17th Century ancestor named Daniel Brewer, whose lineage also leads to Rutherford Hayes.

And so it goes through the complex and gnarled maze of interlocking branches that connect so many of America's First Families, one to another.

But Bush's illustrious ancestry is not confined to presidents, for royal blood also courses through his veins. He is descended from three kings of England - Henry I, Henry II and Edward I - and two Scottish monarchs, Robert II and William I.

Given those regal connections, it should come as no surprise to learn that Bush is a distant cousin of both Queen Elizabeth and Princess Diana.

And according to Roberts, our genealogical source, the presence of kings and queens in the Bush family tree does not make him as unusual as one might think. For all told, 16 presidents and 14 first ladies have been descended from European royalty.

Among Bush's ancestors on this side of the Atlantic, we should not fail to mention Dr. Samuel Prescott, who completed Paul Revere's famous midnight ride in 1775.

Or his connection to Pocahontas, the legendary Indian princess who, after saving the life of Captain John Smith, went on to marry another Englishmen, John Rolfe, the first colonist to grow tobacco as a crop. Their marriage produced only one American great-grandchild, who became the wife of another Bush ancestor.

Nor should we neglect the president-elect's more recent forbears, who have certainly done their best to measure up to the family's blue-blood heritage.

On both sides of the family, Bush is descended from patrician WASPs - long-time pillars of the Eastern Establishment - who went to all the right schools, belonged to the most exclusive clubs and had flourishing careers in banking, industry, publishing - and, of course, politics.

George W's paternal grandfather, Prescott Bush, was an investment banker who became the first member of the family to win election to public office. He served as the U.S. senator from Connecticut in the 1950s and was among the privileged few who frequently played golf with President Dwight Eisenhower - one of the few chief executives to whom the Bushes are not related.

A deeply formal man with a stern demeanor, Prescott Bush admonished his offspring to "call me Senator."

The president-elect's maternal grandfather, Marvin Pierce, was no less successful in his chosen field. He rose through the ranks at McCalls Publishing to become president and chairman of the board.

And from the previous generation, there was George Herbert Walker, who founded a Wall Street investment firm that was later purchased by Merrill Lynch. An avid sportsman, he was president of the U.S. Golf Association and established the Walker Cup, the prestigious international competition for par-breaking amateurs.

He was, in fact, a family figure of such eminence that his name has been passed down from one male heir to another. (The full name of the 41st president is George Herbert Walker Bush, and the now-famous "Dubya" in his son's name stands for Walker.)

Through much of the 20th Century, the Bushes had homes in New York City, Long Island and Connecticut. Vacations were spent at the family compound in Kennebunkport, Maine, their large plantation in South Carolina and a posh island retreat in Florida, where their neighbors were Doubledays and Roosevelts and Vanderbilts and the like.

But before we jump to any hasty conclusions, it should be noted that the Bush family tree extends well beyond the borders of the upper class. According to Roberts, our next president is distantly related to roughly half of the entire U.S. population.

Which could well explain why the 2000 presidential election was the closest in American history. Those citizens who feel even a faint kinship with Bush were probably guided by some mysterious DNA force to vote for their "cousin," while the rest of us cast our ballots for his opponent.

It just may have been as simple as that. 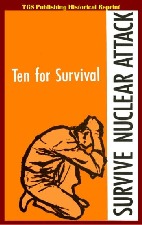