This is the New World Order

You can tell why any given scenario was instigated by the reaction it provokes from politicians and the media. F & M is a prime example. But on the day of the WTC attack, the 11th of September, before the dust had even settled or anyone knew who was responsible, certain World Leaders had their carefully scripted retort ready and delivered it straight away.

Secretary of State Colin Powell came on air and said "they" cannot be allowed to undermine democracy. Who was he talking about, when he said "they?" Islam? Big assumption at that time. They blamed Bin Laden for Oklahoma, and they were wrong!

He said, that 'civilized' world leaders should unite to oppose the evil of terrorism. It's a war, long term, he said, on all fronts. Powell, who can apparently speak for all US citizens (is he psychic?) said, "the American people see this as an act of war, even if that's not a legal stance."

George Bush's unmoved, unemotional and unnatural four minute performance, reading his lines from autocue was the most revealing factor, he said "freedom is under attack." A cool, unshaken Bush said, 'freedom' (to dominate the Earth) will be protected. American land borders were closed, and FEMA, a law unto itself, reared it's ugly head.

Bush was criticised for not reflecting the mood of the people, so the following day, he tried to weep on camera, and talked of "hugs & kisses."

Guiliani said, it was an attack on the "Free World."

Tony Blair said, "terrorism is the new evil in the World and will be eradicated."

A delighted Netanyahu said, "the forces of freedom must unite in an all out war on terrorism."

Sharon blamed, "the forces of evil" and used the tragedy as a smokescreen to invade and terrorise Palestine by land, air and sea.

George Robertson said, "NATO represents freedom and is on standby to assist the US in it's war against terrorists." He didn't mention that the Royal Navy, Air Force and Marines were mobilised a couple of weeks ago, on a 'training mission' to Oman, to test British Naval Supremacy.

A Colonel Edwards of the UN claims, "they (Muslims) don't care if they die" so presumably that means it's OK to kill them?

But most disturbing was that no distinction is to be made between terrorists and those who harbour them. That casts a very wide net, catching Palestine, Afghanistan, Iraq and Pakistan, also Chechnya, in fact every Islamic country is now a legitimate target.

Kissinger said, it's time to go after the terrorists and pre-empt and target potential terrorists before they strike (as Israeli's do in Palestine.) He said it should be met with the same response as Pearl Harbour. Now you know what he's saying!!

Bush said he will utilize all of his military arsenal to retaliate, so that includes biological, chemical and geophysical weapons, plasma beams, ballistic missiles and of course, nuclear weapons. Cheney said, a germ warfare attack could kill millions. It already has, with AIDS in Africa.

William Cohen, former Defence Secretary says, "Others [terrorists] are engaging even in an eco-type of terrorism whereby they can alter the climate, set off earthquakes, volcanoes remotely through the use of electromagnetic waves...(who, Bin Laden?) So there are plenty of ingenious minds out there that are at work finding ways in which they can wreak terror upon other nations...It's real, and that's the reason why we have to intensify our [counter-terrorism] efforts."

This is an admission that America, the most technologically advanced nation, and only 'Superpower' (according to Lord Chalfont, Defence Chief of the House of Lords) have developed techniques using the weather, as a weapon. (H.A.A.R.P)

Afghanistan is suffering the worst drought in living memory. It hasn't rained in Venezuela since May. East Africa has been plagued with drought since a BBC film crew arrived in the Highlands of Ethiopia to capture the horror of famine in the 1960's, to utterly discredit Haille Selassie. He was replaced by Mengistu, who murdered 10 million more.

Floods have destroyed infrastructure from Mozambique to Orissa and plunged the Third World into a never-ending cycle of debt. Then there was the Gujarat earthquake, amongst others to exacerbate dependency and suffering.

But on the WTC disaster, Ehud Barak, jumping the gun said on Sky News to Adam Boulton, this requires immediate attacks on 'Rogue States' like Afghanistan, Iraq and Libya, (before there was even a suspect) while Colonel Gadaffi offered assistance to the USA and Yasser Arafat gave blood.

Tony Blair said, 'Operation Cobra' (serpent) has stepped up security, with police on full alert and British defence facilities around the World are on high alert. (In the Middle East, already!) We will now require ID cards.

And reading from the same rehearsed script as Colin Powell, Blair said; the 'free and democratic' nations will defeat these evil terrorists, "their barbarism is their shame."

James Ruben, unscathed, like all other politicians, said; This is an attack on all the 'civilized' countries of the World, not just America. America must destroy them. Israel urged the USA to investigate the organisations suicide bombing them, in relation to this atrocity.

Cheney now wants the CIA to have the right to recruit known criminals (no change there then!) And William Cohen wants racial profiling introduced.

But a UK RIIA terrorist expert said on the BBC that a cell within the USA must be responsible, Bin Laden does not have the capability to co-ordinate this scale of attack.

Fighter planes are patrolling American airspace. The military have deployed F117 Raptors on full "war-time" military alert. Francis Tusa a defence analyst, said that although George Bush announced the New World Order at the start of the Gulf War, nothing really changed, but with this single act, all the rules of International Politics have changed. This is the NWO 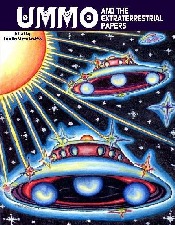