NEWS from the North American Regional Office of the International Federation of Chemical, Energy, Mine and General Workers' Unions

A joint release by the AFL-CIO and ICEM

DALLAS, May 15 -- Worker shareholders are stepping up their global campaign to end corporate support for Burma's military dictatorship at Halliburton's (NYSE: HAL) annual meeting today. Representatives of the AFL-CIO and the International Federation of Chemical, Energy, Mine and General Workers' Unions (ICEM) are speaking in favor of a shareholder resolution addressing the Halliburton's involvement in human rights abuses in Burma. Halliburton, the energy giant formerly headed by Vice President Dick Cheney, is one of the few U.S. based companies with investments in Burma -- a country whose government is noted for massive human rights violations and involvement in narcotics trafficking.

The shareholder resolution, sponsored by the LongView Collective Investment Fund of the Amalgamated Bank of New York, urges the Halliburton board of directors to report on the company's operations in Burma. The resolution asks what steps Halliburton has taken to assure "that neither Halliburton nor any of its subsidiaries is involved in or appears to benefit from the use of forced labor or other human rights abused in Burma."

"Working people who invest in Halliburton want to know if its operations in Burma prop up a military regime which condones forced labor and other human rights abuses," said AFL-CIO President John Sweeney. "The LongView resolution at Halliburton is a positive measure in the best interests of its shareholders that will lead toward compliance with internationally-recognized workers' rights."

In November 2000, the International Labor Organization (ILO) approved a resolution urging members to "review their relations with Burma" and "ensure that such relations do not perpetuate the system of forced or compulsory labour in that country."

"The ILO has clearly ruled that forced labor is continuing and systematic in Burma, and our energy unions in that region have made their views very plain," said Fred Higgs, ICEM General Secretary. "We call upon Halliburton to disinvest from Burma. We cannot condone any economic activity which directly or indirectly supports the regime in Burma until full democracy and human rights, including workers' rights, are restored there."

A recent proclamation issued by the ICEM's energy union affiliates from the Asia/Pacific region, meeting in Bangkok, Thailand, called on oil and gas companies to "cease investment in Burma while the use of forced labor continues." The unions represented were from Australia, Bangladesh, Fiji, India, Indonesia, Japan, Malaysia, Nepal, Pakistan, Philippines, Singapore, Taiwan, Thailand and Vietnam. The ICEM is a global trade union federation uniting 20 million workers in over 400 affiliated unions in 110 countries.

Halliburton's recent activities in Burma include its participation in the Yadana pipeline, a project that used forced labor. The Yadana pipeline is one of the largest foreign investments in Burma, projected to provide the military-controlled regime with $150-$400 million annually for decades. Unocal, another U.S. company doing business in Burma, is being sued by victims of forced labor on the Yadana project. Halliburton's involvement in the Yadana project occurred during Vice President Cheney's tenure as CEO of the company.

In addition, Halliburton has been instrumental in efforts to oppose sanctions on Burma through its strong involvement with USA-Engage and the National Foreign Trade Council (NFTC), two powerful industry groups. Vice President Cheney last fall defended his former company's operations on "Larry King Live" stating that, "you have to operate in some very difficult places and oftentimes in countries that are governed in a manner that's not consistent with our principles here in the United States."

"The struggle for human and workplace rights in Burma has been critical for our union for many years," notes Joe Drexler, Director of Special Projects of the Paper, Allied-Industrial, Chemical and Energy Workers International Union (PACE), which represents workers in the oil and gas industry. "Our members don't want their retirement savings invested by Halliburton in brutal dictatorships that use forced labor. It's just wrong."

The situation in Burma violates the ILO Declaration on Fundamental Principal and Rights at Work, including the right to no forced labor. Unions around the world have recently launched a campaign to make sure workers know these rights, distributing an ILO-produced poster in workplaces and communities worldwide. 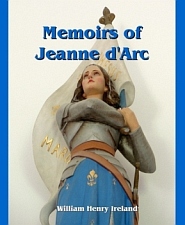