CHENEY,
THE LIAR AND THE CHEAT,
AND HOW HE USES HIS POLITICAL POWER
TO LINE HIS POCKETS
Halliburton's Destructive Engagement
How Dick Cheney and USA
Subvert Democracy At Home And Abroad

This article is extracted from a report written by Mr. Bruno and Jim Vallette for Earth Rights International

Since Dick Cheney became a candidate for Vice President, many journalists have focused on his mixed financial record as CEO of Halliburton, and his enormous retirement package. Few have investigated Dick Cheney's role in influencing foreign policy for the benefit of the company. Nor have they looked into Halliburton's role in undermining democracy Burma.

We found that while Cheney was CEO, Halliburton did business with the notorious Yadana pipeline project in Burma - an environmentally damaging project on behalf of which, according to a U.S. federal court, egregious human rights abuses were committed, including murder, torture, rape, forced labor and forced relocation.

Halliburton's public relations department says simply, "We don't do business in Burma," and has declined to clarify or justify the company's involvement with these notorious pipelines.

Halliburton is also one of the driving forces behind USA-Engage, a corporate coalition which, along with the National Foreign Trade Council (NFTC), has become a serious obstacle to the Burma democracy movement. They oppose Burma sanctions. They opposed the Massachusetts Burma law, a selective purchasing measure modeled after laws that helped bring down apartheid in the 1980's. They believed only in "engagement," even for Burma, where the leader of the democratically elected ruling party, Aung San Suu Kyi, has called for sanctions to isolate and weaken the brutal military dictatorship.

They had also tried to undermine some positive expressions of democracy in the U.S., by attacking laws that helped citizens control how their state and local tax dollars were spent.

The work of these powerful corporate groups came to fruition last June, when the Supreme Court struck down the Massachusetts Burma law. The corporations' winning argument was that states should not be able to steer money away from the Burma dictatorship, because the federal government has already enacted sanctions against Burma that preempt state laws. But the same corporations also vigorously lobby Congress not to impose those federal sanctions.

Cheney's views on sanctions are consistent, and they are also remarkably beneficial to the oil business. That Dick Cheney built up Halliburton and got rich cashing in on connections from a long political career is obvious. That his policies and influence are serving commercial interests at the expense of human rights and the environment is less understood. It is hidden behind the doctrine of "constructive engagement," which holds that what's good for U.S. business is good for democracy, anywhere and everywhere.

The fallacy of the engagement doctrine is illustrated perfectly by Halliburton's destructive engagement with the Burmese military dictatorship, one of the most repressive in the world. In the course of providing security for this project, the Burmese military killed, raped, tortured and employed slave-like working conditions for thousands of villagers. Western companies, Unocal and Total, knew about these practices, accepted them, and benefited from them.

As did Halliburton. Halliburton worked on the pipeline at least twice; once during the early 1990's as part of pre-commissioning of the pipeline, and once in 1997 when it helped lay the offshore portion of the pipeline. In addition, Dresser Industries, while in the process of being purchased by Halliburton in 1998, manufactured the coating for the Yetagun pipeline, which runs parallel to the Yadana and is associated with the same sorts of abuses. Their involvement with the Yadana pipeline, though not as intimate as Unocal's, is clear. At a time when the Burmese government routinely and brutally violated basic human rights, Halliburton worked for them in a unnecessary but profitable boondoggle that will help support the dictatorship for years, and profited from the misery of villagers targeted by the military.

This is the real face of "engagement" with Burma. And while it is an especially ugly case, it is not an isolated instance. Halliburton does business in many other controversial places--including Azerbaijan, Indonesia, Iran, Iraq, Libya and Nigeria--asserting that engagement helps bring American values and democracy. Many human rights groups do not believe sanctions are appropriate against all dictators. Sanctions must be evaluated on a case-by-case basis. Apartheid-era South Africa is the classic case in which sanctions were an appropriate tool for pressuring, isolating, and weakening an illegitimate regime. Burma is another.

For all the rhetoric of democracy and American values, the real agenda of Halliburton and USA-Engage is to remove any and all obstacles, including moral compunction, from doing business. As Dick Cheney says, "You've got to go where the oil is. I don't think about it [political volatility] very much." For Halliburton, "not thinking very much" about political instability, human rights or environmental protection has been a financially successful strategy.

In the vice presidential debate against Joe Lieberman, when Lieberman quipped that Dick Cheney was much better off (financially) under a Democratic Administration than he had been eight years before, Cheney retorted that "it had nothing to do with the government." In fact it had everything to do with the government, because Halliburton is a Welfare King, having benefitted from portions of some $6 billion in financial packages from multilateral and bilateral aid to countries where they work.

It is important for members of all three branches of the U.S. government--at the federal, state and local levels--and for all citizens, to understand what is really behind the assault on democracy by Dick Cheney, Halliburton and USA-Engage. This understanding is a first step toward resisting their undue influence on our foreign policy and maintaining our ability to practice solidarity with democracy movements in other countries. The next step is to place commitment to human rights above the commercial interests of these companies. 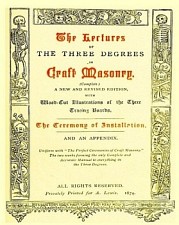