As Halliburton chief, he led a company that did business in the repressive Asian nation

IN MY OPINION
Robert B. Textor

Dick Cheney, the new vice president and former defense secretary, will be one of the key foreign policy advisers to George W. Bush, who assumes office today with virtually no foreign policy background.

Will the advice Cheney gives to Bush be good advice? Ethical advice? Or will Cheney advance an agenda that allows American corporations to make handsome profits overseas in countries whose dictatorships force their citizens into unpaid labor?

The answer is predictable. Cheney, as CEO of Halliburton Inc., has already enriched himself in just this fashion. After just five years of service with Halliburton, Cheney received a multimillion-dollar separation allowance -- part of which will be traceable to Halliburton's very profitable oil equipment operations in Burma.

According to data supplied by the ruling military junta of what's also called Myanmar, on any given day that regime forces some 800,000 citizens to do unpaid labor. This regime has been repeatedly condemned by the U.N. General Assembly, the International Labor Organization, the European Community, the AFL-CIO, Amnesty International and the U.S. government itself.

Cheney has said yes. I believe this makes him a clear and present danger to world peace.

The Wall Street Journal last year carefully documented the devious involvement of Halliburton and Cheney in Burma. "Halliburton's Burma connection is a potentially embarrassing episode for Mr. Cheney," the paper said. "Since 1988, when the Burmese army killed thousands of pro-democracy protesters to stay in power, the country's military junta has been widely condemned as one of the world's most brutal violators of human rights. The United States, which withdrew its ambassador and suspended aid to Burma a decade ago, banned new U.S. investment in the country in 1997 and has led international efforts to isolate the regime."

The article then refers to the notorious Yadana pipeline: "The Western companies that in partnership with the country's military rulers sponsored the pipeline and hired contractors like the Halliburton venture already knew the project was benefiting from forced Burmese labor and 'numerous acts of violence' by Burmese military, according to recent findings by a U.S. federal judge in Los Angeles."

Numerous U.S. corporations have already pulled out of Burma, including some that didn't wait for the executive order: Texaco, Motorola, Hewlett-Packard, PepsiCo and Portland's own Columbia Sportswear.

More recently, even conservative Republican senators like Jesse Helms and Mitch McConnell, noting the steadily deteriorating civil rights situation in Burma, have been pressing for a policy that would go beyond banning investment and ban all imports of any kind from Burma.

I call upon our new vice president to:

2 Contribute that portion of his separation allowance attributable to Halliburton's activities in Burma to an organization such as the International Red Cross;

3 Urge his company to withdraw completely from Burma; ando Support, rather than obstruct, the spirit of the existing bipartisan U.S. policy of promoting democracy and human rights in Burma.

Absent some such form of redemption, in my opinion Cheney will never qualify ethically to be our vice president.

Robert B. Textor of Portland, a retired anthropology professor at Stanford University, is a Southeast Asia specialist. 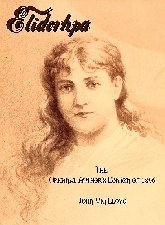