(THE MAN WHO WANTS TO DEFEND THE WORLD AGAINST TERRORISM)
AND THE FORTUNE HE MAKES THROUGH "FORCIBLE RELOCATION OF VILLAGES, FORCED LABOUR, RAPE, AND MURDER".

OH YES, AND HIS DEALS WITH INDONESIA, IRAN, IRAQ, LIBYA, AND NIGERIA, ALL BASTIONS AGAINST TERRORISM, OF COURSE.
Activists Target
Vice Presidential Candidate
for His Involvement in Burma

WASHINGTON - Lawyers for victims of human rights abuses committed by the military regime in Burma claim that the Republican Party's vice presidential nominee was involved in a company that assisted in energy projects in Burma associated with violent human rights abuses.

Until he was selected as vice presidential candidate for the Republican ticket, Dick Cheney headed the energy giant Halliburton, which activists say owned a subsidiary which helped construct two pipelines that involved the forcible relocation of villages, forced labour, rape and murder.

''Halliburton partners and subsidiaries, both before and during Dick Cheney's tenure as CEO, have been contractors for pipeline projects that have led to crimes against humanity in Burma,'' says Katie Redford, a human rights lawyer with EarthRights.

The military government in Burma, also known as Myanmar, has long been considered one of the world's most abusive regimes. The United States and the European Union have imposed economic sanctions against the country due to the military's human rights abuses.

The regime is holding Nobel Peace laureate Aung San Suu Kyi, whose political party swept national elections 10 years ago with more than 80 percent of the vote, under house arrest.

With western countries blocking substantial economic assistance from the World Bank and other multilateral financial institutions, the regime has been forced to rely on foreign investment in order to earn hard currency.

Two such investment projects are the Yadana and Yetagun pipelines. The 1.2 billion-dollar Yadana pipeline will pump natural gas from off- shore fields in the Andaman Sea through Burma to Thailand. Construction began in 1992 and was completed last year.

Lawyers with EarthRights have gathered testimony from more than 100 villagers and several alleged army deserters who claimed to be victims or witnesses of abuses related to the army's security operations in the pipeline.

Activists are demanding that the consortium operating the pipeline, including French oil giant Total, US-based Union Oil of California (Unocal), and a Thai state owned company, withdraw from the project and Burma altogether.

Redford and other lawyers for victims of human rights abuses committed by the military regime in Burma are appealing a Los Angeles judge's recent ruling that they cannot sue California-based Unocal which allegedly knew about and benefited directly from the regime's conduct.

In the case, 'John Doe et al versus Unocal et al,' the lawyers argued that the company should be held liable for abuses committed by the army which, according to their legal theory, acted as paid agents of Unocal and other members of the consortium.

On Aug. 31, US District Judge Ronald Lew found that evidence had been presented that Unocal knew or should have known about human rights abuses committed in connection with the project and that these acts benefited the project.

But, the judge concluded even if that were all proven in court, the plaintiffs would have to show that Unocal was much more involved.

If the case proceeds, it could have major implications for recent efforts by the United Nations and other international groups to promote codes of conduct for companies operating in developing countries.

While activists appeal the ruling, Washington-based EarthRights is now taking aim at Halliburton whose subsidiary European Marine Contractors, in a joint venture with the Italian company Saipem, helped lay the offshore portion of the Yadana pipeline in 1996 and 1997, according to a new report by the advocacy group.

Cheney was CEO of Halliburton during this time. Halliburton Energy Services also provided pre-commissioning services to the Yadana pipeline with the help of the British company, Alfred McAlpine, according to the 42-page report released here Wednesday.

Human rights activists also connect Halliburton with a second pipeline, the Yetagun, which was constructed parallel to the Yadana pipeline. EarthRights claims that Bredero-Shaw, a subsidiary for Dresser Industries manufactured the coating for the Yetagun pipeline in 1998. Dresser was purchased by Halliburton that same year.

EarthRights has documentation that the Yetagun pipeline is associated with the same pattern of human rights abuse as reported against the Yadana pipeline. ''To be involved in the Yetagun project is to knowingly accept brutal violations of human rights as part of doing business,'' says Redford.

Cheney announced early last month that he would forfeit some options in Halliburton if the Republican ticket is elected. He has already sold a large part of his holding in the energy company.

EarthRights also outlines some of Halliburton's other activities in Indonesia, Iran, Iraq, Libya and Nigeria.

One of the company's contracts with Indonesia was cancelled by the government during a purging of corruptly awarded contracts. An Indonesian corporate watchdog organisation called Halliburton's engineering division, Kellogg Brown and Root among 59 companies that used ''collusive, corruptive and nepotistic practices'' with former president Suharto's family, according to EarthRights.

In Nigeria, Halliburton was accused of complicity in the shooting of a protestor by Nigeria's Mobile Police Unit.

Last June, the Supreme Court sided with the NFTC which fought against the Massachusetts Burma law that prohibited state money from employing or contracting with companies that work in Burma.

Pro-democracy Burmese groups and US human rights activists compared the selective purchasing law with those laws that helped bring down apartheid in South Africa in the 1980s.

The NFTC argued that states should not be able to steer money away from Burma dictatorship because the federal government has already enacted sanction against Burma that pre-empt state laws.

Dick Cheney signed an amicus brief against the Massachusetts law, according to the EarthRights report. Like Unocal corporate officers, he argued that sanctions do not work and that what is needed is so-called ''constructive engagement' with governments accused of abuses.

But Redford says the term constructive engagement is a smokescreen and what is really behind Halliburton's and the NFTC's agenda is commercial interests.

''The real reason is they don't want to lose the business for themselves,'' she says. 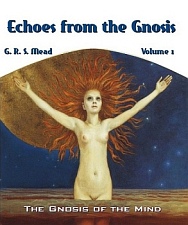