"Al Qaeda"
The Base

The US government issued an indictment in November 1998 alleging that Osama bin Laden heads an international terrorist network called "Al Qaeda," an Arabic word meaning "the base."

Now, thinking of that definition, and also thinking of where they are starting this "war" on terror (you know what he really said)--Afghanistan, that is already bombed back to the Stone Age...how much further down on the pyramid (base) could you possibly get than to Afghanies who are already in survival mode.

Then they'll move up the pyramid from there. Eventually they get towards the top and even knock out the Americans who are enabling this to happen, then further up to congressmen, CEO's, alphabet agencies etc--all those who are participating but that do not fit into the category of "don't mention the..."

The US government issued an indictment in November 1998 alleging that Osama bin Laden heads an international terrorist network called "Al Qaeda," an Arabic word meaning "the base." The government's allegations from this and subsequent indictments concerning Al Qaeda include the following:

* In approximately 1989, bin Laden and co-defendant Muhammad Atef founded "Al Qaeda," " an international terrorist group ... which was dedicated to opposing non-Islamic governments with force and violence."

* "One of the principal goals of Al Qaeda was to drive the United States armed forces out of Saudi Arabia (and elsewhere on the Saudi Arabian peninsula) and Somalia by violence."

* "Al Qaeda had a command and control structure which included a majlis al shura (or consultation council) which discussed and approved major undertakings, including terrorist operations." Both Atef and bin Laden sat on this council.

* Al Qaeda had ties to other "terrorist organizations that operated under its umbrella," including: the al Jihad group based in Egypt, the Islamic Group, formerly led by Sheik Omar Abdel Rahman, and other jihad groups in other countries. "Al Qaeda also forged alliances with the National Islamic Front in Sudan and with representatives of the government of Iran, and its associated terrorist group Hezballah, for the purpose of working together against their perceived common enemies in the West, particularly the United States."

* The named defendants, plus other members of Al Qaeda, "conspired, confederated and agreed to kill nationals of the United States." In furtherance of this conspiracy,

* Bin Laden and others "provided training camps and guesthouses in various areas, including Afghanistan, Pakistan, Somalia and Kenya for the use of Al Qaeda and its affiliated groups,"

* Bin Laden and others provided currency and weapons to members of Al Qaeda and associated terrorist groups in various countries throughout the world.

* Bin Laden established a headquarters for Al Qaeda in Khartoum, Sudan, in 1991, and established a series of businesses, including two investment companies, an agricultural company, a construction business and a transportation company, all of which were, "operated to provide income and support to Al Qaeda and to provide cover for the procurement of explosives, weapons and chemicals and for the travel of Al Qaeda operatives."

* Bin Laden issued a number of fatwahs (rulings on Islamic law) stating that US forces stationed in Saudi Arabia, Yemen, and the Horn of Africa, including Somalia, should be attacked.

* Al Qaeda members "provided military training and assistance to Somali tribes opposed to the United Nations' intervention in Somalia. ... On October 3 and 4, 1993, in Mogadishu, Somalia, persons who had been trained by Al Qaeda (and trainers who had been trained by Al Qaeda) participated in an attack on United States military personnel serving in Somalia as part of Operation Restore Hope, which attack resulted in the killing of 18 United States Army personnel.

* Bin Laden and others attempted to procure components of nuclear and chemical weapons.

Defendants bin Laden, Atef, Fazul Abdullah Mohammed, and Odeh, together with other members of Al Qaeda "detonated an explosive device that damaged and destroyed the United States Embassy in Nairobi, Kenya, and ... directly .. caused the deaths of at least 213 persons, including Kenyan and American citizens." 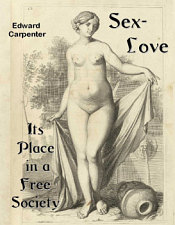