Seventeen years later than expected, 1984 has arrived. In his address to Congress Thursday, George Bush effectively declared permanent war -- war without temporal or geographic limits; war without clear goals; war against a vaguely defined and constantly shifting enemy. Today it's Al-Qaida; tomorrow it may be Afghanistan; next year, it could be Iraq or Cuba or Chechnya.

No one who was forced to read 1984 in high school could fail to hear a faint bell tinkling. In George Orwell's dreary classic, the totalitarian state of Oceania is perpetually at war with either Eurasia or Eastasia. Although the enemy changes periodically, the war is permanent; its true purpose is to control dissent and sustain dictatorship by nurturing popular fear and hatred. The permanent war undergirds every aspect of Big Brother's authoritarian program, excusing censorship, propaganda, secret police, and privation. In other words, it's terribly convenient. And conveniently terrible. Bush's alarming speech pointed to a shadowy enemy that lurks in more 60 countries, including the US.

He announced a policy of using maximum force against any individuals or nations he designates as our enemies, without color of international law, due process, or democratic debate. He explicitly warned that much of the war will be conducted in secret. He rejected negotiation as a tool of diplomacy. He announced starkly that any country that doesn't knuckle under to US demands will be regarded as an enemy. He heralded the creation of a powerful new cabinet-level police agency called the "Office of Homeland Security."

Orwell couldn't have named it better. By turns folksy ("Ya know what?") and chillingly bellicose ("Either you are with us, or you are with the terrorists"), Bush stepped comfortably into the role of Big Brother, who needs to be loved as well as feared. Meanwhile, his administration acted swiftly to realize the governing principles of Oceania:

WAR IS PEACE. A reckless war that will likely bring about a deadly cycle of retaliation is being sold to us as the means to guarantee our safety. Meanwhile, we've been instructed to accept the permanent war as a fact of daily life. As the inevitable slaughter of innocents unfolds overseas, we are to "live our lives and hug our children."

FREEDOM IS SLAVERY. "Freedom itself is under attack," Bush said, and he's right. Americans are about to lose many of their most cherished liberties in a frenzy of paranoid legislation. The government proposes to tap our phones, read our email and seize our credit card records without court order. It seeks authority to detain and deport immigrants without cause or trial. It proposes to use foreign agents to spy on American citizens. To save freedom, the warmongers intend to destroy it.

IGNORANCE IS STRENGTH. America's "new war" against terrorism will be fought with unprecedented secrecy, including heavy press restrictions not seen for years, the Pentagon has advised. Meanwhile, the sorry history of American imperialism -- collaboration with terrorists, bloody proxy wars against civilians, forcible replacement of democratic governments with corrupt dictatorships -- is strictly off-limits to mainstream media. Lest it weaken our resolve, we are not to be allowed to understand the reasons underlying the horrifying crimes of September 11.

The defining speech of Bush's presidency points toward an Orwellian future of endless war, expedient lies, and ubiquitous social control. But unlike 1984's doomed protagonist, we've still got plenty of space to maneuver and plenty of ways to resist. It's time to speak and to act. It falls on us now to take to the streets, bearing a clear message for the warmongers: We don't love Big Brother.

Jacob Levich is an writer, editor, and activist living in Queens, New York. 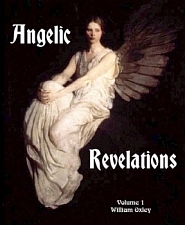