Welcome to the new America! The America heralded in by King George IV. Our King is mobilizing tens of thousands of our men to go to bloody battle in our name against an, as yet, unidentified enemy. Makes sense-at least to Americans who have been deliberately conditioned to wage war against innocents, obliterate entire cities in hellish firestorms, burn little kids with napalm, shove our heel against the throats of a million Iraqis until they starve to death, finance and endorse more than 50 years of terror and tyranny in Palestine and generally tell a complaining world to bug off. We're Americans! We are so powerful that we cannot seem to control ourselves. We lust to exercise our power. Never mind that we have no idea who the enemy really is-let's go bomb the living daylights out of some cities to let the world know that we won't tolerate the same being done to us.

Our Court Jesters in the media are clamoring for war and with indulgent smiles advising Americans that some of our rights will need to be curtailed for our own security. Some government officials are suggesting that our freedoms were partly responsible for Tuesday's horrific tragedy. Come again? Our Federal government is supposed to provide for the common defense. They obviously blew that job, and are vowing revenge, most notably against some guy in Afghanistan who no one seems to be able to find, but we have to give up our domestic rights? If this guy in Afghanistan was the master mind of this disaster, if a foreign government sponsored this attack, then why is our government tapping our phones, monitoring our email, limiting our travel, arresting people based on ethnicity and generally creating what looks more and more like a police state?

Frankly, I don't like the idea of the FBI, CIA, etc., nosing around in my private affairs. I don't get a warm, fuzzy feeling when I hear politicians talk about our freedoms as if they're a danger to us. REAL Americans, those who uphold the Constitution and honor the principles on which our country was founded, are quite capable of taking care of themselves. It would seem our government is the one we need protection from.

More than 60 years of the most dismal, decadent, misguided foreign policy, directed by our engorged Federal Government, has brought this calamity down on our heads-not our Constitution, not our Declaration of Independence, not our Bill of Rights, not the First Amendment nor the Second Amendment. Billions upon billions of our dollars have been spread around the world to coerce foreign governments to act against the will of their people. Billions upon billions of our dollars have been spent to arm, train and assist tyrants. Who knows how many billions have been spent buying our politicians, and thus our freedom!

Instead of curtailing our freedoms, why don't we do some housecleaning in our government and media? All the talking heads who shouted fire in the theater, immediately blaming Arabs for Tuesday's atrocities before the fires had even been put out should be fired for their irresponsibility. The government officials who want to limit our freedoms even **slightly** should be bounced. They took an oath to uphold our Constitution, not trash it at the first sign of trouble. Finally, any government official who slaves to lobbies of foreign nations, both real and imagined, should be labeled traitors and sent packing. This is the United States of America. Period. Our Constitution and our liberties come FIRST, always. No ifs, ands or buts about it.

Instead, however, it looks like King George and his Court are going to send our nation's best to slaughter and be slaughtered. The Jesters in our media will keep us entertained with phony patriotism and twisted reporting. We'll sing God Bless America as we do the Devil's work. Surely, our Founding Fathers are turning in their graves. 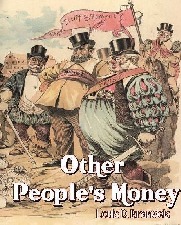