The Obscure Goat Story of 9-11

It is very important to examine the first reactions President Bush had concerning the events of September 11.  You can tell much about the truth by observing the reactions of men. Human nature is almost always the best truth detector and said to be the most accurate lie detector. One of the basic instructions taught to every U.S. military and civilian police trainee is to "watch and observe".  Let's observe what really took place before these headline stories are buried in a sea of obscurity.

"In Sarasota, Florida, Bush was reading to children in a classroom at 9:05 a.m. when his chief of staff, Andrew Card, whispered into his ear. The president briefly turned somber before he resumed reading. He addressed the tragedy about a half-hour later. " - Associated Press, September 12, 2001 [bold emphasis added].

President Bush became briefly somber and continued reading a story about a goat for nearly another half hour. He didn't politely excuse himself to the children, but rather, temporarily stopped reading only to continue on as if nothing had happened.  Is this how you - or anyone around you at the time - reacted when you first heard the news of the WTC tragedy?  At the very least, one would think that Bush would have spent a minute or two being properly briefed by his trusted Chief of Staff before finishing his reading of a goat story. If this was new news to him, one would surely think that he would immediately want to know more details. Does anyone else see that this "Presidential" reaction was out of place and doesn't fit the circumstances?  His reaction seems to imply that this was not fresh news to him, but more of a confirmation of what he might have already known about. Watch and observe.

In human nature, this kind of reaction - in reality, a non-reaction - usually comes about when the hearer either already has knowledge of what he was just told, or he doesn't have any concern over what he was just told.  Some have already said that Bush didn't want to upset the children as an excuse for his continuing to read the goat story.  Wouldn't one have to believe that these 7 year old children were already upset and nervous about having the President read a story with them in their classroom?  A simple and polite "Children, I'm sorry I can't read with you any longer. As the President, sometimes my schedule changes quickly, but I want to thank you for allowing me to join you in reading this story" would have been fitting.  The problem is that's not what happened.  Watch and observe.

It struck us odd that both the above newspaper articles (as well as many others) stressed the word somber in describing the President's first as well as delayed reactions.  That seemed normal enough at first, but then we decided to find out what a somber reaction and manner of speech really is. Watch and observe.

Now it appears that the somber reaction of President Bush is perhaps more revealing than at first glimpse.  If the President "briefly turned somber" and "spoke briefly and somberly about the terrorist attacks," then the reporters were describing both his demeanor and speech as being shadowy, obscure, dark,  unreal, without light, and suspicious.  Was this a mistaken word of description, or were they accurately reporting what they saw and observed?

These newspaper reports are describing the character and demeanor of the President as dark, black, and lightless when Andrew Card told him about the WTC disaster. They did not describe him as becoming sorrowful or concerned, nor even that he appeared upset. They deliberately chose the word somber to relay to their readers how President Bush appeared. Watch and observe.

The reporters also used the same word somber to describe his manner of speech after having had 30 minutes to (perhaps) compose himself from such tragic news.  His manner of speech, nearly a half hour later, was  portrayed with the same descriptions of obscurity, being void of light, suspicious, unrealistic, and shadowy. This is not the depiction of a man who is upset, worried, or concerned about a grave tragedy. Watch and observe.

When one learns of tragic news at the first hearing, his reaction is always described with characteristic words such as shocked, dismayed, worried, awe, sadness, or upset.  This describes how all of us reacted when we first heard the news of the WTC disaster... that is, all of us except President Bush, according to the reporters who were watching and observing him.

When one hears of tragic news after he was told it would - or most likely would - take place, his reaction is described with characteristic words such as disappointed, angry, remorseful, or somber. Watch and observe.

Either the Sarasota, Florida newspaper and AP reporters were both wrong in choosing the word somber, or the President just may have been showing us that he knew what was to happen before he read the goat story to a class of 7 year old children.  Either way, be it irresponsible reporting or an irresponsible President, this is a tragedy in and of itself.  However, it's hard to believe that two or more witnesses separately chose the character word somber by mistake.

The worst thing we can do is to react to the events of September 11 without watching and observing first, as this is our first defense against possible deception.  Human reactions are great lie detectors simply for the fact that they are very difficult to hide.  The lies that may surround the WTC disaster must be exposed.  Truth appears to have already been the first casualty before any airplane was hijacked. 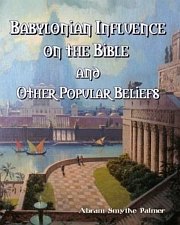