JOIN THE WAR ON TERRORISM AND
WE'LL PUT THE CHEQUE IN THE POST
(EVEN IF YOU ARE TERRORISTS, TOO)

U.S. Helps Nations Who Give Support

WASHINGTON (AP) - From severing relations with Afghanistan's Taliban rulers to stemming the flow of money to terrorists, nations are helping the United States in its new war. The Bush administration is offering help in turn to those countries.

The White House says it's promising nothing in exchange for information or military help in the fight against Osama bin Laden's terrorist network. Yet nations from Pakistan to Russia are benefiting after President Bush established the stakes with the warning: ``Either you are with us, or you are with the terrorists.''

A rundown of some of the support:

PAKISTAN. Pakistan has become a key ally in the U.S. campaign, despite the fact it is the only country that continues to recognize the Taliban as a legitimate government of Afghanistan.

Pakistan has agreed to let the United States use Pakistan's airspace for possible military action against neighboring Afghanistan, where No. 1 terror suspect bin Laden is thought hiding. Details of the agreement still are being negotiated between Pakistani and U.S. defense and intelligence officials. In addition, the State Bank of Pakistan ordered banks to freeze assets of 27 groups suspected of terrorist links.

The United States, in turn, has provided $50 million in assistance and lifted economic sanctions placed on Pakistan in 1998 because of its nuclear tests. (Similar sanctions imposed at the same time against Pakistan's neighbor India were lifted as well.) With U.S. assent, the International Monetary Fund gave Pakistan a $135 million loan Wednesday.

UZBEKISTAN. The recently independent nation, formerly a republic of the Soviet Union, is expected to allow the United States to use its airfields for strikes against neighboring Afghanistan. Unconfirmed reports already have U.S. planes landing at Uzbek bases.

The government in Uzbekistan hopes the aid will persuade the United States to lighten pressure on Uzbekistan to clean up its human rights record. Uzbeks can be sentenced to jail for banned expressions of Islam such as wearing beards or traditional women's head coverings.

TAJIKISTAN. Tajikistan has said it will allow U.S. aircraft to use its bases for anti-terror strikes into neighboring Afghanistan.

Moscow has promised to intensify its support of anti-Taliban rebels in Afghanistan, primarily by supplying the troops with weapons and military equipment.

Russia also has offered its airspace for the cause and promised not to object to the Central Asian republics' offering theirs. The Kremlin also is providing intelligence based on the experience of the Soviet Red Army's decade-long, ultimately unsuccessful, battle to prop up a pro-Soviet government in Afghanistan.

On Wednesday, the Bush administration for the first time demanded that anti-Russian separatist rebels in the Chechnya region cut their ties to ``international terrorist groups.'' The Russians, who are fighting the rebels, had long sought such a statement, which the White House denied was linked to the Russian promises of support.

SAUDI ARABIA. The kingdom cut ties with the Taliban government, saying Afghan leaders were defaming Islam by harboring and supporting terrorists. Taliban diplomats in the Saudi capital of Riyadh were sent packing.

U.S. officials expect to use Saudi air bases as sites for combat aircraft that could be used in anti-terrorist strikes.

The Saudis long ago stripped Saudi-born bin Laden of his citizenship. His wealthy Saudi family has disowned him.

EGYPT. President Hosni Mubarak has pledged to cooperate with Washington in its anti-terrorism campaign. A key U.S. regional ally, Egypt has long been seen as a moderating influence among the Arabs.

However, Mubarak has hinted that his support is linked to future U.S. efforts to end the Arab-Israeli conflict.

Except for Israel, Egypt receives more U.S. aid than any other country, more than $2 billion a year.

JORDAN. Jordanian officials have tightened security around American and Israeli embassies and their diplomats' homes. The authorities, who have discovered several terror cells in the kingdom in the last decade, have offered to give U.S. officials intelligence on terrorist networks.

On Friday, before a White House meeting with Jordan's King Abdullah II, Bush signed a long-languishing agreement that effectively removes all U.S. trade barriers against Jordan. The Senate approved the measure earlier this week.

SUDAN. Sudan has quietly rounded up as many as 30 foreign extremists since the Sept. 11 attacks, apparently to avoid suspicion of involvement, according to a U.S. official who spoke on condition of anonymity. In 1998, the United States launched cruise missiles at a pharmaceutical plant inside Sudan, which the Americans suspected was working on chemical weapons for bin Laden. Sudan, which was host to bin Laden for several years before 1996, contends the Bush administration is capable of military action on a larger scale than the 1998 bombardment if convinced Sudan was involved in the Sept. 11 attacks, the U.S. official said.

On Friday, the U.N. Security Council lifted 5-year-old sanctions against Sudan after the United States gave a green light.

TURKEY. Turkey is allowing U.S. military forces to use its airspace and air bases. It also has offered to share intelligence on Afghanistan. So far, Turkey has received about $10 billion in IMF loans to support its efforts to overhaul its economy out of total $19 billion in promised IMF assistance.

Among the wealthiest U.S. allies are the Europeans, including Britain, France, Germany and Italy. All have agreed to freeze assets linked to terrorist groups. They also plan to meet in Washington with Treasury Secretary Paul O'Neill on Oct. 6 to coordinate counter-terrorist efforts. Individually, France already has frozen $4 million in assets linked to the Taliban. Britain plans to push the United Nations for a resolution to stop money from being funneled to terrorist organizations worldwide. German investigators have issued arrest warrants for two men suspected of helping prepare the Sept. 11 attacks.

While the United States said it remains militarily committed to peacekeeping missions in Bosnia and Kosovo, it has hinted that it may pull some of the thousands of U.S. troops in the region to help anti-terrorist activities instead. European allies would be expected to pick up the slack if that should happen. AP-NY-09-28-01 1906EDT 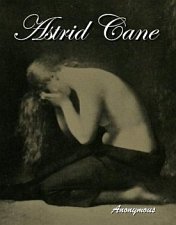