It's the Oil, Stupid!

It's the Oil
Never mind the pundits, the root cause remains the same
by Johnny Angel

In the orgy of examination of who and what is to blame for the events of September 11, we must have heard every conceivable explanation. The American right, as exemplified by President Bush, Fox News and the opinion page of the The Wall Street Journal, blames envy of American values and success. The extreme right blames secular humanism, gay rights and the other bogeymen they love to flog. The center faults lax airport security and a general lack of preparedness, while the left, all but ignored by the corporate media, blames American imperialism and in some cases our unconditional support for Israel.

Yet for all the noise generated by partisans and centrists alike, no one is willing to accept the blatantly obvious, the real underlying factor behind America's involvement in the byzantine labyrinth of Middle East politics. What could possibly motivate the propping up of repressive non-democracies like the Saudi and Kuwaiti royal families, or murderous regimes like that of Reza Pahlavi, Shah of Iran? Or pouring billions into the coffers of Saddam Hussein in the '80s, or even creating the monster that is possibly the mastermind of these attacks, Osama bin Laden, beneficiary of CIA lucre and training?

It's the oil, stupid.

Once again, America's twin addictions, that of its people to cheap gasoline and its corporations to billions of petro-dollars, has led us right into the proverbial pit. Having learned very little or forgotten a lot in the wake of the oil embargoes of the 1970s, America is as strung out on the fossil-fuel jones as any Bonnie Brae Street junkie is on Mexican tar heroin. Even though American dependency on oil from the Middle East has fallen to about 17 percent of national consumption, Saudi Arabia remains the cornerstone, producing 50 percent of the whole world's supply. So in order to keep this economic balm flowing, to keep the status quo static and the balance sheets of the major oil companies brimming, we've installed our military as a kind of mega police force in the region. Our official reason for being there is to ensure "stability," one of the great buzzwords in the history of business, but this is nothing more than spin - the military is in the Middle East to guarantee that whatever comes out of the ground is exploitable and controlled by American multinationals.

And it is the simple fact of the presence of American soldiers on the holy soil of Islam that has so enraged our new nemesis, bin Laden.

Speaking to British journalist Robert Fisk in 1996 Afghanistan, bin Laden made clear his agenda. "When the American troops entered Saudia Arabia [after Iraq's invasion of Kuwait], the land of the two holy places [Mecca and Medina], there was strong protest from the ulema [religious authorities] and from students of the Shariah law all over the country against the interference of American troops," bin Laden told Fisk, who published the comments in The Nation in 1998. The Saudi leaders made a "big mistake," bin Laden said, when they responded by suppressing the protests and cementing ties to the U.S. "After it had insulted and jailed the ulema . . . the Saudi regime lost its legitimacy," bin Laden said. And so began his deadly fatwa against the United States.

Oil has been the prime mover behind any and every political decision in that region since the First World War, when trucks, tanks and planes replaced horses and camels. Once the internal-combustion engine became the technological centerpiece of the century, keeping it going by any means necessary became a most profitable business venture. And despite the myth that has been rammed down America's psyche for eons, American business loathes competition and aims for monopoly. Sure, they'll partner with the Saudi royal family (because the government that they dominate owns all of its oil), but in exchange, anyone in the region who actually believes in the rights of the people of that country to share in the wealth of their homeland is shut out. And forcefully, with the aid of the American military and CIA, as we saw in Iran and during the Gulf War.

This dusty, empty part of the world was basically nothing more than a bedouin crossroads for 1,300 years, between the end of the Crusades and the early 1900s. During the period when America endured revolution and a civil war, and Europe tore itself apart, the Middle East was downright peaceful. Tell me why the United States and Great Britain reflexively back the state of Israel in its battles with its neighbors. Were it not sitting strategically close to vast pools of viscous crude, no one would give a rat's ass about either side.

It's the meddling in the internal affairs of the indigenous people of the region to ensure that said oil stays in the hands of the privileged few that has led to an enraged underground movement of terrorists in these lands. And oil is all we're there for - what else of value comes from that part of the world, what strategic value does it have otherwise?

That may seem as obvious as the nose on our collective face, but it's something no one wants to acknowledge. Especially given the ties between the media and the oil companies: ABC is tied to Texaco, NBC to British Petroleum, Time Warner to Mobil Oil, as revealed in the marvelous media-watchdog flier Censored Alert in the summer of 2000. And now the oil industry is entrenched as America's No. 1 player with Bush and Cheney, two oil men (one failed, one successful) in command.

Eliminate the oil, and the American presence ends in the area; the resentment aimed at our land and our people also ends. Out of sight, out of mind, remember? Never mind the bollocks about how the Arabs envy our wealth: I don't see them terrorizing Monaco or flying jets into the side of the Big Ben. The simple fact is, our armies piss them off as colonial enforcers. Much in the same way that our forefathers loathed Hessians in the American Revolution.

If anything, the leaders of the Middle East are terrified of our abandonment. Like savvy survivors, they play both sides at the same time. Just as an American corporation will donate money to Republicans and Democrats both, so these strongmen pay lip service to America while nodding, winking and (in the case of Yemen and allegedly some Saudi businessmen) donating money to terrorist cells on the side, just to be safe.

It's our own greed and need for control that has led us into this petroleum quagmire. Ross Perot, hardly the voice of progressive politics, made the canny observation in the first presidential debate of 1992 that the Gulf War was fought solely for control of oil and nothing more. He made the further point that American blood wasn't worth shedding over a product that Saddam would have been glad to sell us himself.

Too late for that sort of pragmatism. The war we're about to wage will surely be protracted and costly, with profound repercussions, and all because we decided that dealing with our enslavement to gasoline via conservation, alternative energy sources and the like was just too incon-fucking-venient. Feel that way now? 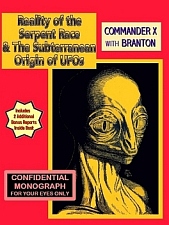