Enslave your girls and women, harbor anti-U.S. terrorists, destroy every vestige of civilization in your homeland, and the Bush administration will embrace you. All that matters is that you line up as an ally in the drug war, the only international cause that this nation still takes seriously.

That's the message sent with the recent gift of $43 million to the Taliban rulers of Afghanistan, the most virulent anti-American violators of human rights in the world today. The gift, announced last Thursday by Secretary of State Colin Powell, in addition to other recent aid, makes the U.S. the main sponsor of the Taliban and rewards that "rogue regime" for declaring that opium growing is against the will of God. So, too, by the Taliban's estimation, are most human activities, but it's the ban on drugs that catches this administration's attention.

Never mind that Osama bin Laden still operates the leading anti-American terror operation from his base in Afghanistan, from which, among other crimes, he launched two bloody attacks on American embassies in Africa in 1998.

Sadly, the Bush administration is cozying up to the Taliban regime at a time when the United Nations, at U.S. insistence, imposes sanctions on Afghanistan because the Kabul government will not turn over Bin Laden.

The war on drugs has become our own fanatics' obsession and easily trumps all other concerns. How else could we come to reward the Taliban, who has subjected the female half of the Afghan population to a continual reign of terror in a country once considered enlightened in its treatment of women.

At no point in modern history have women and girls been more systematically abused than in Afghanistan where, in the name of madness masquerading as Islam, the government in Kabul obliterates their fundamental human rights. Women may not appear in public without being covered from head to toe with the oppressive shroud called the burkha , and they may not leave the house without being accompanied by a male family member. They've not been permitted to attend school or be treated by male doctors, yet women have been banned from practicing medicine or any profession for that matter.

The lot of males is better if they blindly accept the laws of an extreme religious theocracy that prescribes strict rules governing all behavior, from a ban on shaving to what crops may be grown. It is this last power that has captured the enthusiasm of the Bush White House.

The Taliban fanatics, economically and diplomatically isolated, are at the breaking point, and so, in return for a pittance of legitimacy and cash from the Bush administration, they have been willing to appear to reverse themselves on the growing of opium. That a totalitarian country can effectively crack down on its farmers is not surprising. But it is grotesque for a U.S. official, James P. Callahan, director of the State Department's Asian anti-drug program, to describe the Taliban's special methods in the language of representative democracy: "The Taliban used a system of consensus-building," Callahan said after a visit with the Taliban, adding that the Taliban justified the ban on drugs "in very religious terms."

Of course, Callahan also reported, those who didn't obey the theocratic edict would be sent to prison.

In a country where those who break minor rules are simply beaten on the spot by religious police and others are stoned to death, it's understandable that the government's "religious" argument might be compelling. Even if it means, as Callahan concedes, that most of the farmers who grew the poppies will now confront starvation. That's because the Afghan economy has been ruined by the religious extremism of the Taliban, making the attraction of opium as a previously tolerated quick cash crop overwhelming.

For that reason, the opium ban will not last unless the U.S. is willing to pour far larger amounts of money into underwriting the Afghan economy.

As the Drug Enforcement Administration's Steven Casteel admitted, "The bad side of the ban is that it's bringing their country--or certain regions of their country--to economic ruin." Nor did he hold out much hope for Afghan farmers growing other crops such as wheat, which require a vast infrastructure to supply water and fertilizer that no longer exists in that devastated country. There's little doubt that the Taliban will turn once again to the easily taxed cash crop of opium in order to stay in power.

The Taliban may suddenly be the dream regime of our own war drug war zealots, but in the end this alliance will prove a costly failure. Our long sad history of signing up dictators in the war on drugs demonstrates the futility of building a foreign policy on a domestic obsession.

You can do it stupid!
Give em the money
Then bomb them!
I did it to Iraq 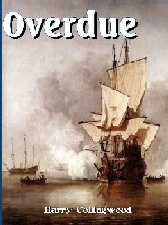