As the International Criminal Court moves closer to reality, some observers see the new global body looking over the shoulder of the United States in the worldwide battle against terrorism – potentially invoking its authority against "genocide" and "crimes against humanity." The controversial International Criminal Court has moved one step closer to full ratification as the United Kingdom became the 42nd country to OK the panel's creation, and some observers are wondering how the new body might react to action taken by the United States in its war on terror.

The court – which needs 60 nations to ratify the Rome Statute to be officially approved – is to be a permanent tribunal with jurisdiction over individuals indicted for war crimes, genocide and "crimes against humanity." Nations specifically omitted terrorism and drug trafficking in the draft statute.

President Bush has indicated his strong opposition to the court that some government advisers see as a grave threat to American sovereignty. Former President Clinton signed the ICC treaty on Dec. 31. Once a nation signs the treaty, the next step is ratification. U.S. lawmakers have been reluctant to endorse the court because it is unpopular with large segments of the electorate. Bush is reported to have sought legal counsel for advice on rescinding the U.S. signature.

Some European delegates to a preparatory session for the ICC remarked that America's failure to ratify the treaty may "potentially alienate allies, thereby eroding support for global coalition against terrorism." United States allies that have ratified the ICC treaty in addition to the United Kingdom include France, Germany, Canada and Italy, among others. Several nations have indicated that the United States should not "act unilaterally" in its response to the terrorist attacks of Sept. 11.

Terrorism, say some ICC delegates at the United Nations, may change the tone and pace of the ratification process. Three nations have ratified the ICC treaty since the session opened Sept. 27, just two weeks after the terrorist assaults on America. U.N. Secretary-General Kofi Annan opened the eighth preparatory commission on the ICC with an acknowledgment that the recent terrorist tragedy boosted the court's profile among nations.

"I think the climate has changed somewhat since the 11th of September, and I think we are going to get much more support that we had not counted on," Annan said.

Yet, under the rules of the ICC statute, terrorism is not a crime over which the court would have jurisdiction. The court lacks jurisdiction because delegates at the ICC meetings have been unable to agree on the definition of terrorism.

However, warns Ron Rychlak, a professor of law at University of Mississippi attending the U.N. session this week, the court, once operative, could attempt to wield jurisdiction over President Bush and American service personnel. If the U.S. response to the terrorist attack is construed by the ICC as broad enough to be "genocide" against a group of people or as a "crime against humanity" if too many civilians are killed, American leaders are open to indictment.

Defenders of the ICC point to a solution for terrorism jurisdiction that is making the rounds in the U.N. corridors this week.

"We don't actually need a definition of 'terrorist,'" said one delegate to the preparatory commission. "We have the definitions of the crimes – so if someone, anyone, including a so-called terrorist, commits a crime that is as broad and as heinous as the New York attack, we have jurisdiction." Legal experts assisting delegates at the ICC session say that a crime such as the assault on America could be listed under the ICC definition of a "crime against humanity."

The United Nations General Assembly, also meeting this week, emphasized the importance of strengthening the "global legal arsenal in the fight against terrorism," according to the U.N. press office. New York Mayor Rudy Giuliani praised the United Nations for adopting Resolution 1373, an anti-terrorism resolution that establishes sanctions against nations that subsidize terrorism. Giuliani's formal address to the Assembly charged the United Nations to "hold accountable any country that supports or condones terrorism, otherwise you will fail in your primary mission as peacekeeper." Several delegates at the ICC session point to the International Criminal Court as the best weapon in that "legal arsenal."

Not all agree with that assessment, however. Earlier this week, Sen. Jesse Helms, R-N.C., re-introduced the American Servicemembers Protection Act. The act eliminates military aid to non-NATO nations who ratify the Rome Statute.

The Rome Statute was adopted in Rome in 1998, despite opposition by the United States. In March 1998, the Pentagon met with foreign defense attachés to warn them that the United States saw the ICC as a possible vehicle for politically motivated prosecutions. In April of 1998, Helms, then chairman of the Senate Foreign Relations Committee, declared that the ICC would be "dead on arrival." The Cato Institute outlined several objections, including that the ICC would "produce arbitrary and highly politicized 'justice,' and grow into a jurisdictional leviathan." Cato also points out that future "vague offenses as 'serious threats to the environment'" could become additional prosecutable "offenses" under such a court.

Critics of the court have cast the ICC as the dream of internationalists to create a world court – a complementary institution for the United Nations that would evolve into a world government. Yet others insist the ICC is what the world must institute to contain the scourge of injustice in its many guises.

The World Federalist Movement promotes global governance and the ICC. The WFM dates from the 1940s and counts Albert Einstein among its champions. Einstein wrote, "I advocate world government because I am convinced that there is no other possible way of eliminating the most terrible danger in which man has ever found himself."

William Pace, WFM executive director, also serves as the convener of the International Coalition for the International Criminal Court. Pace told WorldNetDaily that the ICC would be independent of the United Nations. The United States objects to the ICC, said Pace, because "they wanted a court they could control." Pace contends that the United States must accept limited sovereignty in the face of an interdependent planet where "globalization of justice" is the will of most of the world's democracies.

John R. Bolton, U.S. undersecretary for arms control and international security, disagrees. The ICC is a "fundamentally flawed idea that the United States should unequivocally reject and actively oppose," according to Bolton. The undersecretary objects to the court on practical as well as legal grounds.

Bolton noted, "First, the ICC wrongly assumes that war-crimes perpetrators will actually be deterred by the risk of possible conviction. But hard men like Hitler and Pol Pot are often not deterred from aggression, even by cold steel, let alone by a weak and distant institution with no real enforcement powers."

Bolton claims the ICC would erode America's ability to act independently in her own best interest. Bolton's January 2000 analysis of the court was that "restraining U.S. military power is the real hidden agenda here. Already Mary Robinson, the U.N. high commissioner for human rights, accused NATO of acting illegally in the air campaign against Yugoslavia – a precursor of things to come."

Supporters of the ICC are ecstatic with the pace of ratification. Annan said he expects the International Criminal Court to be instituted by summer of 2002.

Mary Jo Anderson is a contributing reporter to WorldNetDaily. 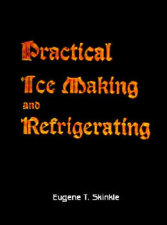